This website requires certain cookies to work and uses other cookies to help you have the best experience. By visiting this website, certain cookies have already been set, which you may delete and block. By closing this message or continuing to use our site, you agree to the use of cookies. Visit our updated privacy and cookie policy to learn more.
Home » SPONSORED BY SAFTI FIRST
Sponsored By
SAFTI FIRST
Architectural ProductsGlass & GlazingBuildings by TypeTransportation Architecture

Award-Winning Transit Center Brings Daylight from the ‘Outside In’

A well-thought out and executed design is important for any project to succeed, and this is more critical than ever when designing transit centers. First and foremost, the design has to be functional. Transportation terminals have to efficiently move thousands of people while employing advanced technologies that enhance wayfinding techniques and safety. Because it is also a symbol of the community, aesthetics play a significant role as well.

The task of combining function with aesthetics for the proposed BART Milpitas Transit Center was given to VBN Architects, now part of the STV Group. The designers knew early on that one of the hundreds of established BART design standards includes tracks that would run below ground level so that operations and safety procedures would be consistent throughout the railroad.

It would help a great deal too if the station itself was beautiful. “I began to recognize that our mission was to create an experience of arrival that is or can be memorable, enjoyable, and something that is a celebration of movement,” adds Naor.

When the BART Milpitas Transit center finally opened on June 13, 2020, it is clear that it was “mission accomplished” for the design team. The architects successfully brought the outside in by incorporating three skylights (as shown in this drone video) to allow an abundance of natural light to illuminate the station. The center skylight was placed directly above the welcome hall while the two skylights on either side allowed natural light to flow vertically through two levels—from the entrance/ticketing level down to the tracks where the train cars are.

Because of the train cars below, this created a 1-hour light well. To make sure natural light flowed both vertically and horizontally, ASTM E-119/UL 263-rated, USA-made SuperLite II-XLB 60 fire-resistive glazing was used on the light wells placed on the entrance/ticketing level allowed visitors to see down to the tracks, which contributed to wayfinding. SuperLiteII-XLB 60 has a maximum clear view area of 10,000 sq. in. (125-in. maximum clear view width or height) in both fully captured and butt-glazed wall applications. This makes SuperLite II-XLB 60 the largest fire-resistive glazing product available in the market today. 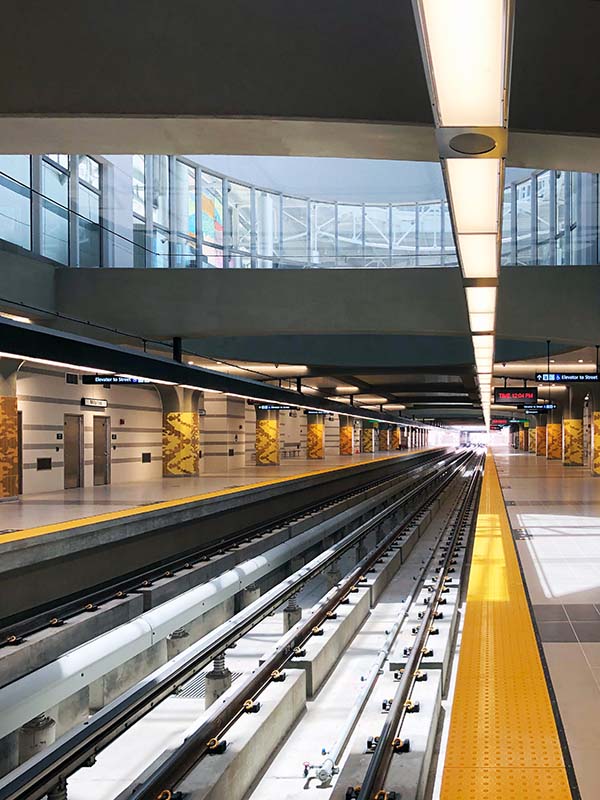 One of the two lightwells at BART Milpitas Transit Center using 1-hour, ASTM E-119/UL 263 fire-resistive, butt-glazed walls as seen from the lower level where the train tracks are. Photo © SAFTI FIRST, click to enlarge.

To ensure maximum transparency, SuperLite II-XLB 60 was used in a butt-glazed application to eliminate vertical mullions. To increase the height of the transparent, butt-glazed wall area, the SuperLite II-XLB 60 glass panels were stacked on top of each other with horizontal mullions using ASTM E-119/UL 263-rated, USA-made GPX Architectural Series fire-resistive framing. Structural steel was placed behind the butt-glazed lites to provide additional support. The GPX Architectural Series Framing was also used in the perimeter to complete the look. Having the flexibility to supply the SuperLite II-XLB 60 fire-resistive butt-glazed glass wall to accommodate the circular light well design meant that the architects did not have to compromise their design aesthetic to meet fire-rated code requirements.

The result is a beautiful, light-filled transit center that was recently chosen as an honoree during the Structures Real Estate Awards, which celebrates the best of Silicon Valley real estate and development. 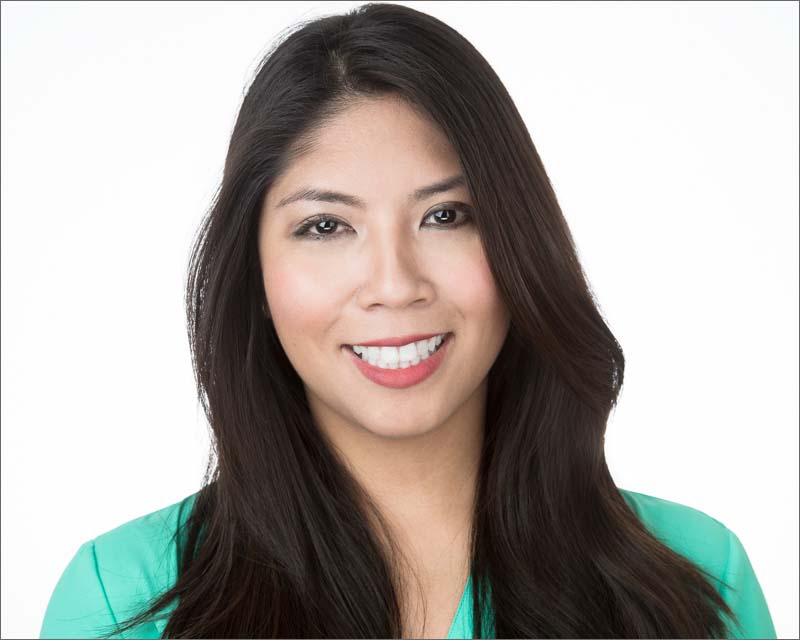 Diana San Diego has over 15 years of experience in the architectural glazing industry and over 17 years of experience in public relations and marketing. As the vice president of marketing at SAFTI FIRST, leading USA-manufacturer of fire-rated glass and framing systems, she oversees the advertising, content management, media relations, promotional activities, and communication initiatives for the company. She is also involved in creating and promoting SAFTI FIRST’s various educational programs, including “Code Considerations in Fire Rated Glass,” “Designing with Fire Rated Glass,” and “Innovative Design Applications with Advanced Fire Rated Glazing Technology” which are registered with the AIA, ICC, and AIBC.

Diana holds a BA in communications and marketing from Loyola Marymount University in Los Angeles. She is also an avid golfer, wine enthusiast, and curious traveler.