As the world began to reopen in the late stages of the covid-19 pandemic, Dan Mazzarini, principal at BHDM in New York, stressed the value of his company’s headquarters.

“Our space is, and remains, very important,” Mazzarini said. “We are in the business of building physical spaces for people to get together, so we have to walk the walk.”

Walking the walk is the M.O. of BHDM since it was founded by Mazzarini nearly a decade ago. His team approaches each project in a narrative way—not just bringing their own aesthetic but understanding that there is a question to answer that is appropriate for each project.

“We look at each project as a particular problem to solve,” Mazzarini said. “Each brand has a distinct look and it’s really about defining what that is. So all of our work hopefully looks different from one project to the next.”

In designing his company’s new office in Manhattan, the problem Mazzarini needed to solve was twofold: attracting talent and making them feel at home while also creating a space that would also allow the beautiful design work to take center stage when clients came to visit.

The solution, as it turns out, was relatively easy. Mazzarini turned to the classic colors of black and white with Formica ColorCore 2 Laminates. 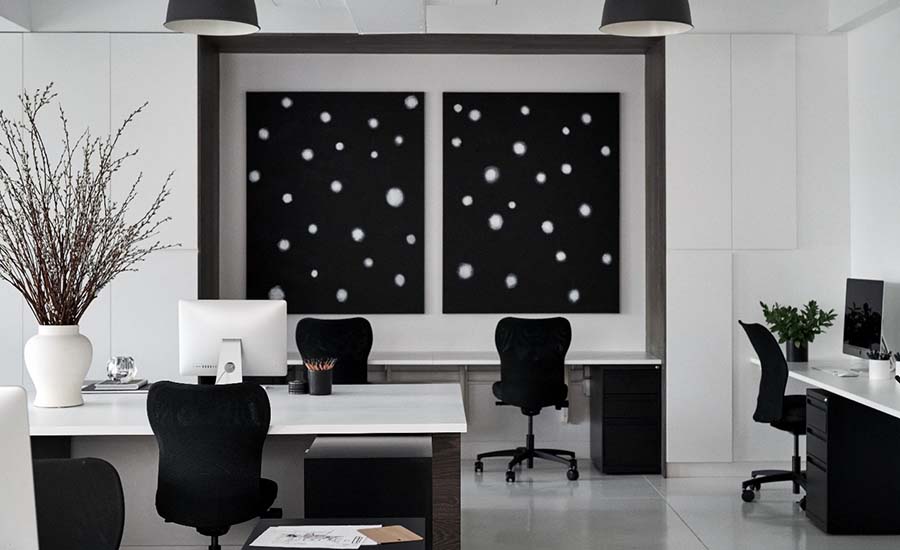 “Our office is a melting pot for ideas; an incubator for lots of different projects happening all at once,” Mazzarini explained. “I wanted to create a backdrop where projects of different types, colors, and styles could be in here at the same and have them all relay the key element that sings.”

The backdrop—the black and white ColorCore 2 Laminates—is found in the case work throughout the bullpen area. Mazzarini praised the “no brown line” feature of the colored core.

“It’s been a game changer in terms of durability and look and being able to offer clients something that looks and feels more like a finished piece of millwork,” he said. “It’s really elevated the products that we can put out to people.” 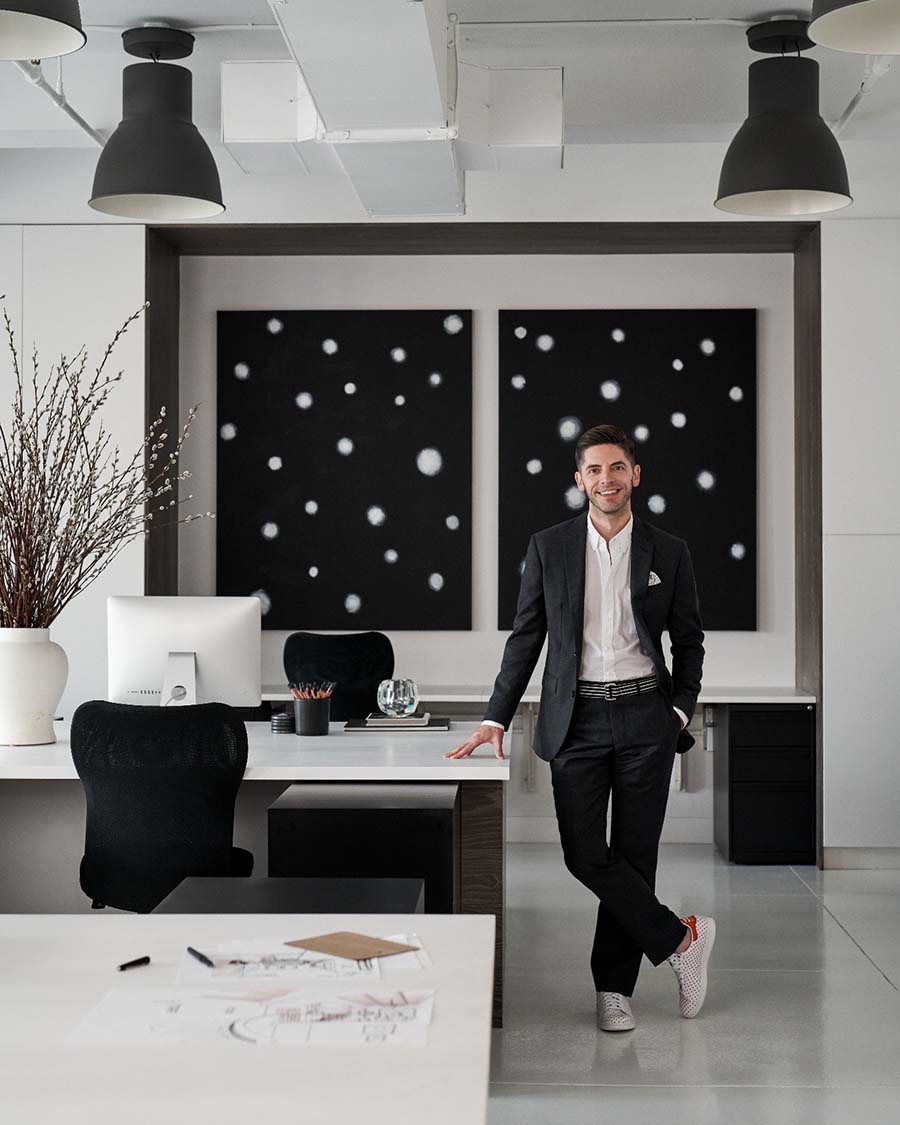 Mazzarini went on to explain that he treats black as an eyeliner for just about every project—it can be a backdrop or a point of emphasis. As it turned out, black lines may be a key reason he pursued the field of design in the first place.

“My grandfather painted as a hobby, and when I was very young he used to draw things my sister and I would ask him to draw as an outline and let us color it—within the lines,” Mazzarini remembered. “From an early age, art—and being artistic—was always nurtured in me.”

That passion followed him to college, where Dan was first exposed to Formica Laminates.

“Formica Corporation seemed to be one of the few companies who would happily send samples to design students in Oxford, Ohio,” Mazzarini said. “At that time, it was primarily just laminate, but it’s been exciting to see the company evolve in style and breadth of products.”

Mazzarini reported that he’s happy to specify one of those expanded product lines, Everform Solid Surface, on just about every project now (“a nonporous surface always goes to the front of the line”). But he insisted he found the perfect fit for his office with the black and white ColorCore 2 Laminates.

“I wanted something that would be timeless; that we wouldn’t walk in the office in five years and have regrets,” Mazzarini said. “We have absolutely found that, and we have a space now that is a great launching pad for our team and our clients.”