A story of collaboration

The story of the Duke Ellington School of the Arts (DESA) renovation demonstrates the value of Open BIM. Through detailed coordination across project teams – employment of Open BIM by all team members enabled execution of an extremely complex adaptive reuse project possible. DESA required a unique approach because of the cultural heritage preservation aspect of this school remodel.

In this case study, we will examine how a single model workflow served the CG+S team to create an iconic theater space. CG+S exploited the power of IFC coordination with structural engineers working on the steel frame that became the Ellington School theatre. An expert team of architects, structural engineers, and construction management pros was involved in what ended up being an iconic and award-winning achievement in design and collaboration. Each project member relied on heavy BIM collaboration during the construction phase. 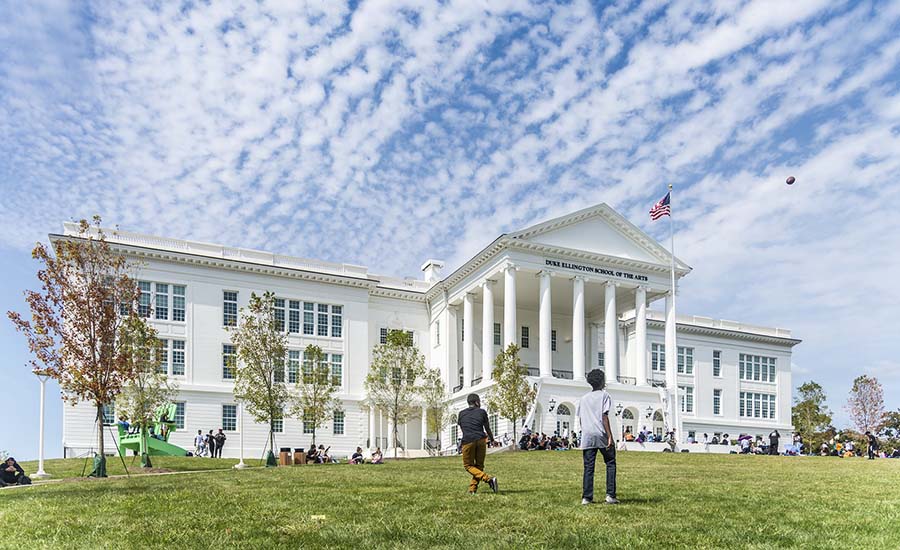 When Washington, D.C. leaders reached out to the design community to locate the firm that would bring DESA up to 21st century design standards, and provide arts program spaces, it unleashed a massive creative energy onto the project. Firms from around the world competed to be chosen for this project – one that would present numerous challenges.

The building in which the school operated since its inception in the 70s lacked adequate program spaces. Originally called Western High School, the front portico had been created in 1898 with subsequent additions in the early 1900s. An upgrade was sorely needed to allow the arts program to flourish within a technically sound, professional level performance space as well as multiple areas for fine art instruction and music. DESA needed a renovation that would achieve the goal to create a facility capable of technical production and theater performance on a “Broadway” level.

The challenge grew exponentially when factoring in the historic designation of the building itself. Designers needed to work to preserve the past and modernize for the future all within a constrained site.

Architects at CG+S embraced this design challenge, presenting a concept that helped set them apart from the collection of firms competing to win the project. Their design ideas helped them win the project. 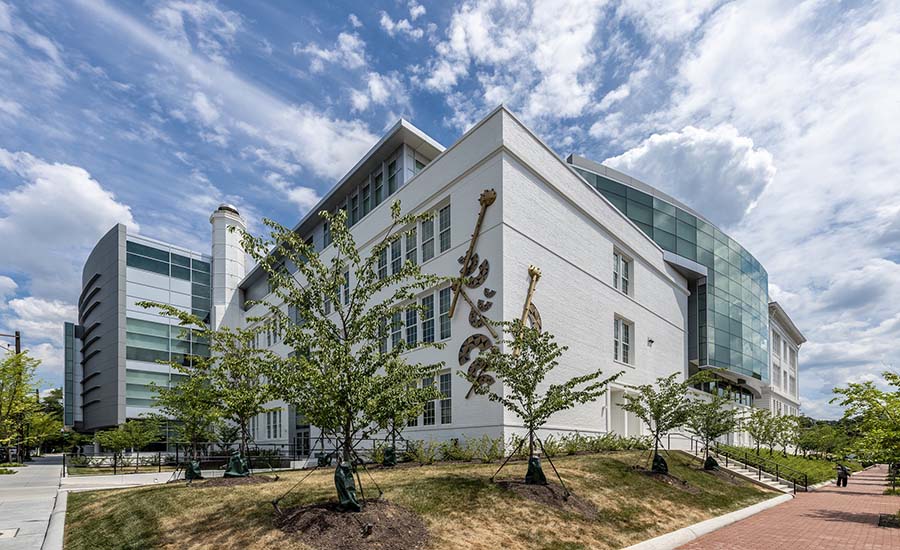 Once the project was awarded, the task of making it happen began. The renovation project was ambitious, seeking to double the space within the school for performances, program spaces, and academics. Careful consideration had to be in place as sections were chosen for demolition. The main goal to add open spaces, light, and provide students with a secure orientation – centered around the school’s now-iconic egg-shaped theater.

CG+S also had to maintain an eye on the Historic Preservation of the original structure. Keeping this in focus eventually earned them an award in recognition of having realized a balance between historic and modern design. For example, the original building’s “front bar” is preserved, yet when visitors enter – they encounter a transformed space. CG+S communicated their design intent in detail via Archicad.

CG+S had to sort through historical drawings, dating back as far as 1896. They also needed to make sense of a patchwork of renovations and additions that occurred in 1910, 1925, 1982. Each time the school was modified, the work was documented with varying levels of detail. This painstaking research helped the firm arrive at accurate existing conditions to put in their model and use to share with consultants.

Point cloud technology provided valuable insight after demolition. It allowed the team to see the bones of the building and then adjust the model to reflect actual conditions. Creating a point cloud of the back bar model, which was then overlaid with the first, provided an opportunity to clearly evaluate where design changes were needed.

Consultants, subcontractors, and mechanical engineers used that information to manage their own aspects of the building. During meetings with subcontractors, the team went duct by duct to confirm the actual intended installation routes were going to work. As the project progressed, point cloud technology also supported documenting the theater structure. Through this process, the subs were then able to pre-fabricate components in their shop to reduce costs. 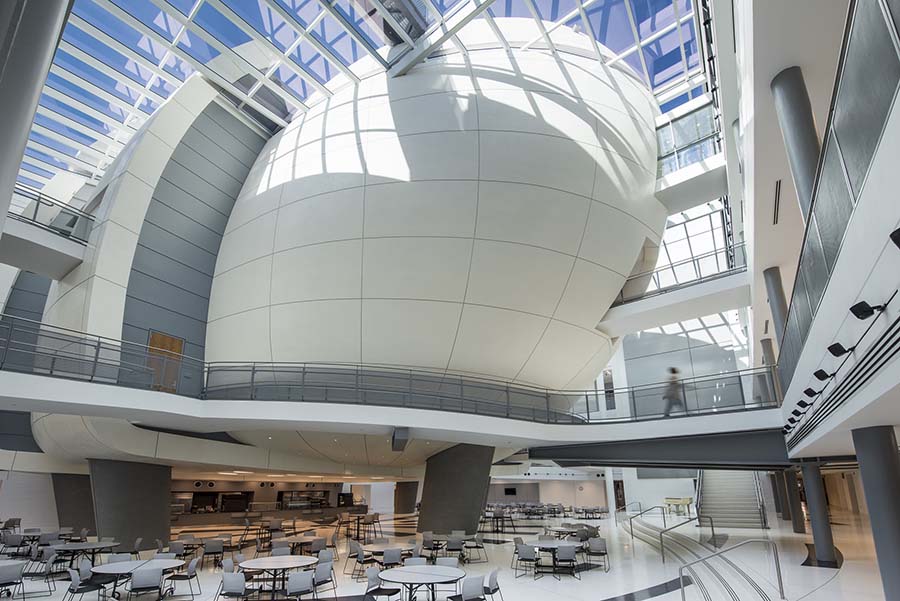 What can be learned from the way the DESA project forced architects, engineers, and construction teams to work closely together? Architects and engineers produce and exchange information every day. On DESA there were obstacles that could have impacted the success of the project on many levels. To properly support coordination between these two disciplines and across so-called “silos of information”, Archicad was essential to the entire team. They relied on IFC file exchange for consultant coordination and management of 3D design of complex geometries and to visualize, design, and construct an innovative design. The CG+S office culture embraced the collaborative team process and committed to working closely with the structural engineer, for example. Many hours spent side by side inserting pieces of steel into the model, to make sure that they fit between the inside and the outside skin of a theater paid off. The architectural and structural teams worked together in the model as the model developed.

The benefits of working within a single model meant that if a team member noticed an issue or if a design element conflicted with a structural element, CG+S was able to adjust their approach. For example, this single model, BIM workflow allowed the export of the steel frame in IFC to enable an open collaboration process with the trades involved in the structure of the DESA theater and then also the skin of the theater.

Structurally the DESA theater represented the most complicated project that the team had worked on to that point. It presented design challenges, specifically the theater framing of a five-leg support. In person, the architectural and structural experts mapped out the preliminary framing directly in the Archicad model. The model also supported coordination with MEP engineers to route ductwork.

Close collaboration supported the success of the DESA project even on the constructability front. The atrium skylight gutter support had been designed to span the entire 80 feet from the stage to the historic front bar, but soon it became clear those existing brick walls couldn’t support it. Initially, the idea was to resolve this with Teflon plates and slotted holes that would be installed inside the front bar to spread the loads. On paper it looked as though all would work, however, close collaboration revealed that a single column could be a more efficient and cost-effective solution.

The Duke Ellington School of the Arts project demonstrated how BIM workflows can facilitate creative design solutions. By studying the way teams collaborated in Archicad one sees that BIM workflow provides efficiency and accuracy in implementation of design solutions. In conclusion, this type of collaboration has a positive impact on the exchange of information between trades, making an extremely complex project possible.