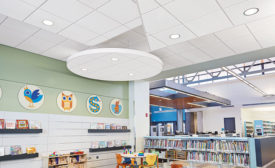 A school might have a stellar faculty and engaging curriculum—but students won’t benefit if they can’t hear their teacher. 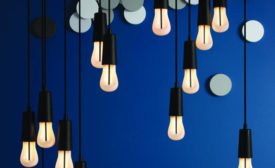 Julie Taraska
One Comment
LED fixtures continue to prove that you can be energy-efficient without compromising aesthetics.
Read More

When it comes to the windows of historic buildings, both the National Park Service and the National Trust for Historic Preservation agree: it’s better to repair original casements than replace them with updated copies. 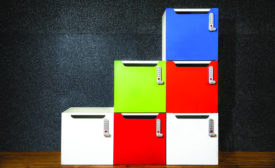 Rita Catinella Orrell
No Comments
The latest kitchen and bath products provide options that either look to the past for inspiration or bring us closer to the future.
Read More

David Sokol
No Comments
Typically following Milan’s supersize furniture fair, the launches at N.Y.C.’s smaller International Contemporary Furniture Fair can echo the Italians. This year’s more eclectic mix of furnishings and materials, however, was more likely to be touted as green. - David Sokol The style council The San Francisco–based Council, launched in 2007 invites various talents to submit designs for consideration and chooses its collection from the resulting entries. For its second year, Council plucked concepts from Cédric Ragot, whose Stabil nesting tables feature a powder-coated-steel tabletop cantilevered seemingly precariously from a string-thin, asymmetrical base. The One & Co–designed Periodic Table, a block
Read More

A first in NeoCon history placed Herman Miller’s Teneo as Best of Competition.