A new campus museum quietly serves up a visual banquet. It’s tempting for designers to try to turn art museums into works of art themselves. But what if the client’s directive is just the opposite? A new campus museum in the Bay Area by the New York–based firm Ennead Architects may disappoint those hoping for a bigger architectural statement.

James S. Russell, FAIA
No Comments
The Harvard Art Museums, during renovation and expansion, showing the new addition. From Quincy Street, you would never know that the overhauled Harvard University Art Museums, in Cambridge, Massachusetts, lurks behind the puritanically aloof facade of the neo-Georgian Fogg Museum. Even the long boxy volume of Renzo Piano’s addition, which hoists itself one-story above Prescott Street, behind the rear of the Fogg, doesn’t fully disclose its size, even with showy glass cubes poking out at either end. The Fogg is now just one of three merged collections that opened November 16. To accommodate a daunting array of competing programmatic agendas
Read More

Sacré Bleu!: High over the treetops in the Bois de Boulogne, Frank Gehry’s contemporary art museum for a French luxury magnate is an astonishing work of architectural couture.
Cathleen McGuigan
No Comments

The Fondation Louis Vuitton (FLV), designed by Frank Gehry, may appear transparent, but it is a building that doesn’t easily give up its secrets.

Panamania: A museum becomes an instant icon for a developing nation while upping the ante for design excellence.
Beth Broome
No Comments

A museum becomes an instant icon for a developing nation while upping the ante for design excellence. 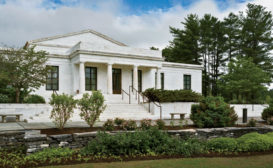 A Classic Remastered: A sensitive restoration and renovation of an art museum intensifies its original aura.
Wendy Moonan
No Comments

Annabelle Selldorf was an obvious choice to renovate the venerated museum of the Sterling and Francine Clark Art Institute in Williamstown, Massachusetts, home to a stellar collection of European and American paintings. 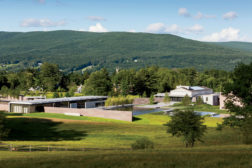 Lasting Impression: Since it opened in 1955, the Sterling and Francine Clark Art Institute has drawn 200,000 visitors annually to see its French Impressionist paintings among 9,000 works of art.
Wendy Moonan
No Comments

Last month the Clark completed a $145 million campus expansion on its 140-acre site in the Berkshire mountains of Massachsetts. Included is a new visitor center by Tadao Ando Architect & Associates and a renovation of the existing museum by Selldorf Architects.

Catalytic Converter: A new art museum transforms an old coal-conveying platform into a different kind of power generator, jump-starting the redevelopment of an industrial part of Shanghai.
Clare Jacobson
No Comments

A coal-conveying platform from the 1950s and a parking garage from the first decade of the 21st century act as unlikely form-givers to Atelier Deshaus’s new Long Museum West Bund in Shanghai. 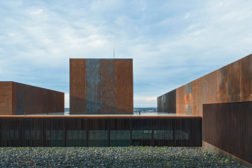