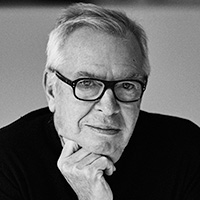 David Chipperfield is the princpal of DCA, which has won more than 100 awards, including the RIBA Stirling Prize in 2007 for The Museum of Modern Literature in Marbach, Germany, and both the Mies van der Rohe Award (European Union Prize for Contemporary Architecture) and the Deutscher Architekturpreis in 2011 for the Neues Museum, Berlin. Sir David Chipperfield is a member of the Royal Institute of British Architects, and an honorary fellow of both the American Institute of Architects and the Bund Deutscher Architekten.