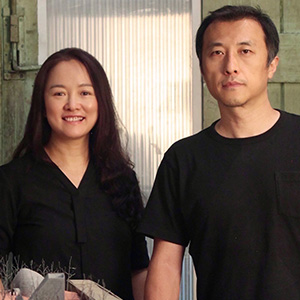 LI and HUANG co - founded OPEN in New York City in 2006, and subsequently established their office in Beijing in 2008 . Prior to OPEN, LI Hu was the partner of Steven Holl Ar chitects, and director of Columbia University GSAPP’s Studio - X Beijing. HUANG was a senior designer and associate at the New York - based firm Pei Cobb Freed and Partners.

Recent books on OPEN include Reinventing Cultural Architecture: A Radical Vision by OPEN (2022, published by Rizzoli), OPEN Questions (2018, published by UED), Towards Openness ( 2018, published by ORO Editions) and OPEN Reaction (2015, published by China Architecture & Building Press). OPEN has also been invited to participate in many importan t international exhibitions, such as the Venice Biennale 2014 and 2021, the inaugural Chicago Architecture Biennial in 2015, and “Soul of the City” in Verona, Italy in 2017.