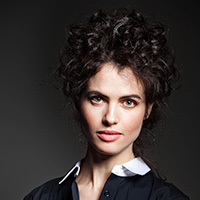 A multi-disciplinary designer, Oxman founded The Mediated Matter Group at the Massachusetts Institute of Technology in 2010 where she established and pioneered the field of Material Ecology, fusing technology and biology to deliver designs that align with principles of ecological sustainability. Oxman became a tenured professor at MIT in 2017.
Oxman received her PhD in Design Computation at MIT in 2010. Prior to that, she earned a diploma from the Architectural Association in London, complementing studies at the Faculty of Architecture and Town Planning at the Technion Israel Institute of Technology, and training at the Department of Medical Sciences at the Hebrew University, Jerusalem. Oxman was an architect and research consultant at Kohn Pedersen Fox Associates in London from 2004-05, during which she also served as Visiting Associate and Evaluator for SmartGeometry Group.
In addition to over 150 scientific publications and inventions, Oxman’s work is included in the permanent collections of leading international museums including MoMA, San Francisco Museum of Modern Art, Centre Pompidou, MAK Museum of Applied Arts, FRAC Collection for Art and Architecture, and the Cooper Hewitt Smithsonian Design Museum. Her work has been recognized at the World Economic Forum, where she was named a Cultural Leader in 2016 and is a member of the Expert Network. In 2018, Oxman was honored with the Cooper Hewitt National Design Award and the London Design Innovation Medal. In 2019, Oxman received an Honorary Fellowship by the Royal Institute of British Architects and the Contemporary Vision Award by SFMOMA.