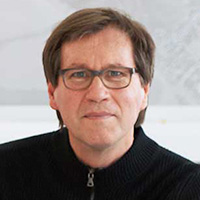 Since founding Thomas Phifer and Partners in 1997, Thomas Phifer has completed an expansion of the Glenstone Museum in Potomac, Maryland, an expansion of the Corning Museum of Glass in Corning, New York, the United States Courthouse in Salt Lake City, Utah, the North Carolina Museum of Art in Raleigh, North Carolina, the Raymond and Susan Brochstein Pavilion at Rice University in Houston, Texas, and numerous houses in the Hudson River Valley of New York State. Ongoing projects include the Museum of Modern Art and TR Warszawa Theatre in Warsaw; Cine Colombia headquarters in Bogotá; an outdoor performance pavilion in Austin; a student center and an International Studies Center for Indiana University in Bloomington; private residences in Portugal, Texas and New York. Thomas Phifer is also engaged in the South Battery Park City Resiliency Project in Lower Manhattan. Thomas Phifer received the prestigious Rome Prize from the American Academy in Rome in 1996 and was awarded the Medal of Honor from the New York Chapter of the American Institute of Architects  in 2004. He was elected as an Academician of the National Academy of Design in 2011. In 2013, Thomas Phifer received the Arts and Letters Award in Architecture from the American Academy of Arts and Letters. In 2016, he was honored by the New York Chapter of the American Institute of Architects with the President’s Award and by the Sir John Soane’s Museum Foundation. He also gave the 2016 keynote lecture at the Royal Institute of British Architects in London. In 2019, he was awarded the National Design Award in Architectural Design from the Cooper Hewitt Smithsonian Design Museum. Thomas Phifer is a Fellow of the American Institute of Architects and serves on the boards of the Architectural League of New York and the Sir John Soane's Museum Foundation.