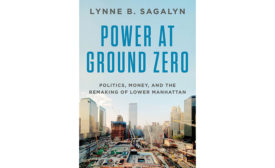 By Lynne B. Sagalyn
Alex Cohen
No Comments

Lynn Sagalyn presents an exhaustive account of the conflicted planning and troubled execution of the epic redevelopment of Ground Zero. 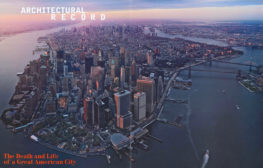 Fifteen years later, the magazine looks back on our coverage of the tragedy that changed the world.
Miriam Sitz
No Comments

“People thought New York was finished,” says Architectural Record editor in chief Cathleen McGuigan, thinking back on the days after September 11, 2001. “People didn't understand how a city could go on.” But in the decade that followed, the city and country did carry on, spurred by tragedy into new conversations about politics, security, and architecture.