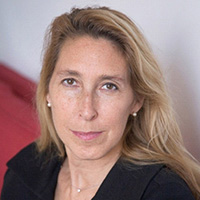 Brian is founding principal of ISA, and serves as creative director across all aspects of the firm’s work. He earned his Master of Architecture from the University of Pennsylvania and BS from the University of Oklahoma. He has lectured widely on urbanism, housing and the work of ISA. Brian was awarded a 2011 Pew Fellowship in the Arts, and was named an Emerging Voice by the Architectural League of New York in 2015. He is a lecturer at PennDesign, and has taught visiting studios at the University of Miami and Parsons the New School for Design.

ISA’s work has been featured in ARCHITECT, Architectural Record, DWELL, Metropolis, The Boston Globe, The Philadelphia Inquirer, The New York Times, and on NPR Radio. The office has won over fifty local, regional, and national design citations, including the Philadelphia AIA Silver and Gold Medals, and 4 AIA National Housing Awards.