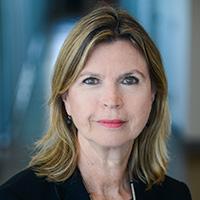 Cathleen McGuigan is editor-in-chief of Architectural Record, the nation’s leading architecture publication for more than a century. McGuigan, who is the second woman to serve in this role, was named to the post in 2011. Under her leadership, Record won the 2012 Grand Neal award, the top American Business Media award for overall excellence. She also serves as editorial director of SNAP. McGuigan, a former Newsweek architecture critic and arts editor, is a graduate of Brown University and has been a Loeb Fellow at the Graduate School of Design at Harvard. McGuigan has taught at Columbia University’s Graduate School of Journalism and has been a Poynter Fellow at Yale. She sits on the board of trustees of the Skyscraper Museum in New York.