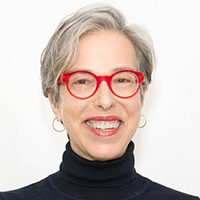 Joann Gonchar, FAIA, is a senior editor at Architectural Record. She joined RECORD in 2006, after working for eight years at its sister publication, Engineering News-Record. Before starting her career as a journalist, Joann worked for several architecture firms and spent three years in Kobe, Japan, with the firm Team Zoo, Atelier Iruka. She earned a Master of Architecture degree from the University of Pennsylvania and a Bachelor of Arts from Brown University. She is licensed to practice architecture in New York State.