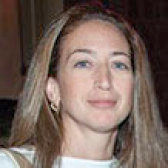 Josephine Minutillo has been a contributor to Architectural Record since 2001. After practicing architecture for several years in New York City, she turned her attention full time to writing, joining the staff of Record as Senior Editor in 2008. In her current role as Features Editor, she reports on major building projects, exhibitions, and design innovation. Her articles have also appeared in Interior Design, Mark, Frame, Surface, Azure, Whitewall, Interni, Monument and Encyclopedia Britannica, and she was previously a Contributing Editor to Architectural Digest. She has been an invited critic at Washington University in St. Louis, New Jersey Institute of Technology, Pratt Institute, The City College of New York, and Yale University. @josephineminutillo_