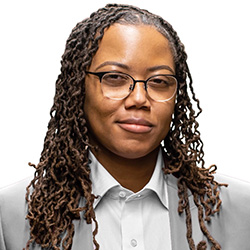 Rhodes's impact on the industry ranges from local to international efforts to open up the field of preservation and public lands to new audiences. Prior to becoming a Loeb Fellow at Harvard University’s GSD last year and her current tenure as Rome Prize Fellow in Historic Preservation and Conservation at the American Academy in Rome, she developed the first program at two of the largest national organizations, the National Trust for Historic Preservation and the National Park Foundation, to diversify the preservation profession and to reinstitute programs in the national parks that tell stories related to African American, Latinx, and women’s history. Over the course of her career, Rhodes has helped raise, deploy and manage more than $150 million in funding and has directed preservation activities in 46 states..