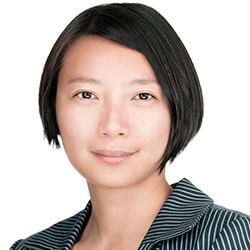 Since co-founding New York-based firm SO-IL with Florian Idenberg in 2008, architect Jing Liu has been on the forefront of interdisciplinary practice and research. Her projects range from artistic collaborations with contemporary choreographers and visual artists to masterplan and major public realm design such as the Melbourne Arts District in Australia. Liu has led her firm in engagement with the socio-political issues of contemporary cities in projects such as the Artists Loft in North Omaha, the Martin Luther King, Jr. Library in Cleveland, and the Amant campus in Brooklyn. Liu has been a faculty member at Columbia University's Graduate School of Architecture, Planning and Preservation since 2009 and serves on the board of urban non-profit the Van Alen Institute.