Next door is a slaughterhouse. Down the block are busy warehouses and a truck depot; a few hundred yards away, a rundown hall for exotic dancers. It’s not where you’d expect to find an arts center or, for that matter, its philanthropist founder hanging out. But it is this gritty part of East Williamsburg, Brooklyn, NY, to which Lonti Ebers would frequently travel to visit the studios of the artists she collects, and where she decided to create a residency for other rising stars.

Amant began in 2014 with a site but no real program, other than to provide studios to young artists. Both would expand over the years to encompass multiple lots and diverse functions, such as exhibition and performance. Florian Idenburg of SO – IL—whom Ebers had met when she was on the board of the New Museum and he was overseeing construction of that institution’s new building in Manhattan for SANAA (2007)—would help shape Amant as it grew to include more structures, even if at the time SO – IL had little built work to its credit.

The firm, led by Idenburg and Jing Liu, had, however, recently completed the Kukje Gallery in Seoul and won the competition to design the Manetti Shrem Museum of Art at the University of California at Davis the year before. Kukje, with its chainmail veil, and Manetti Shrem, with its swooping canopy, became early examples of SO – IL’s unique ability to transform mundane materials or building elements into exciting new forms, a skill that is also evident—in smaller rather than overarching moves—at Amant.

But at Amant, more than those others, the urban strategy, particularly given its colorful, if not necessarily visitor-friendly, location, was just as important as the architectural one. The eventual campus appears like a game of Monopoly, with small, blocky structures populating one, then another, then another nearby lot. But these are not cookie-cutter buildings. 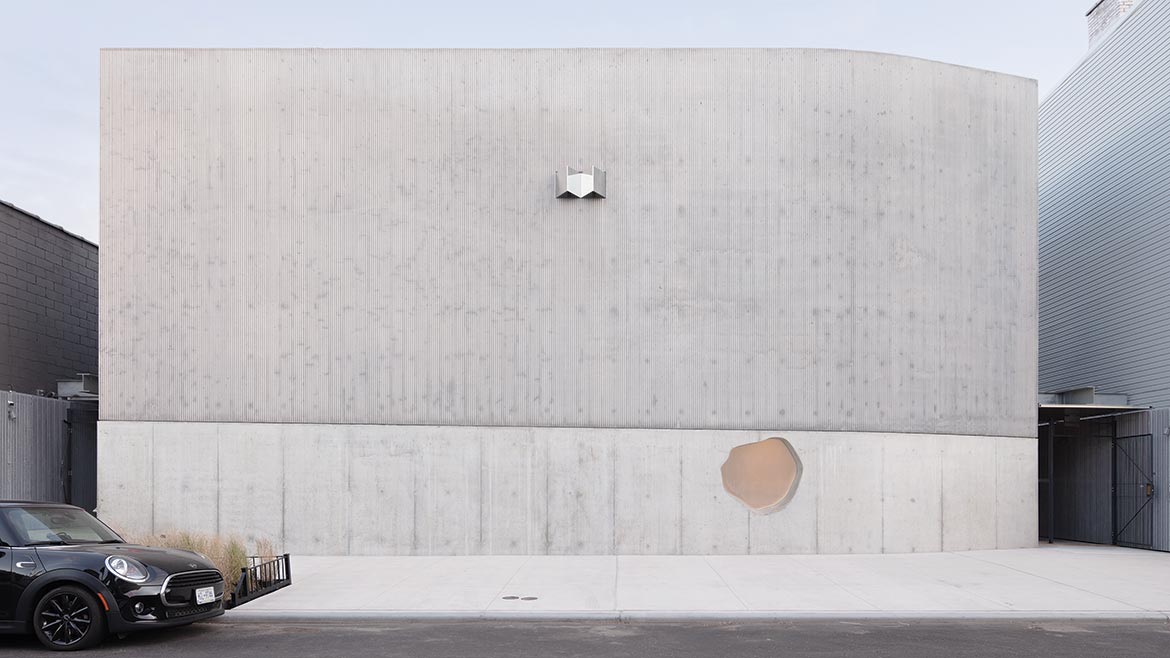 A total of four renovated and newly constructed edifices, scaled to their neighbors—which also include some grandfathered houses in this industrial zone—emerged. The first, clad in backward-facing beige brick and opening onto the noisy Grand Street, is an existing though much-altered structure. Behind it, a new two-story pile of elaborately arrayed white brick, topped by shimmering aluminum panels, faces the quieter Maujer Street, where, directly across, there is a third, poured-in-place concrete building, also two stories—smooth at the bottom, corrugated higher up. Finally, separated by a lushly planted courtyard, the last poured-concrete structure culminates the journey that SO – IL has defined with subtle formal gestures that unite the entire assembly. 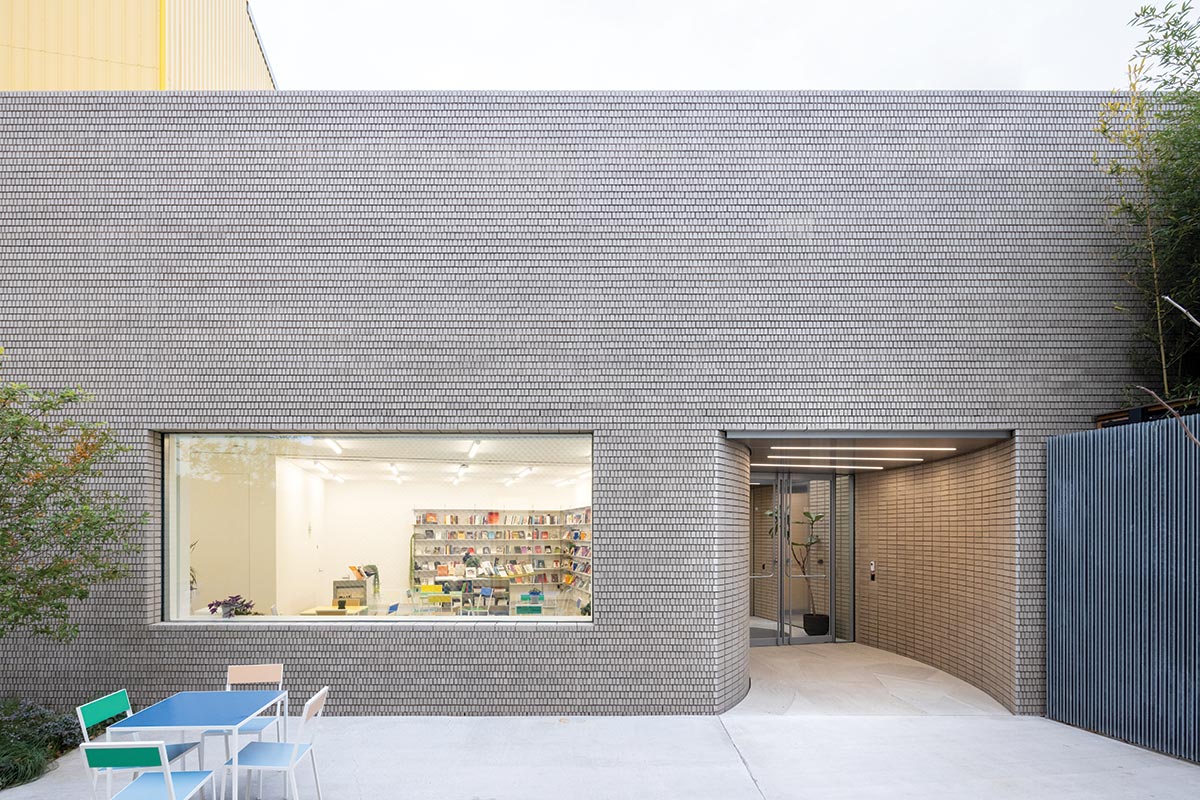 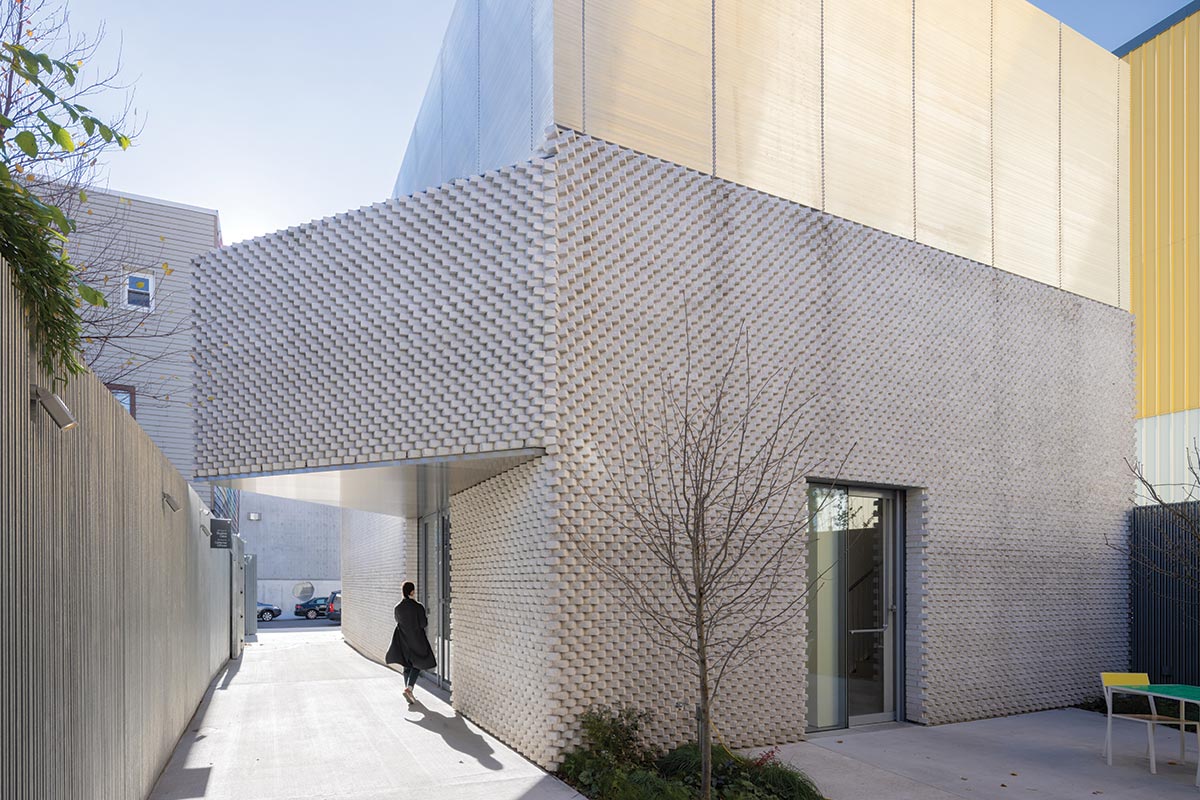 A marquee, for instance, draws visitors into the alley serving the two brick-clad gallery structures, one of which contains a café and bookstore as well. (The cantilevering triangle is also a balcony for the offices on that building’s second level.) Across the street, a single amorphously shaped window—“We didn’t want it to be a circle, we didn’t want it to be a square,” says Idenburg—invites curiosity about what goes on in the large studio building (even if the artists are creating in the spartan workspaces on the floor above the opening). Somewhat similarly shaped and sized metal grilles dot the floors throughout the interiors; raked concrete sections of pavement also hint at the connections between structures. Galvanized Unistrut channels, generally used for mounting conduit and mechanicals from ceilings, here are fashioned into impressive gates: instead of being off-putting, they indicate to passersby that what’s behind those gates is worth exploring.

Inside, thresholds and interstitial spaces are as meticulously detailed as program areas, to mark transitions from the bustle of the neighborhood into this tranquil enclave for art, or from first-rate galleries to a homey living space to a no-nonsense theater. Those main rooms are in some ways as different from each other as the exterior treatments of the individual buildings but, likewise, have a similar feel of eccentric sophistication that ties them all together. 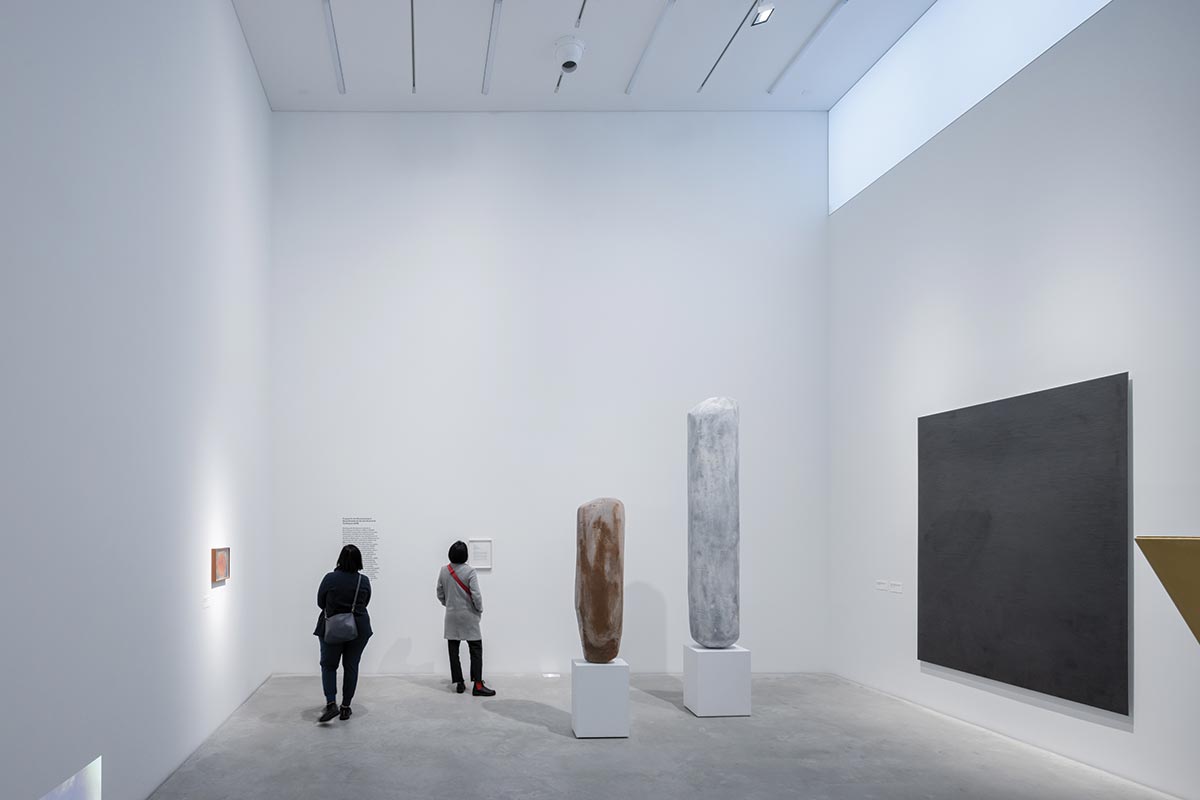 In the biggest gallery, in the renovated existing structure, SO-IL removed a central column and inserted six scooping skylights that cut through the 3½-foot-thick ceiling. In the tallest gallery, in the building behind, a clerestory window brings hazy daylight in past the upper level’s thin aluminum louvered panels. Flamboyant furnishings in the living space, which includes a kitchen and dining area for the four artists in residence, continue the pops of color that spring up in the café and courtyards. 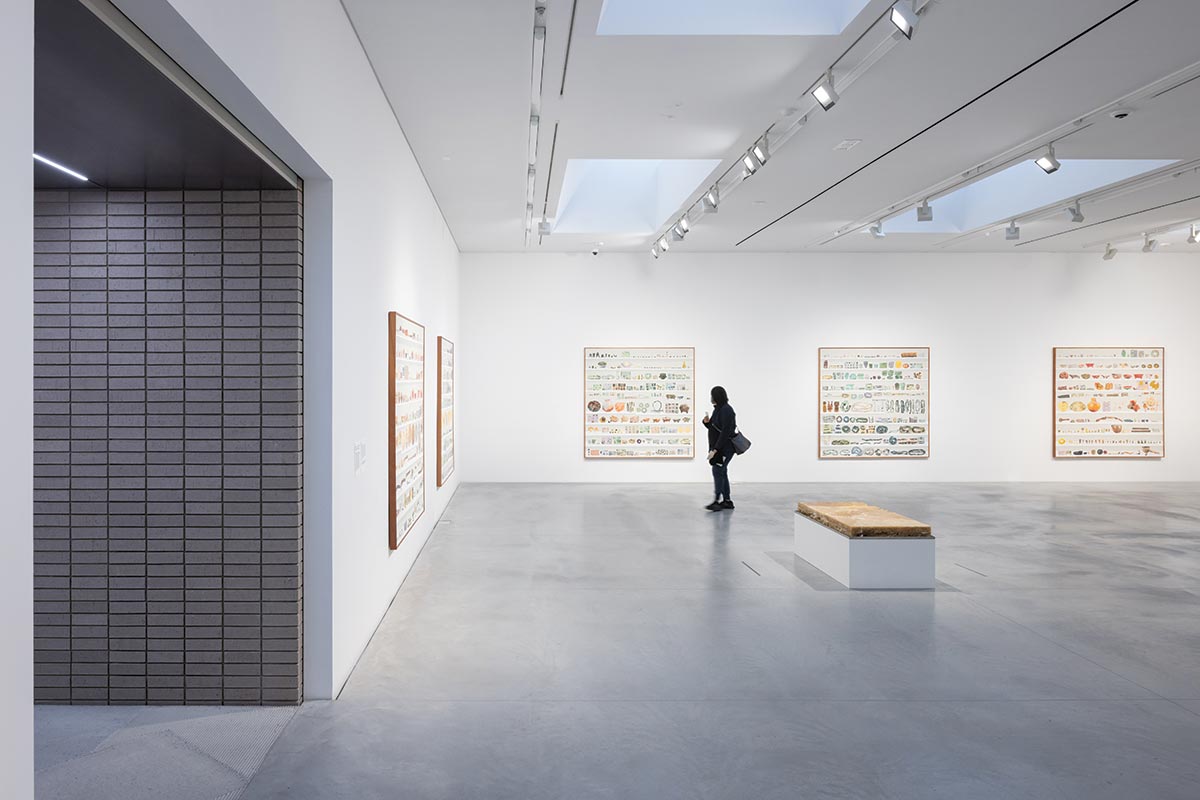 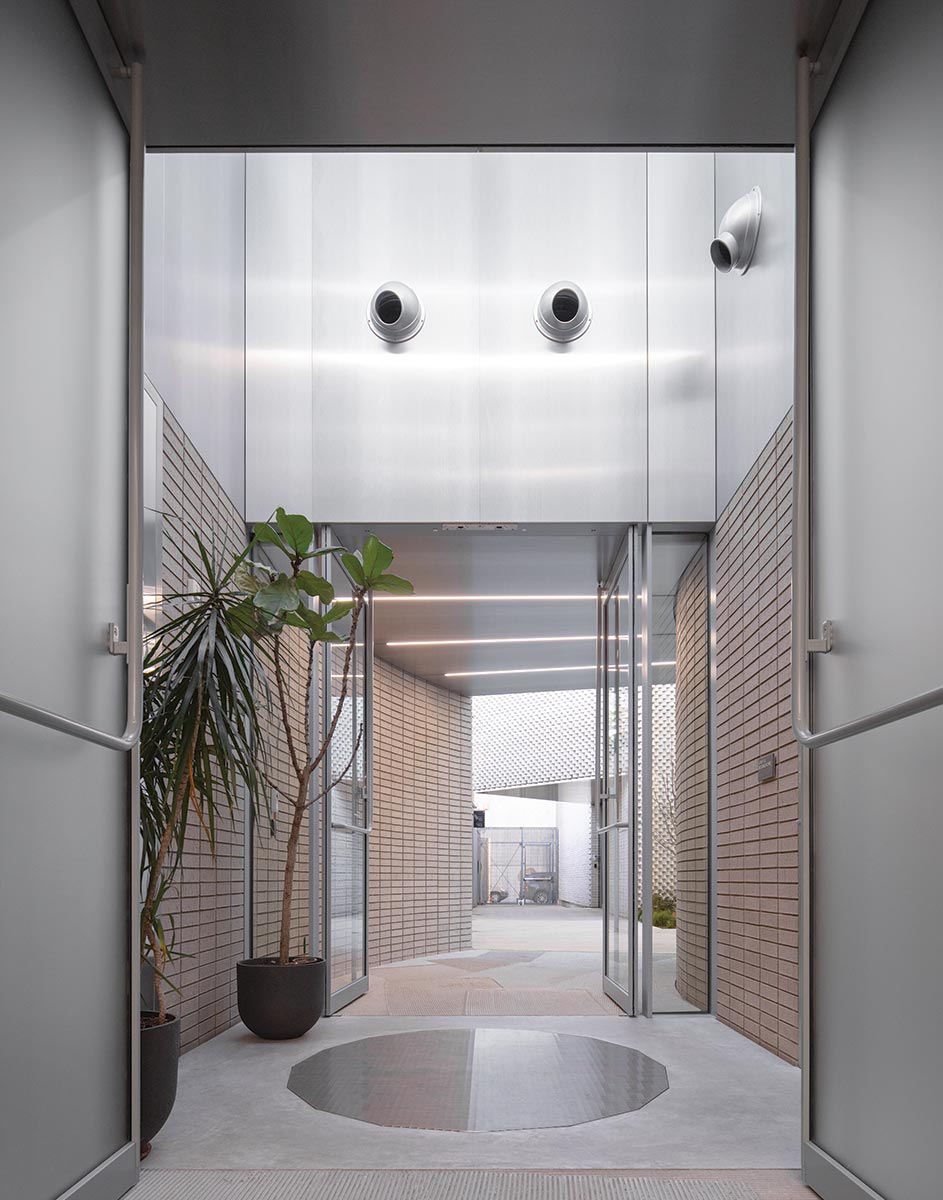 But even in that private space for the artists, visible through a large glass wall in the planted courtyard, touches of refinement distinguish the design. A curved, corrugated concrete reading nook, for instance, is strikingly paired with perforated acoustic paneling that makes its way up to the studios on the second floor. 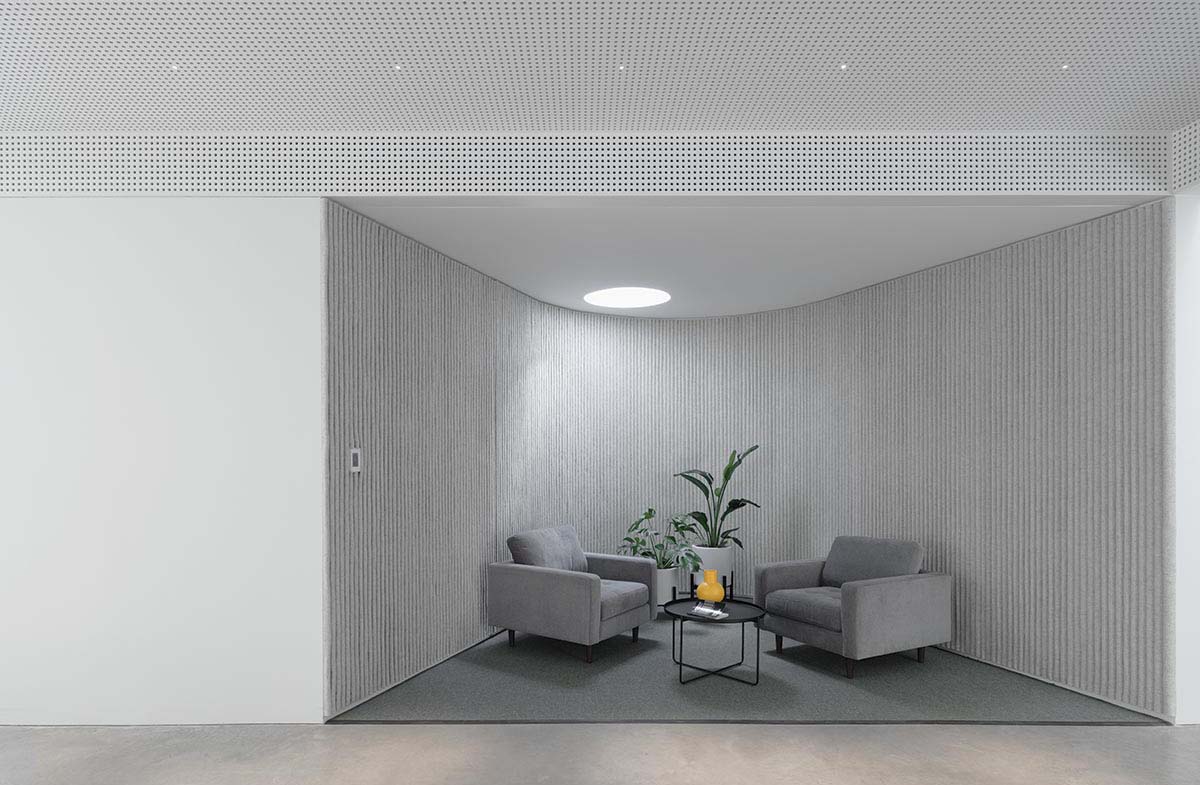 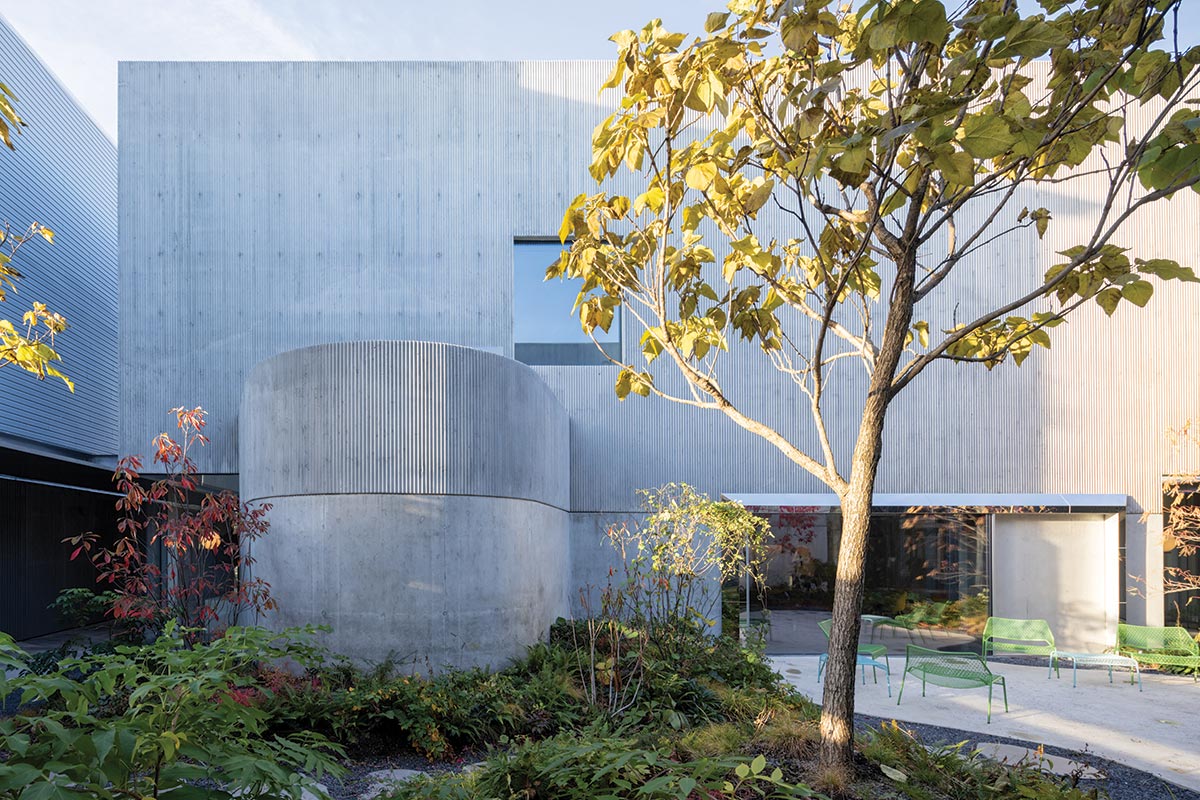 That refinement sets the entire ensemble of buildings apart—not hard to do in these surroundings, yes; but it does so without screaming for attention. That is a credit to the architects, who have, since starting work in this scrappy part of Brooklyn, designed more spaces for art in other parts of the world, and have been short-listed for even more. The completion of Amant’s exceptional campus has put the now firmly established SO – IL on the cusp of bigger projects to come. 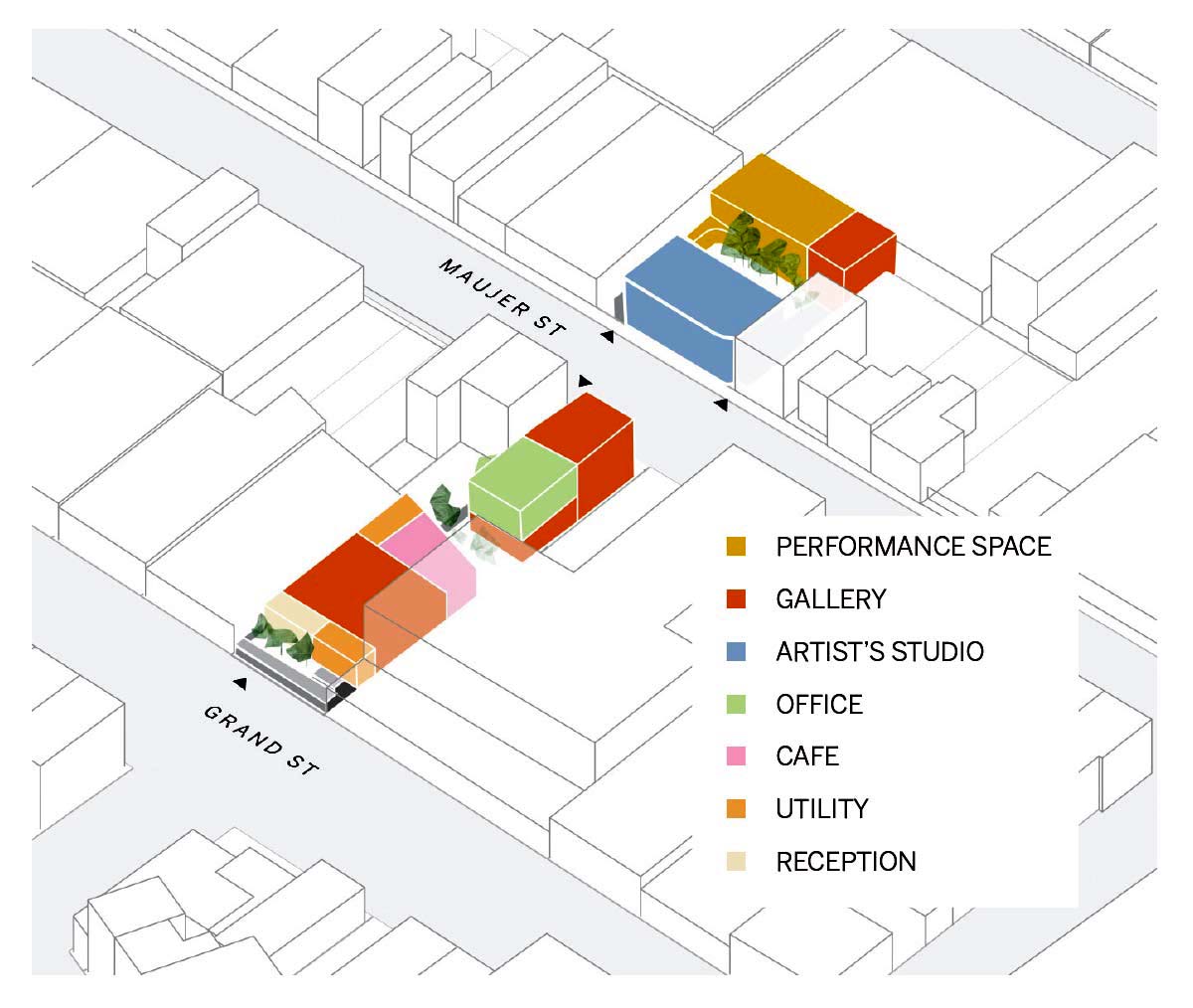 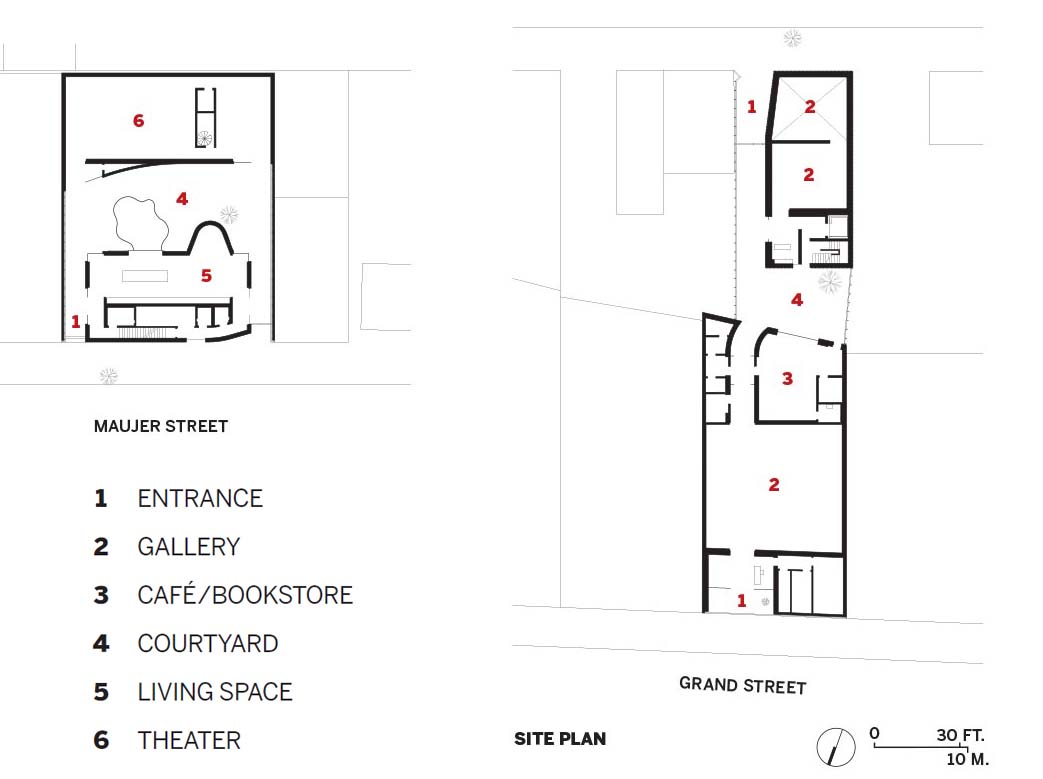