Although he was born in China, we know him best as one of the dominant American architects of major landmarks in this country and Europe, most notably the East Building of the National Gallery of Art in Washington, D.C. (1978), and the glass pyramid at the Louvre in Paris (1989). But Pei, who won the 1983 Pritzker Architecture Prize, was also the creator of a path-breaking architectural firm that combined high design and corporate success with international impact, while establishing himself as one of the most sought-after individual designers of his generation.

The son of a banker who moved his family from the mainland to Hong Kong when Pei was still an infant, he came to the United States in 1935 to study at the University of Pennsylvania, but was intimidated by the level of skill in drawing shown by the Penn students and transferred to MIT for engineering. He went on to Harvard's Graduate School of Design (GSD), where he trained under the German émigré and Bauhaus founder Walter Gropius. Pei was the last of a GSD cohort that included Philip Johnson, Edward Larrabee Barnes, Paul Rudolph, and John Johansen. Like those colleagues, Pei left Harvard determined to “change the world” through architecture. But his first professional years were spent working for the flamboyant New York real estate developer William Zeckendorf on such projects as Kips Bay Plaza (1960-65). Later in life, Pei distanced himself from his Zeckendorf days, preferring to be known for his more artistically ambitious designs. Nevertheless, his early exposure to the rigors of planning, finance, and politics under the developer contributed to Pei's subsequent success at large-scale projects, ranging from the National Center for Atmospheric Research in Boulder, Colorado (1967) to the East Building in Washington, and culminating in the renovation and expansion of the Louvre.

A key to Pei's success was his special relationships with clients, especially Paul Mellon, patron of the East Building, and Jacqueline Onassis, with whom he worked closely on the John F. Kennedy Library in Boston (1979), but his client friendships were not only with the wealthy and powerful. Pei's close kinship with Walter Orr Roberts, the client for the National Center for Atmospheric Research, proved early that he worked best with people who cared passionately about their missions, no matter their stature. Pei also benefited greatly from the collaboration with his partners, especially Henry Cobb and James Ingo Freed, whose contributions to the Pei “brand” were not always fully acknowledged. (This imbalance was highlighted when the John Hancock building in Boston (1976), designed by Cobb, and the Javits Convention Center in New York (1986), designed by Freed, were plagued by technical problems.) 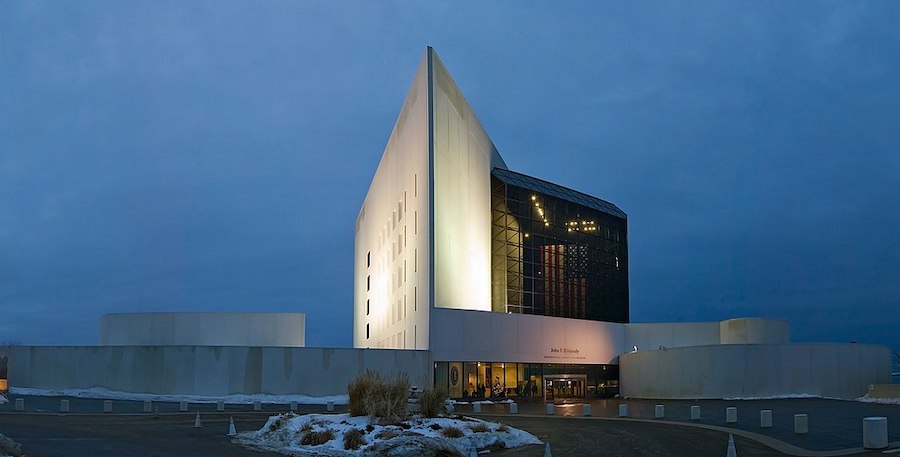 Pei officially withdrew from full-time involvement with his firm in 1990 to establish himself as an independent practitioner, working in an office with two of his sons, who are architects. Some of the buildings he designed from then on were among his best, especially the Miho Museum in Japan (1997), and the Museum of Islamic Art in Qatar (2008). While showing a clear debt to Modernism, these works also demonstrated the architect's striking ability to evolve as an artist, absorbing new influences without betraying his aesthetic principles.

Toward the end of his life, Pei was invited to return to Suzhou, the Chinese city where his family had had a summer retreat, to build a history museum. For all the recognition he enjoyed as an American citizen, Pei had never abandoned his links to China. He had altered the skyline of Hong Kong with the towering Bank of China (1989)—which was a link to his father—and earlier had designed the relatively modest Fragrant Hill Hotel near Beijing, at the specific request of the Chinese government. But the Suzhou Museum (2006) in particular combined an appreciation of architectural tradition and modernist clarity, a goal he had pursued at some level throughout his life, and was finally able to consummate in a rare example of biographical symmetry.