Back when Louis Skidmore and Nathaniel Owings formed an architectural practice in Chicago in 1936, and then brought engineer John Merrill into its fledgling New York office in 1939, it was men who ran firms (Julia Morgan being a rare exception). Men continued to dominate the leadership at Skidmore, Owings & Merrill (SOM) over the decades as it grew to today’s approximately 1,250-person firm with nine international offices. Then Marilyn Taylor, a partner in charge of urban design and planning in the New York office, briefly became chair of the company, in 2001. But at the end of her two-year term, the partners decided that the Executive Committee, which included one partner each from the New York, Chicago, and San Francisco offices to advise the chair, should run the place. For some years after Taylor left SOM (she became dean of the University of Pennsylvania’s school of design in 2008), it was hard to find women well represented on the top rungs of power.

But, as of this fall, three female partners will take charge of SOM’s Executive Commit­tee: Carrie Byles, in the San Francisco office, has been on the committee since 2016; Xuan Fu, from Chicago, joined in 2019; and now the 2020 ascension of Laura Ettelman, in the New York office, to this tier makes SOM highly unusual to be a top-10 U.S. architecture firm entirely run by women. 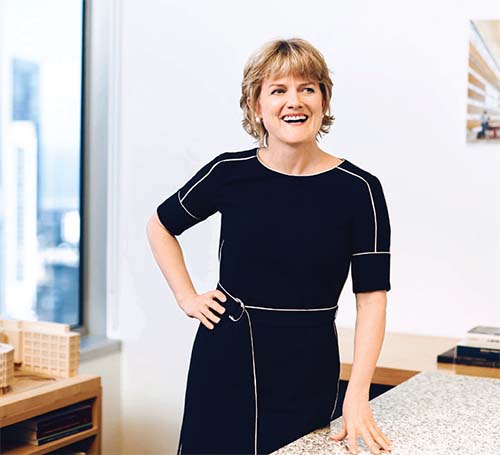 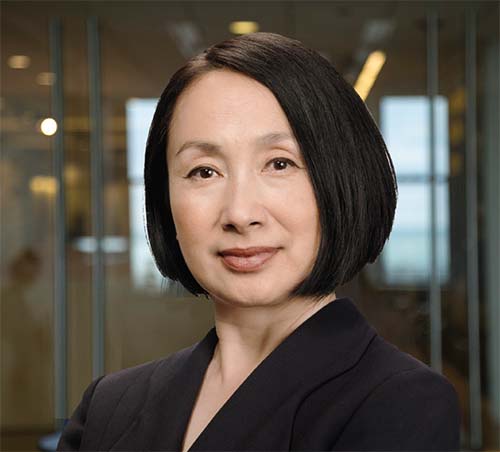 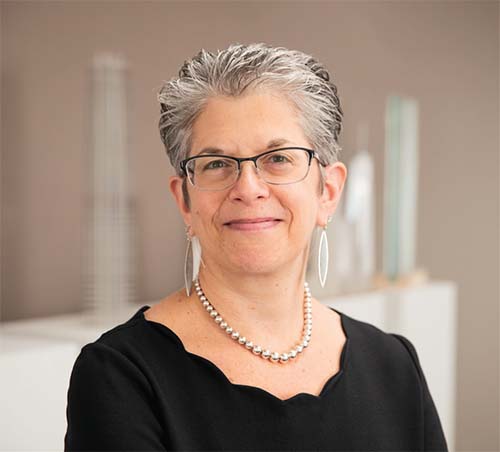 Having women in this leadership position may make little difference to SOM’s architectural-design approach, but it does send a powerful message about its policies on hiring and promotions. Specifically, it may encourage more women to come to the firm rather than see SOM as a stopover on the way to starting their own offices or going to a competitor.

All three women on the Executive Commit­tee come from strong project-management and technical backgrounds. Byles, who has a B.Arch. from Washington State University, arrived at SOM with specializations in math and computer studies. Her digital knowledge, says Craig Hartman, a consulting partner based in San Francisco, enabled her to help get the entire company working remotely during the current COVID-19 crisis.

Fu got her B.Arch. at Beijing University of Civil Engineering and Architecture and an M.Arch. at Ball State University College of Architecture and Planning in Muncie, Indiana, before joining the firm in 1994. She began working on the Jin Mao Tower in Shanghai (completed in 1999, and the tallest building in China until 2007) and, since then, has been in the front line of many SOM projects in China, such as the planning for Xiong’an City, an urban complex near Beijing with strong sustainability features.

Ettelman earned her B.Arch. from Cornell University and joined SOM in 1996, after stints at other corporate firms. Although she felt drawn to design, she decided her strengths were in management: “You have to be efficient and strategic with leadership skills,” she says, qualities she believes are characteristic of many women. “And females are good at shaping a consensus,” she adds. All these characteristics she found useful in guiding the large-scale work of Terminal 1 at the Toronto Pearson International Airport (2014) and the Chhatrapati Shivaji Maharaj International Airport, Terminal 2, in Mumbai (2014). 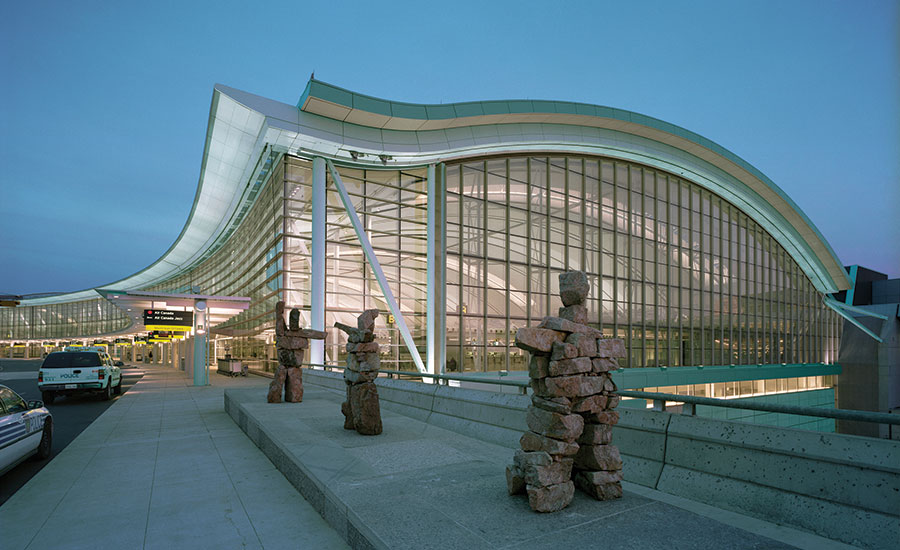 In spite of the impressive credentials and managerial abilities of the female partners, it seems obvious to ask why none of these executives comes from a design background, as some previous members of the committee have. Perhaps the lack of a designer doesn’t matter in managing a large office, but it matters for public relations. For too long, women architects have been viewed (especially in big firms) as the reliable, detail-oriented, project-manager types who keep the wild and crazy creative designers—usually men—on track.

The three women acknowledge this prejudice, but maintain that SOM is doing much more than before to bring women into all leadership positions. The Women’s Initiative, an endeavor originally started by Taylor in the New York office, now extends across the firm and has been an employee-advocacy group for mentoring and making senior leadership aware of the obstacles to women’s advancement. Ettelman asserts that SOM is working to achieve a fifty-fifty gender equality of ­partners, to reflect the current ratio in architecture schools. Says Xuan Fu, “We recognize challenges that come from balancing work and life, and want to prevent a turnover in women, especially when they become mothers.” So, says Fu, who does have children, “we are thinking about how they can schedule their time and solve day care problems.”

After Taylor left the firm, Julia Murphy, now a director in the New York office, helped rejuvenate the Women’s Initiative. Murphy points out that SOM has rewritten job descriptions and clarified how decisions are made in the annual review process by the Evaluation and Compensation Committee, a powerful group that recommends promotion and salary adjustments for both partners and directors. 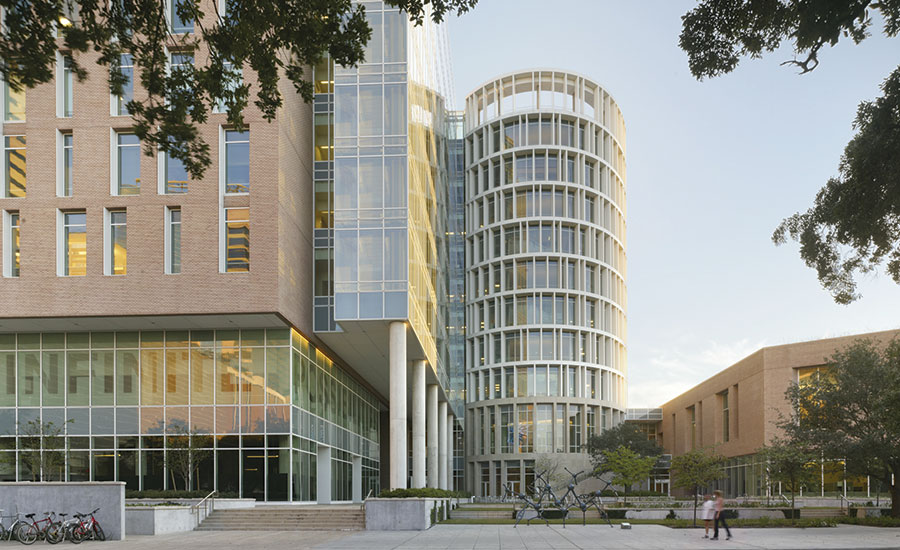 Clients, as well as the firm management, need to undergo a change in thinking about women’s contributions, Byles says. Seeing women as authority figures in the design and construction process has been helped greatly by having more clients of the same gender. “The opportunities changed when this started happening,” says Byles, who worked successfully with facilities director Barbara White Bryson on the Rice University BioScience Research Collaborative in Houston in 2009.

SOM’s website maintains that diversity—of race, color, religion, ethnicity, and culture, as well as gender—remains a priority in hiring and promoting; the firm recently formed a Talent, Equity, Diversity, and Development Committee to increase opportunities. On another front, one key strategy for advancement within the firm has existed for years–the mandatory retirement age of 65 for partners, making room for younger architects to rise. While 65 may strike those soon to be eligible as quite young, SOM appears wedded to this idea (­maybe it’s time for a separate committee on ageism). Nevertheless, partners who do retire can opt to consult, even if they are no longer part of management.

There is no predicting how long SOM will be run by women. The executive committee is rotational, with two-year term limits and no more than three consecutive terms allowed. Underpinning the leadership is an elaborate bureaucracy, with 23 equity partners across architecture, planning, interiors, and engineering; 44 directors; and an array of advisors to the executive committee, from the Chief Financial Officer to the Chief People Officer (yes, that’s the name). If all this sounds rather top-heavy, Byles points out the advantage: “We consider ourselves fortunate to be a privately held partnership, without shareholders or a board of directors.”

At the moment, the leadership at SOM, like that in other architectural offices, is assessing the damage to the business of the coronavirus pandemic. The hold on construction first affected the work in China, though Fu says that SOM’s offices in Shanghai and Hong Kong are cautiously trying to go back to normal. Construction work is on pause in the U.S., though staff continue to respond to RFPs. Things change weekly. When asked about layoffs as this issue went to press, Ettelman said, “We see economic constraints.” Because of these, she, Byles, and Fu are part of a Crisis Recovery Committee to address the issues.

What a time for women to take charge! So much is unknown, and what is to come may not be pretty. “With Laura, Carrie, and Xuan, it is an unusual and different ballgame,” says Murphy. Let’s hope that the three who are stepping up to the plate can bat these problems out of the park. It would seem they are well equipped.

Women of the Bauhaus: Sibyl Moholy-Nagy

The Ledge at Skydeck Chicago