Repeat clients are often the best clients—especially if they’re not just asking you to repeat yourself. In 2013, New Zealand firm Fearon Hay Architects completed a renovation for Wall Fabrics, an importer and distributor of fashion textiles. The success of that project, located on the fringes of downtown Auckland, helped spark a regeneration of the area. Presented with an enticing offer from a developer, owner Roger Wall sold that space. He turned to Fearon Hay once again, and found a similar warehouse building to accommodate a similar program of office, showroom, and storage. Yet this revamp would take a very different approach.

The existing building for the new space, positioned at another part of the city’s periphery with very different site conditions, was a long, low structure whose south end culminated in a dreadful two-story pink and green stuccoed confection that would seem to hold little promise. But its larger footprint—30 percent more area—would support the growing business, as well as Wall’s other creative ventures. And in the hands of Fearon Hay—whose award-winning track record of adapting historic and industrial buildings includes numerous warehouse conversions (its own workspace among them), the transformation renders the original structure unrecognizable. 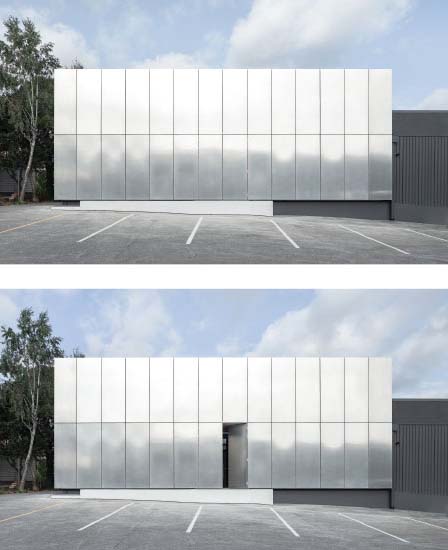 Whereas in the earlier project the architects put the fabrics on full display, now they have employed a more nuanced strategy, starting from the outside in. Two bands of thick-gauge aluminum panels in a 3½-foot by 10-foot module replace the stuccoed taller building segment. The panels, hung from custom-designed wall brackets that are hidden from view, form a windowless rainscreen surrounding the office space, and conceal the entrance. “Unlike the first building, the new one is very close to its neighbors, which are mainly light industrial,” says Fearon Hay partner Tim Hay. “This business has a very different attitude, so we made the facade a bit of a mystery to the street—one of deflection and invitation at the same time.” The aluminum has a raw finish that will oxidize over time, particularly in Auckland’s coastal air. 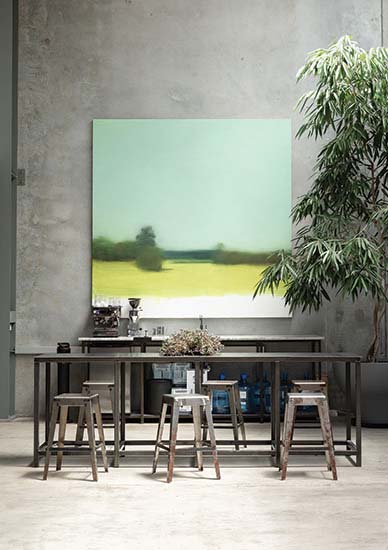 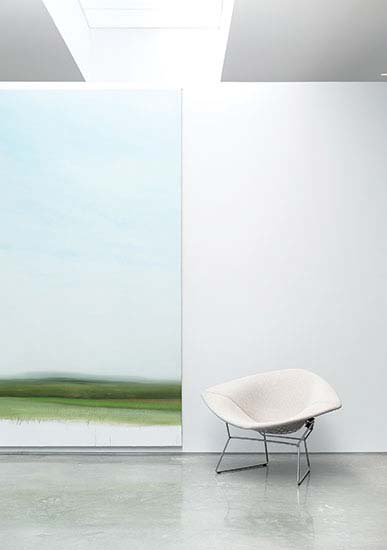 Seeing an opportunity to create different moments of focus, Hay, on the second go-round, separated the fabric storage from the office. He created a sequence of spaces upon entry—from the open office and meeting room to the large social space used for weekly lunch gatherings that include the dozen or so employees, and guests engaged in art and commerce. That space opens onto a small courtyard bound by walls of concrete block that Hay designed for privacy from the adjacent building. Just past the social space, another large office area accommodates specialized staff of the diversifying business and other enterprises. “There is a layering of what you reveal,” says Hay. 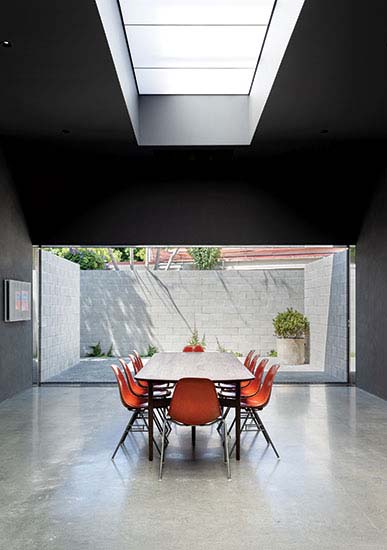 The long lower portion of the building was retained—with the exception of the removal of some “architectural barnacles,” according to Hay—and painted battleship gray. To access that space, used almost entirely for storing fabric rolls, Fearon Hay inserted a dramatic staircase, its darkened stainless-steel banister and railing treated in a phosphate dip and coated in beeswax.

Occupied earlier this year, this building may not be the last for this pairing of architect and client. Fearon Hay recently opened a studio in Los Angeles. While that office is currently at work on residential projects, Wall may be expanding there as well. No doubt a third collaboration would reveal yet another slant.