Commissioned by developer British Land to create a vessel that would be permanently moored on Regent's Canal at its mixed-use development Paddington Central, just south of London’s Little Venice, the scheme for The Cheese Barge by Adam Richards Architects takes its inspiration from James Stirling’s design for the former Electa bookshop in Venice's Giardini della Biennale, today the Stirling Pavilion. According to firm director Adam Richards, that building was based on a nautical theme, “So it was fun to design a boat based on a building based on a boat.” 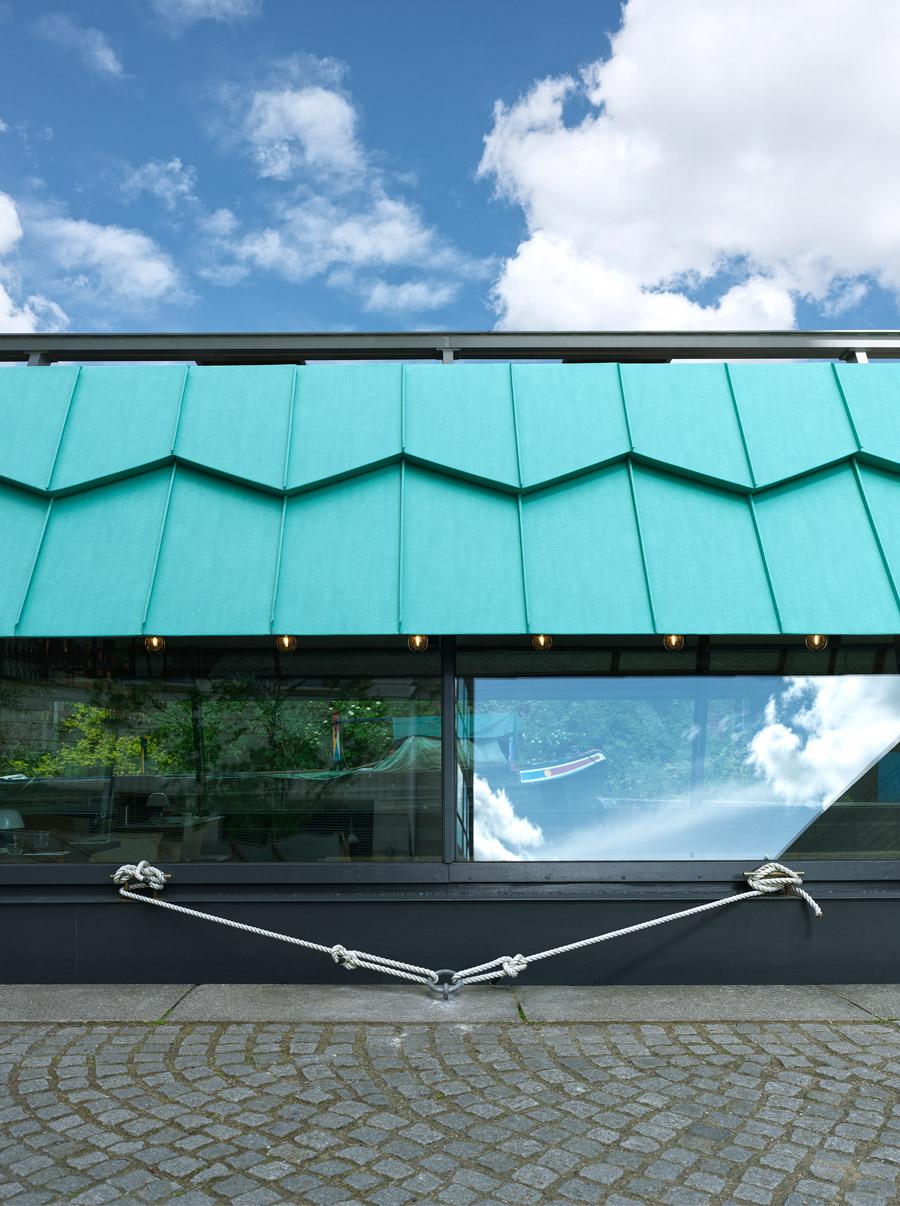 Richards and his team saw an opportunity to draw from local design as well. While the boat’s pleated, patinated-metal roof fans out over a lean, glazed cabin, much like Stirling’s landlocked structure in Italy, its form also recalls the tarpaulin covers on the traditional barges originally used to transport goods on British canals. Built from a skeleton of steel clad in steel plates, the structure was assembled and welded by hand at a marine fabricator in Somerset. Due to weight and balance issues particular to boat design, the roof is made of aluminum with a verdigris patination rather than the copper Stirling used for the Venetian project. 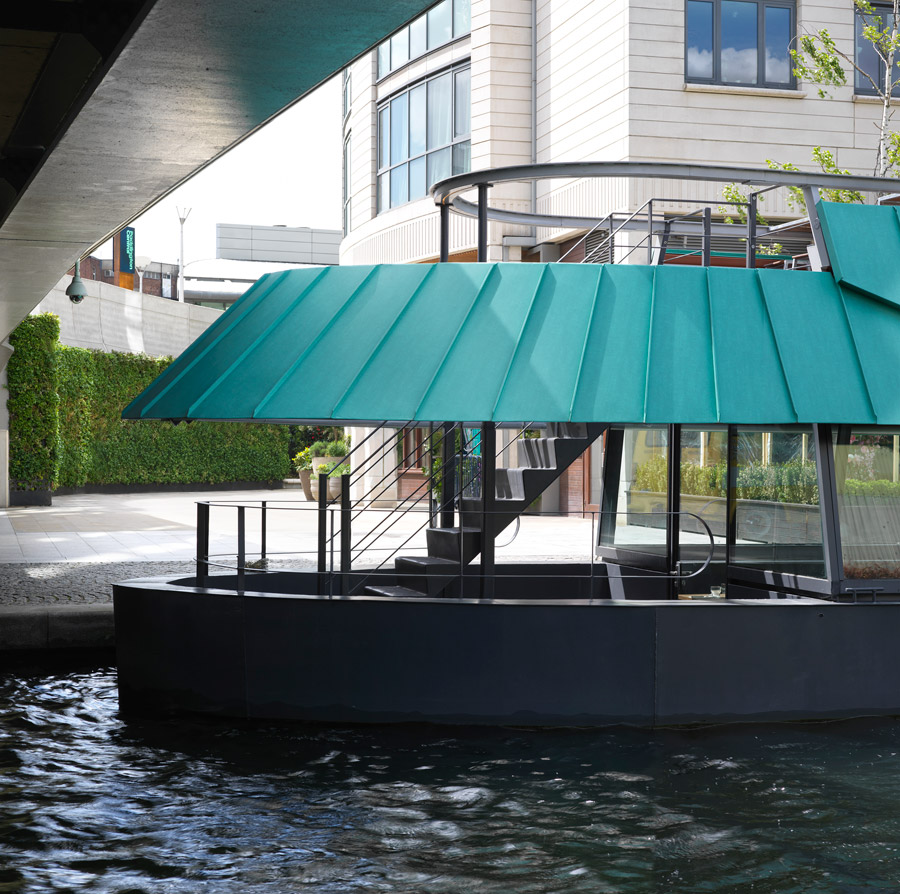 Future-proofed for a range of uses and potential operators, The Cheese Barge comprises a restaurant, located in a main 65-foot-long barge, and a kitchen in a smaller, ancillary vessel. The two are linked by an external bridge, which provides a ceremonial entrance or “stage” for the servers carrying food to diners. The entrance is at the towpath, so accessible to all guests, with dining and a restroom on this level. Additional seating for 40 is available below.


Inside, the decor by Raven Collective Interior reflects traditional British craftmanship with such nautical references as reclaimed, ship-passageway sconces, boat cleats, and buoy-like table lamps—all reflected beneath the dining room’s copper-hued ceiling. And while the boat will remain dockside, the generous band of glass that sweeps around its sides and front promises to offer diners generous water views and at the same time treat passersby to cinema-like glimpses within.