As New York begins to reopen, there’s no shortage of outdoor art installations to visit this summer.

In Manhattan’s small green space Madison Square Park, the new season was heralded by the burst of blossoming azaleas, redbuds, crabapples, and Carolina silverbells. But in one part of this urban oasis, a stand of dead trees, dark and leafless, looked oblivious of the rite of spring. Ghost Forest, an installation by designer and artist Maya Lin, makes an evocative case for the environmental devastation threatening the planet. Lin selected 49 Atlantic white cedars—once an abundant species—from coastal New Jersey, where they had been ravaged by salt water due to storms. As tall as 45 feet, they have been sunk 8-feet deep in the park’s turf like telephone poles. Their somber beauty will hover over the park until November and, as Lin says, “will bear witness to the change of seasons and climate change.” 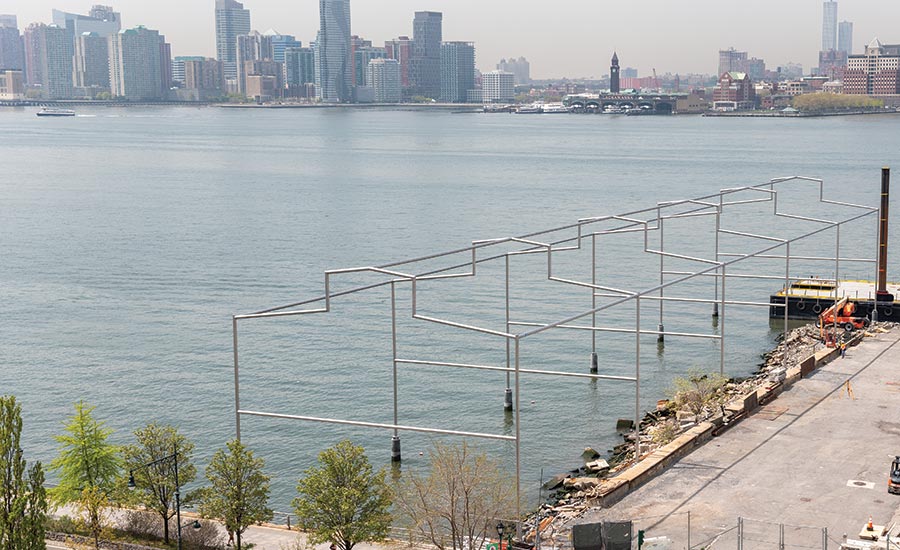 Another ghost, haunting the Hudson River shoreline of the city, is artist David Hammons’s work Day’s End. An homage to Gordon Matta-Clark—who made a piece with that title in 1975, cutting six big chunks out of a derelict pier shed on that exact spot—Hammons’s counterpoint is a work of surprising delicacy: a drawing, in thin tubes of rolled steel, of the outlines of that long-gone industrial relic (razed a few years after Matta-Clark’s intervention). Projecting 325 feet into the river—and standing 65-feet wide and about 52 feet above the water—the new $18 million phantom structure was produced with the nearby Whitney Museum and engineered by Guy Nordenson. It rests on piles sunk as deep as 150 feet into bedrock, below the flow of the river. 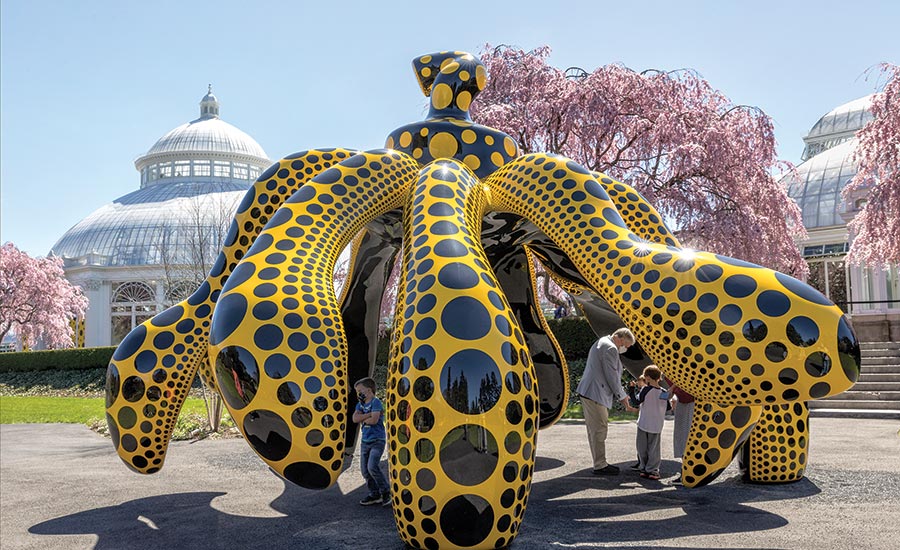 For a pop of color, visit Yayoi Kusama’s artworks at the New York Botanical Garden (NYBG) in the Bronx, on view now through October 31, 2021. (The exhibition was originally intended to open in 2020 but was postponed due to the pandemic.) Cosmic Nature, designed by guest curator Mika Yoshitake, features 60 of the 92-year-old Japanese artist’s works scattered throughout NYBG’s 250 acres. A bold new piece, Dancing Pumpkin, is a 16-foot-tall yellow sculpture, architectural in form, painted with Kusama’s signature polka dots.

Summer in the City