Martin C. Pedersen, executive director of Common Edge, is an editor and critic who writes about architecture, design, and urbanism. After a decade of living in New Orleans, he and his wife moved back to New York in July.

Author’s note: Upon arrival on the battered coast on Sunday, August 29, Ida was a powerful and destructive Category 4 hurricane. This is the second storm of that magnitude to hit the state in the past 13 months, surely a harbinger of big and even bigger storms to come. Despite the fear and inconvenience, the overwhelming feeling in New Orleans post-storm was weary relief: the big question mark surrounding the restored levees had been affirmatively answered. They held, thereby sparing the city the catastrophic flooding that inundated the city after Katrina. (Ida struck on the 16th anniversary of that event.) So while this storm is likely to cause a great deal of property damage—along with long disruptions to electricity and water service—the worst case scenario has thankfully not come to pass. And yet this event does underscore all of the issues in the article that follows, especially the stark, brutal truth: It’s still hurricane season.
—Martin C. Pedersen

Despite outward appearances of languor and ease, summertime in New Orleans can be a fraught affair. Weeks before the official start of the storm season—June 1, when some natives start flying hurricane flags, in an act of almost subversive defiance—the local mantra begins. “It’s coming,” they’ll say at the first signs of summer—meaning the heat, the wall-like humidity, the threat of Gulf disturbances. Unlike other parts of the country, where oppressive heat is occasionally relieved by moments of real bliss, summer in the Crescent City arrives like an unwanted relative who hangs around for the better part of four months, completely overstaying his welcome.

In a city where it rains a lot—on average more than 60 inches a year—summertime is also the wet season. It’s not uncommon for a late-afternoon July shower to dump 2 or 3 inches of rain in a Biblical torrent, and then for the sun to emerge minutes later. The engineers responsible for pumping water out of the city call these “rain events”—and, yes, they’re becoming more frequent. As someone who spent his entire adult life in New York City, I didn’t become obsessed with weather until I moved to New Orleans 10 years ago. Tracking nascent storms during hurricane season became a weird, but necessary, hobby.

My wife and I were part of the late post-Katrina migration, lured to New Orleans by the irresistible combination of civic energy (they really had saved their city) and inestimable spirit and soul. T-Bone Burnett once said of Paul McCartney, “Music comes out of his pores.” Exactly the same can be said of New Orleans. What other American city has drumming squads and brass bands as ambient sounds? In the years following the 2005 storm, the city had famously become an ideas lab for architecture and urban design—an invasion of good intentions, from Brad Pitt’s now litigation-plagued Make It Right houses, to architecture and planning-school initiatives too numerous to mention, few of which had any lasting impact on the city.

Some of the best ideas that emerged out of that ferment involved water, the eternal issue for every New Orleanian. The metro area is roughly 5 to 10 feet below sea level, so the city must contend with water on three fronts: the levees, which failed after Katrina, flooding 80 percent of the city; the wetlands to the south, which act as a storm buffer but are disappearing at alarming rates, due to sea-level rise and subsidence; and the stormwater drainage system, an aging tangle of pipes and pumps, which are currently being repaired and replaced (driving on the torn-up streets now is like riding a covered wagon over the Rockies). The levees and the drainage system are century-old technologies, engineering marvels from a now-distant past. While absolutely necessary, they alone are not likely to fully protect New Orleans in the stormier years ahead.

And so the city must create a different—and less adversarial—relationship to water, one based on the Dutch model: more storage ponds, less pumping; more gravity, less concrete. Since the immediate aftermath of the big storm, no one has promoted this message more tirelessly than architect David Waggonner and his firm, Waggonner & Ball. The office convened the Dutch Dialogues in 2008, which brought experts from the Netherlands to Louisiana and resulted in a raft of initiatives. The firm produced the influential Greater New Orleans Water Plan in 2013. And after Waggonner brought then-U.S. Senator Mary Landrieu on an early fact-finding mission to the Netherlands, she played a key role in ensuring that future coastal restoration funding and planning would have a degree of insulation from politics.

Although the city became an acknowledged leader in all things water, there has in recent years been a lurch backward to what Waggonner calls the pump paradigm. “People just slide back into their old, everyday that’s-the-way-we-do-things,” he says. “So moving a city that’s not inherently progressive, in a state that is not inherently forward-looking, to a sustainable future is hard. What we have now is a challenge to implementation.”

Nothing illustrates that impasse more starkly than Waggonner’s seminal project, the Mirabeau Water Gardens. Developed during the Dutch Dialogues, the 25-acre water garden will eventually do double duty as infrastructure and public amenity, serving as a park, a water-filtration system, a 10-million gallon retention pond, and an education center. Though already funded to the tune of more than $100 million (much of it appropriated back during the Obama administration), it is yet to break ground, due in large part to the snarl of government entities involved (FEMA, HUD, the City of New Orleans).

That project has nevertheless had a transformative impact on Waggonner & Ball (the firm has now worked on similar HUD water-resilience projects in Bridgeport, Connecticut; Charleston, South Carolina; coastal Louisiana; and Norfolk, Virginia). Although the glacial pace of execution gives pause, New Orleans will almost certainly build the project. But Waggonner’s larger message remains: the Crescent City doesn’t just need a Mirabeau Water Gardens, it needs a dozen other water gardens, at different scales, scattered all over the city. “The truth is, people would be happier living in this dynamic environment if we took advantage of bringing more water into it,” he says.

This slow rate of adaptation is hardly confined to Louisiana. Mustering the political will and funding for huge projects necessitated by climate change (seawalls, levees, retention ponds, etc.), and then executing them in a timely manner will be a test for governments everywhere. But nowhere is the timeline tighter than in Louisiana. To its credit, the state has a 50-year coastal master plan in place that’s updated every six years. It also has a down payment on the huge eventual cost: written into the BP oil-spill settlement—at the insistence of Landrieu—was the stipulation that the funds, about $9 to 10 billion, must be spent on coastal restoration. As a result, river diversions and other land-creation projects are ongoing, and more are planned. How long those efforts will continue into the future, when the settlement money runs out, is an open question. Still, there is some cause on the coast for optimism.

A recent Army Corps of Engineers report on the levees in New Orleans was a classic good news/bad news story. The levees are in the best shape they have ever been in, the Corps reported, but significant parts of them are sinking, like the rest of the city, and will eventually have to be raised again, to the tune of about $1.7 billion. So, depending on your capacity to be upbeat, the city is either better prepared for the future—because of its resilient people and rebuilt levees—or it’s just as vulnerable as ever.

This swampy, glorious city has always been uniquely susceptible to the Next Big One—a threat affecting every neighborhood, but one that leaves poor residents particularly exposed (the affluent evacuate ahead of a hurricane). But now, one could easily argue, so are Houston and Miami and Charleston and Norfolk and countless other coastal communities. And, as we know, it isn’t just high waters—the parched American landscape looks equally terrifying, with much of the West in the middle of a drought that could last far into the future. The wildfires are every bit as menacing as Category 4 hurricanes.

According to David Waggonner, for New Orleans, the missing piece in the current strategies that still depend on early 20th-century solutions is staring the city right in the face. “The reliance on engineering systems and concrete has to be broken,” he says. “We have to let gravity and nature work. We have to let water be where it needs to be. Our solution is inherently natural.” 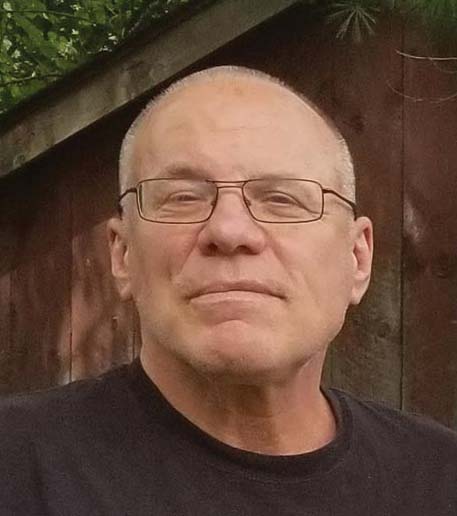 The city must create a different—and less adversarial—relationship to water.