On August 13, 2021, Brazilian Economic Minister Paulo Guedes released a list of nearly 4,000 underutilized government properties with a value of approximately $5.8 billion, to be offered for purchase by the private sector. Among the properties up for sale were several historically significant buildings, including a 1920s railroad station; the reinforced concrete headquarters of A Noite newspaper, Latin America’s first skyscraper; and the iconic Gustavo Capanema Palace, also called the Ministry of Education and Health.

The Capanema Palace also models Brazilian modernism’s integration of art and architecture. Its designers balanced functionalist materials and forms with specifically Brazilian touches, such as murals and traditional azulejo blue-and-white tilework by Brazilian painter Cândido Portinari, and gardens by famed landscape designer Roberto Burle Marx. The building is listed as a landmark by Brazil’s Institute for Historical Patrimony and National Artistry (IPHAN), and it seemed assured of preservation in perpetuity. 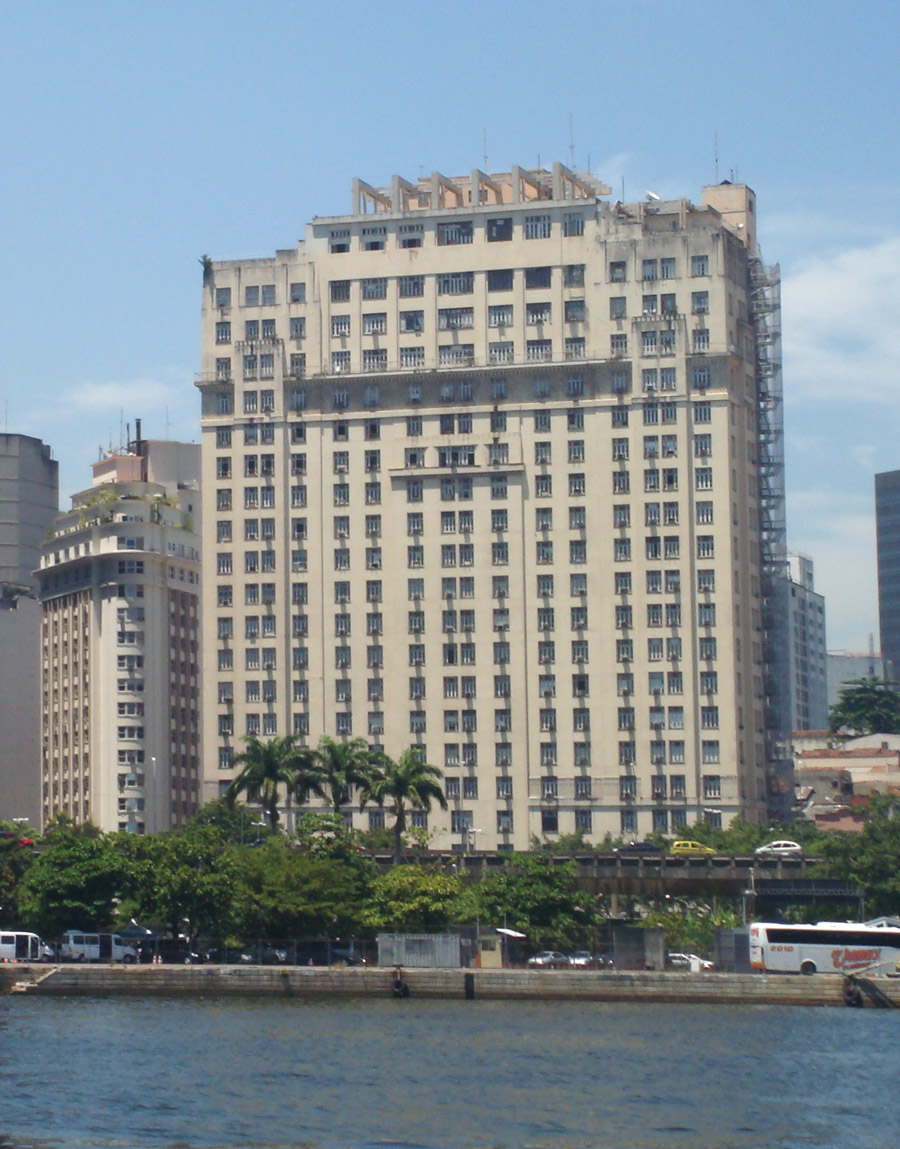 The reinforced concrete headquarters of A Noite newspaper in Rio de Janeiro, Latin America’s first skyscraper, was among the 4,000 buildings listed for sale by the Brazilian government. Photo © Fulviusbsas / Wikimedia Commons

Horrified that the government would risk the destruction or alteration of what is arguably Brazil’s best-known contribution to modern architecture, Brazilian scholars, preservationists, and urbanists mobilized to protest the August 2021 sale. The Brazilian chapter of DOCOMOMO, an international nonprofit for the preservation of modernist architecture, organized a petition, and worked with architecture journal vitruvius to commission supporting essays by international architectural historians including Kenneth Frampton, William Curtis, Jorge Francisco Liernur, Josep Maria Montaner, and Carlos Eduardo Comas.

In response to the protests, Guedes denied that any landmarked buildings were up for sale. However, though the initial auction this past Friday, August 27, did not include the Capanema Palace, the building remains on the list of properties available for bids as part of Brazil’s “National Real Estate Fair.”

This episode may seem emblematic of the Bolsonaro government’s disdain for Brazilian art, science, and media that do not fit its narrow notions of Brazilian culture; or, of the Brazilian government’s persistent failure to maintain public patrimony. Recall the tragic 2018 fire that destroyed the National Museum and the early-19th-century imperial palace it called home, and a 2021 fire that destroyed much of the Cinemateca Brasileira national film archives, located in an architecturally significant late-19th-century slaughterhouse. Architectural historian Fernando Diniz Moreira remarks that, “the bulk of Brazil's modern heritage is undervalued and at risk.” 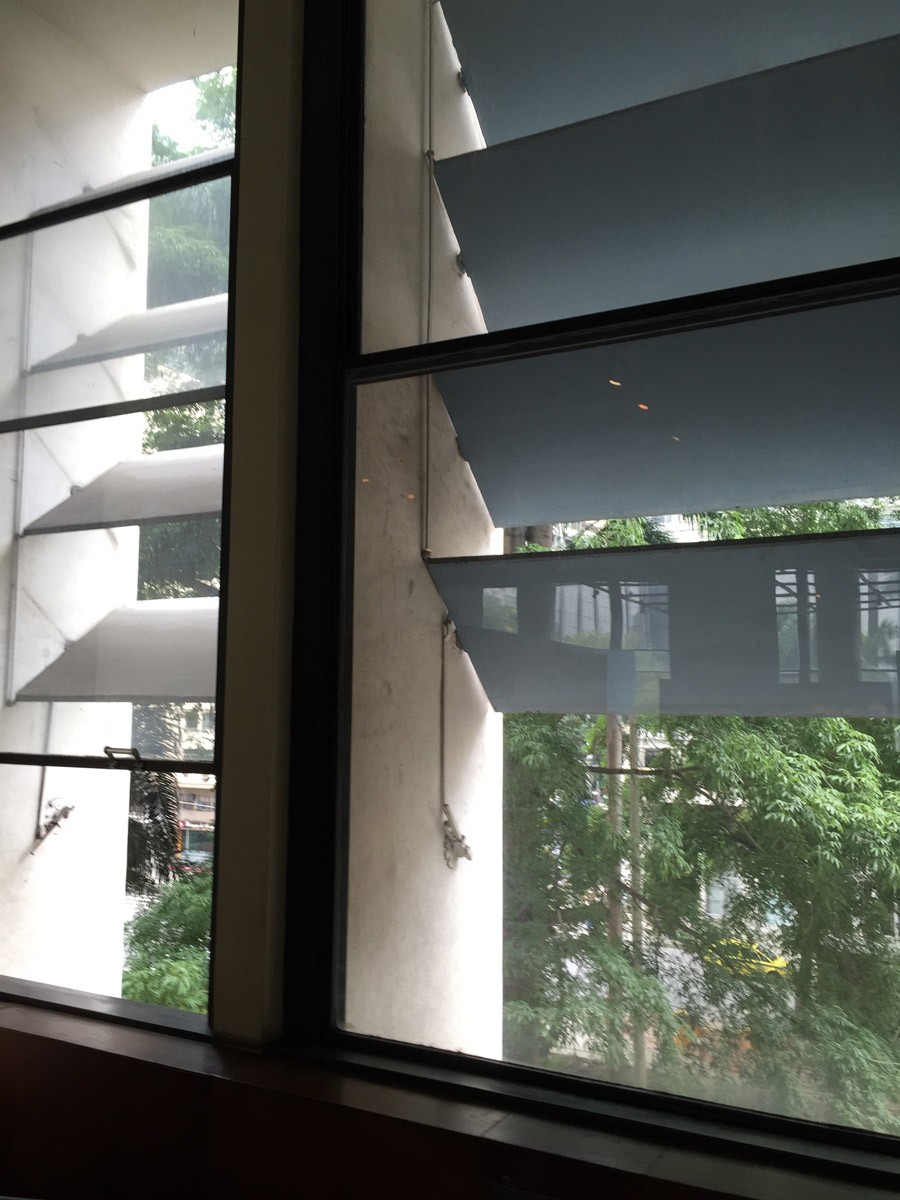 Close-up views of the adjustable sunshades, part of an elaborate brise-soleil system that shields the glass-walled north facade of the Capanema Palace. Photo © Daniel Barber

But these threats to Capanema Palace are part of a broader tendency toward privatization of public culture and history in Brazil. As performance theorist Marcos Steuernagel describes, billionaire media and real estate magnate Silvio Santos has, for decades, sought to irrevocably alter Brazilian architect Lina Bo Bardi’s Teatro Oficina in São Paulo by building luxury residences and a high-end shopping mall in its place, displacing a radical performance group that calls the theater home.

The privatization of culture has been particularly destructive for architectures rooted in Brazil’s Indigenous and Black histories. Rio de Janeiro’s early-19th-century Valongo Wharf, the primary arrival point of enslaved Africans to Brazil, was paved over for the arrival of the Brazilian Empress in the mid-19th century and only uncovered during rampant development of Rio de Janeiro’s “Marvelous Port” area preceding the 2014 World Cup and 2016 Olympics. Although Valongo Wharf is recognized on UNESCO’s world heritage list, urban planner Carolina Mara Teixeira points out that this “revitalization” increased the cost of living in the adjacent “Little Africa” neighborhood and pushed out Brazilians of African descent, even while creating a spectacle of Black Brazil that benefitted real estate investors and the tourism industry.

The current proposal to sell landmarked buildings to private developers comes as part of the Brazilian government's SPU+ program, launched in late 2020 in an effort to “activate” Brazil’s economy through the “monetization” of $21 billion in federal properties by the year 2022. Architectural historian João Masao Kamita comments that, “The absurdity [of privatizing the Capanema Palace] is even greater,” because it was there that Brazil’s national preservationist agency IPHAN was created. In the Capanema Palace, “the architect Lúcio Costa, the poet Carlos Drummond de Andrade, and the first director of IPHAN, Rodrigo Mello Franco Andrado, developed fundamental protection and conservation policies for the cultural preservation of Brazil.”

It is ironic then, that the Capanema Palace is numbered as an undesired government property available for private investment. But this is neither the first instance, nor will it be the last, where Brazilian patrimony is sacrificed to ideas of economic progress.