Blue skies and diffuse clouds appear to float above tenants and guests entering 250 Park Avenue’s newly renovated lobby, in New York, by FXCollaborative. This ever-evolving installation by artist David Niles—composed of 950-square-feet of continuous LED panels lining the ceiling—displays animated imagery, including galactic skies, nature-inspired patterns, or customizable art. The lobby redesign reestablishes connections through the building, reopening its long-defunct Vanderbilt Avenue entrance and replacing the security desk and newsstand with a deskless concierge and self-service iPads, to establish a touchless visitor experience with a hospitality approach. FXCollaborative managing partner Guy Geier notes that “250 Park was the first office building on Park Avenue north of Grand Central. While making a new, modern lobby was important, we also wanted to recognize the history.” The team clad one wall with cast-plaster medallions and incorporated brushed brass into elevator doors and portals, in deference to the original 1924 facade. The kinetic ceiling, as well as reflective mirror-polished-aluminum panels, counterbalance traditional elements to “expand the space visually,” says Geier, and “give it an ethereal feel.” 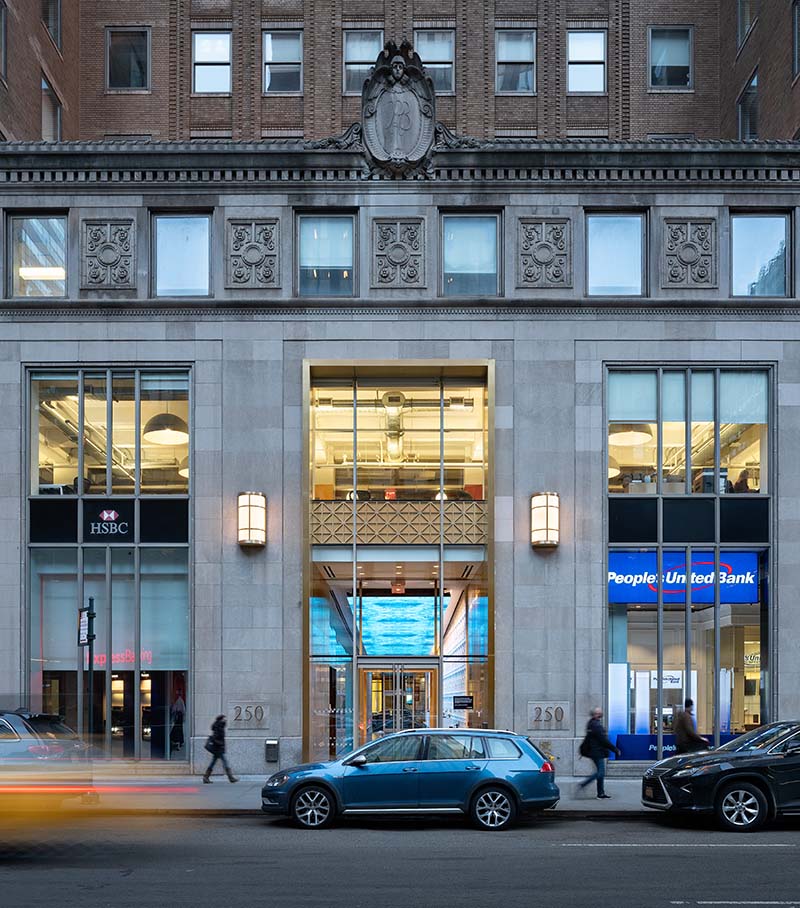 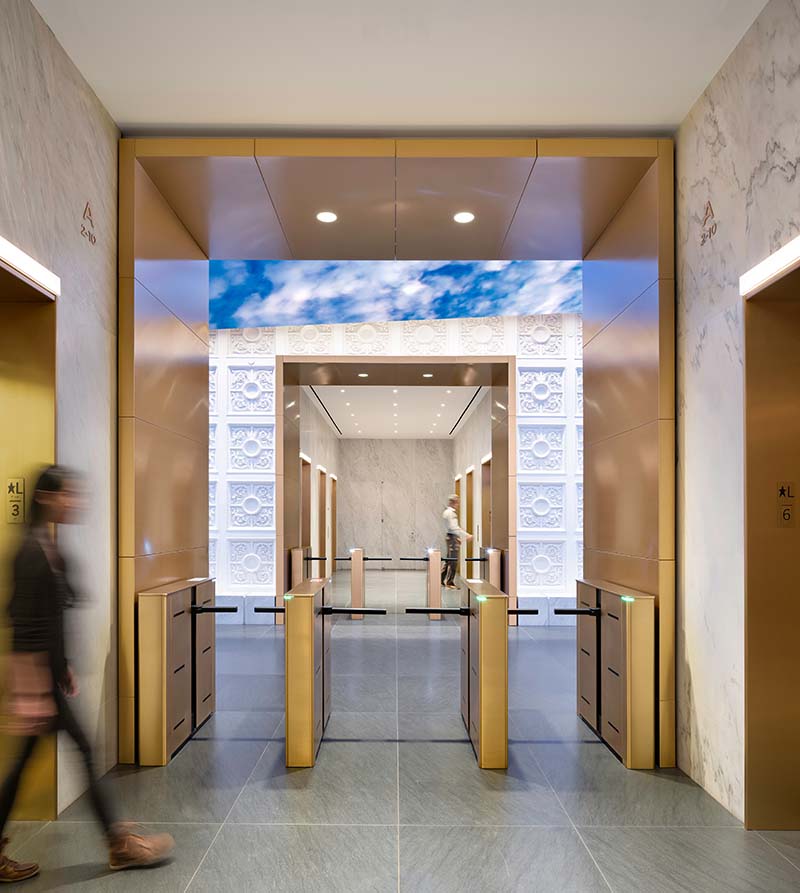 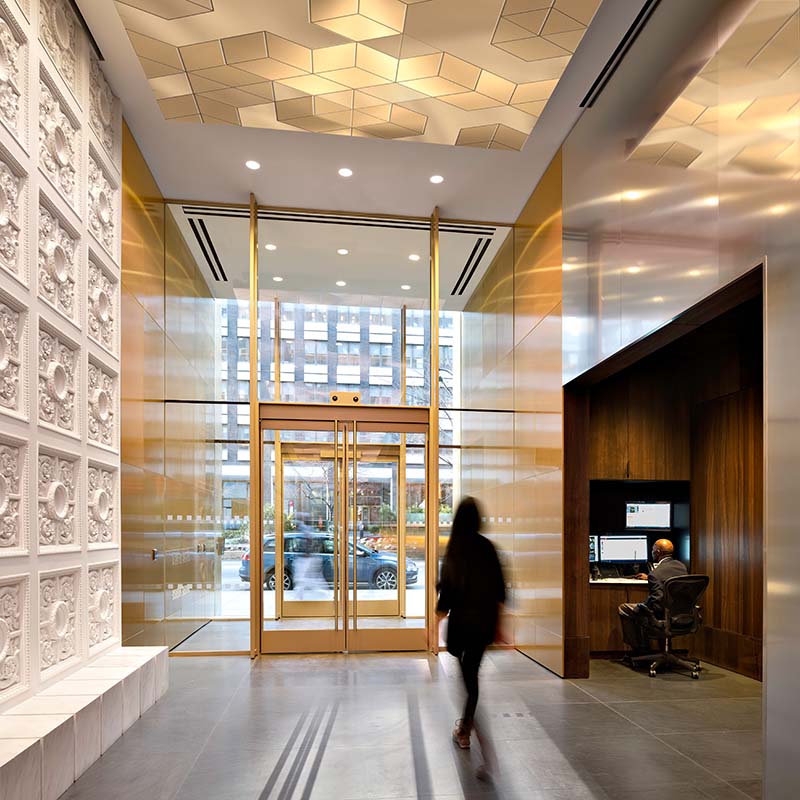 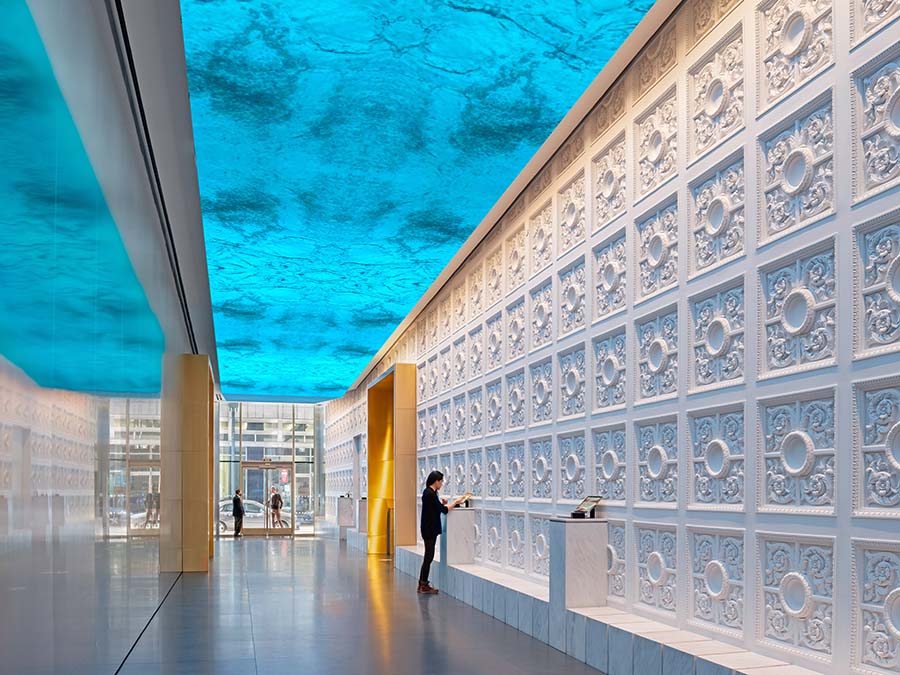 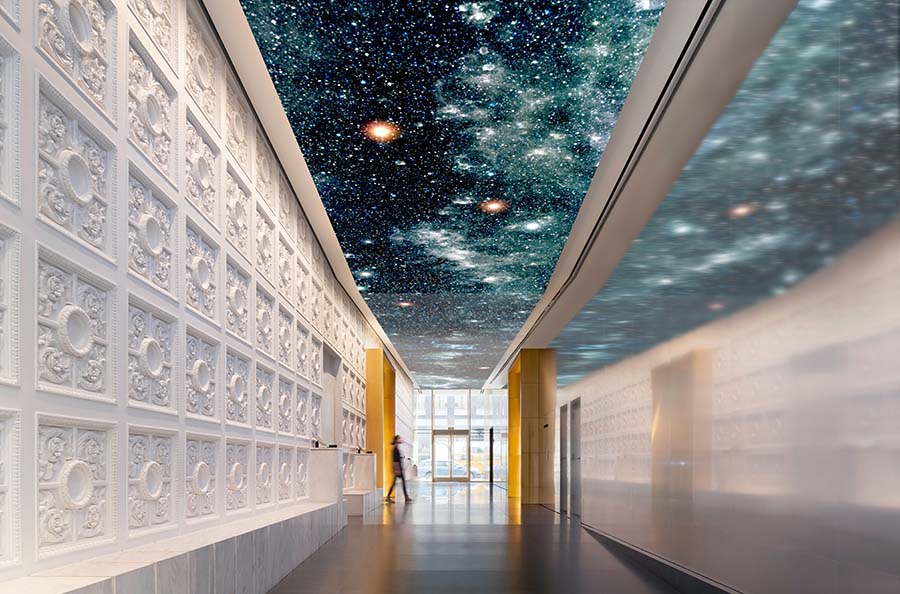