This website requires certain cookies to work and uses other cookies to help you have the best experience. By visiting this website, certain cookies have already been set, which you may delete and block. By closing this message or continuing to use our site, you agree to the use of cookies. Visit our updated privacy and cookie policy to learn more.
Home » The IPA’s Latest Exhibition on Governors Island Reimagines New York Without the BQE
Architecture News

The Institute for Public Architecture
✕

Stepping off the ferry on the verdant shore of Governors Island to view the Institute for Public Architecture’s Brooklyn Queens Expressway (BQE) exhibit feels like entering a time-capsule of a bygone New York. Following eight years of biannual traveling residencies, the Institute for Public Architecture (IPA) has made its permanent headquarters in two floors of Governors Island’s Block House. The early 1840s square, brick edifice–also known as Building 9–stands out amid the cluster of wood-framed 19th century dwellings.

Previously a military prison turned dormitory for ferry operators, the Greek Revival historic landmark, designed by architect Martin E. Thompson, also served as a hospital, general’s headquarters, and officers’ quarters. As part of the Trust for Governors Island’s ongoing mission of programs and creation of public spaces, the IPA, a non-profit organization, transformed the Block House (thanks to a grant from New York State Council on the Arts) into a shared arts space with Shandaken Projects, a non-profit that offers public arts programs, residencies, and fellowships.

The IPA’s programs involve architectural solutions to urban problems. “Our whole pitch to architects is: ‘Don’t work for rich people, work for people who can actually be affected and have their lives changed,’” says architect and founding principal of the IPA Jonathan Kirschenfeld, “We’re like a Peace Corps of architects. We’re here to help, tell us what you need.”

The BQE exhibition looks at how Robert Moses’ controversial expressway destroyed and splintered neighborhoods. And instead of mitigating vehicular traffic as intended, the BQE increased it. The IPA asked five collaborative teams a question: “If we tore down the Brooklyn Queens Expressway, what could we build instead?” (The line of inquiry follows the proposal of a mayoral task force to radically overhaul the deteriorating expressway instead of repairing it.)

The teams’ design responses took examples of highway demolition and redesign in cities from San Francisco to Boston as a springboard and adhered to IPA’s call for addressing climate change, environmental justice, and quality of life in New York City. In doing so, the five teams selected by 11 jurors particularly examined environmental risks, economic factors, demographics, health and poverty rates, the need for greenspace, and transportation safety.

The selected architects, engineers, designers, filmmakers, and community advocates took part in an eight-weeks virtual summer residency in 2020 titled “To Be or Not to BQE?” The installation of the resulting projects occupies a floor of the Block House in a well-plotted scheme: the teams’ proposals have separate rooms. 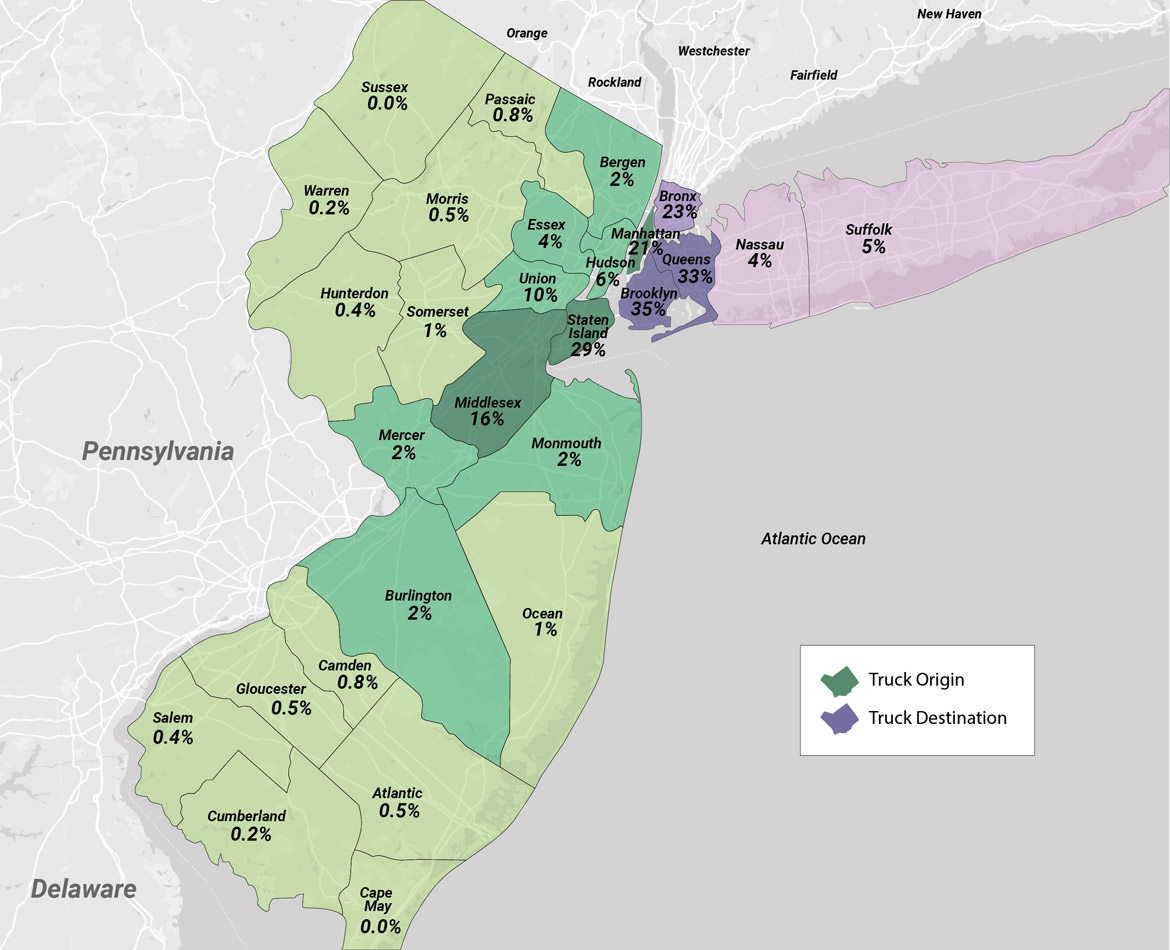 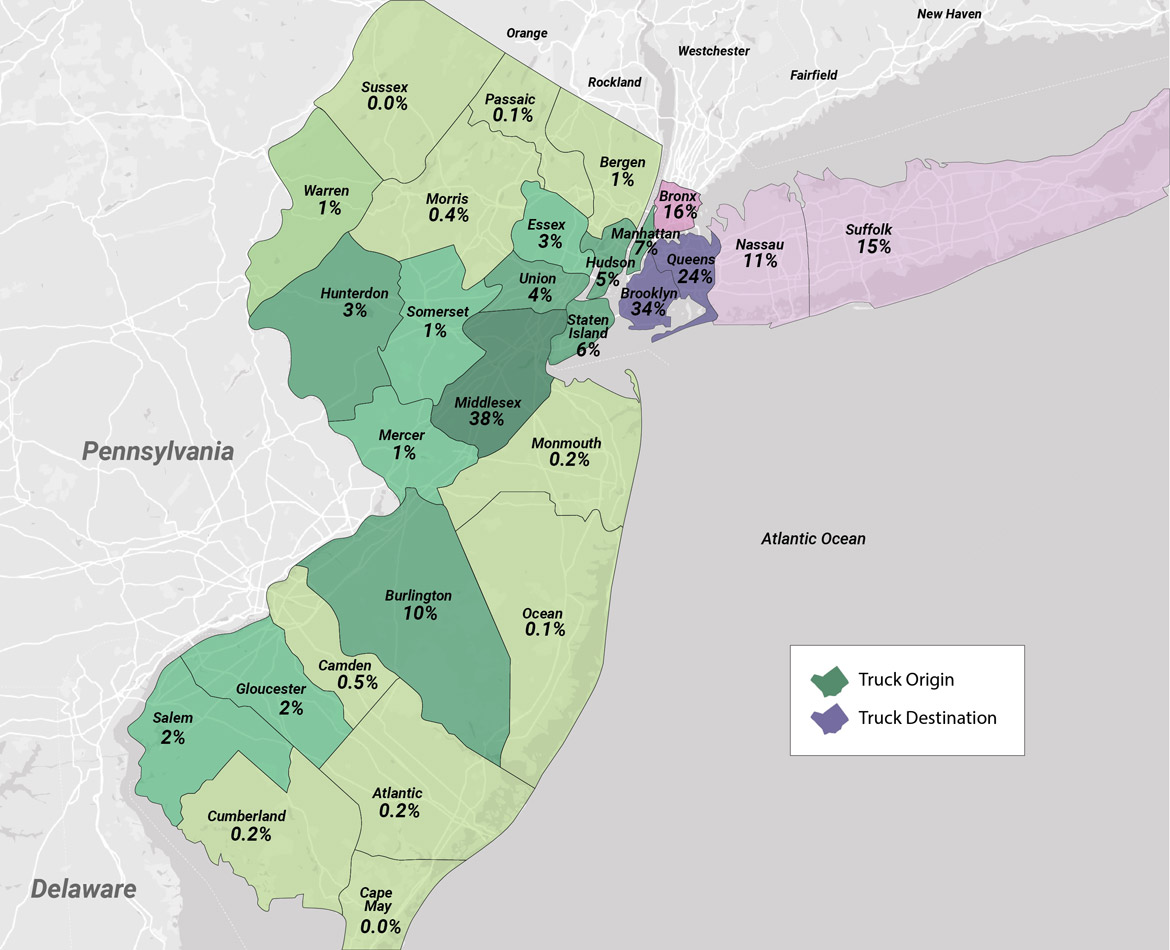 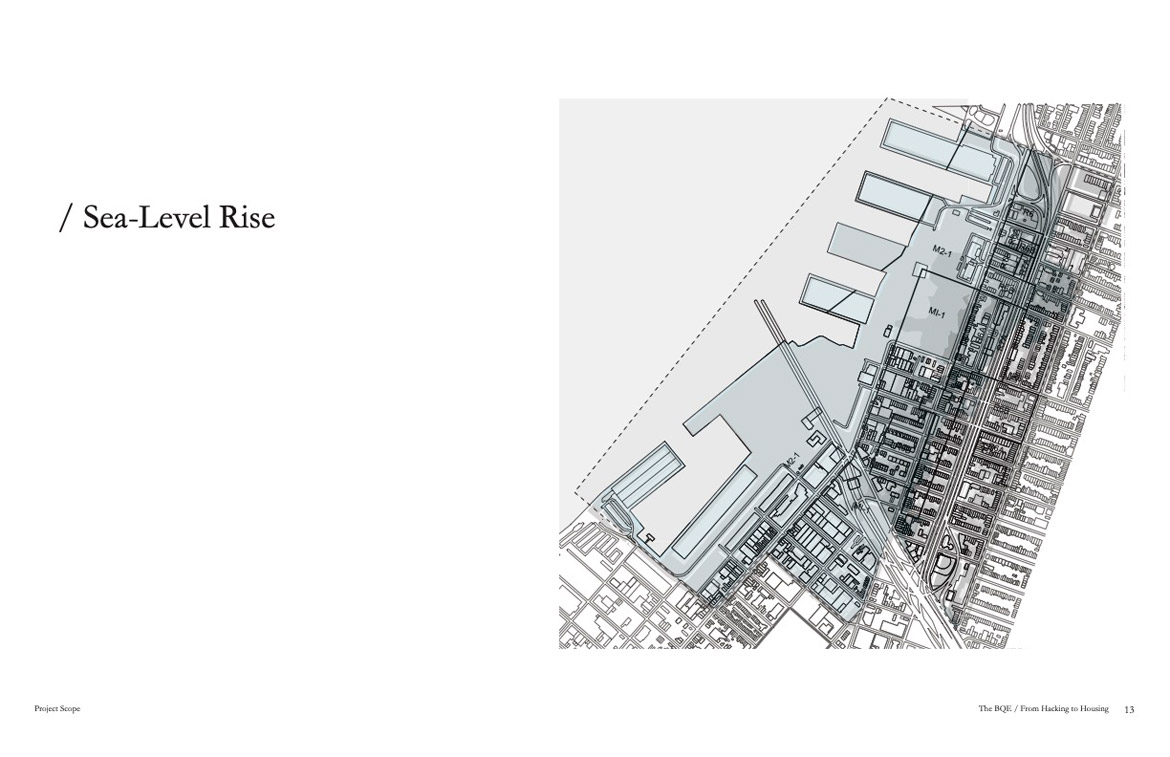 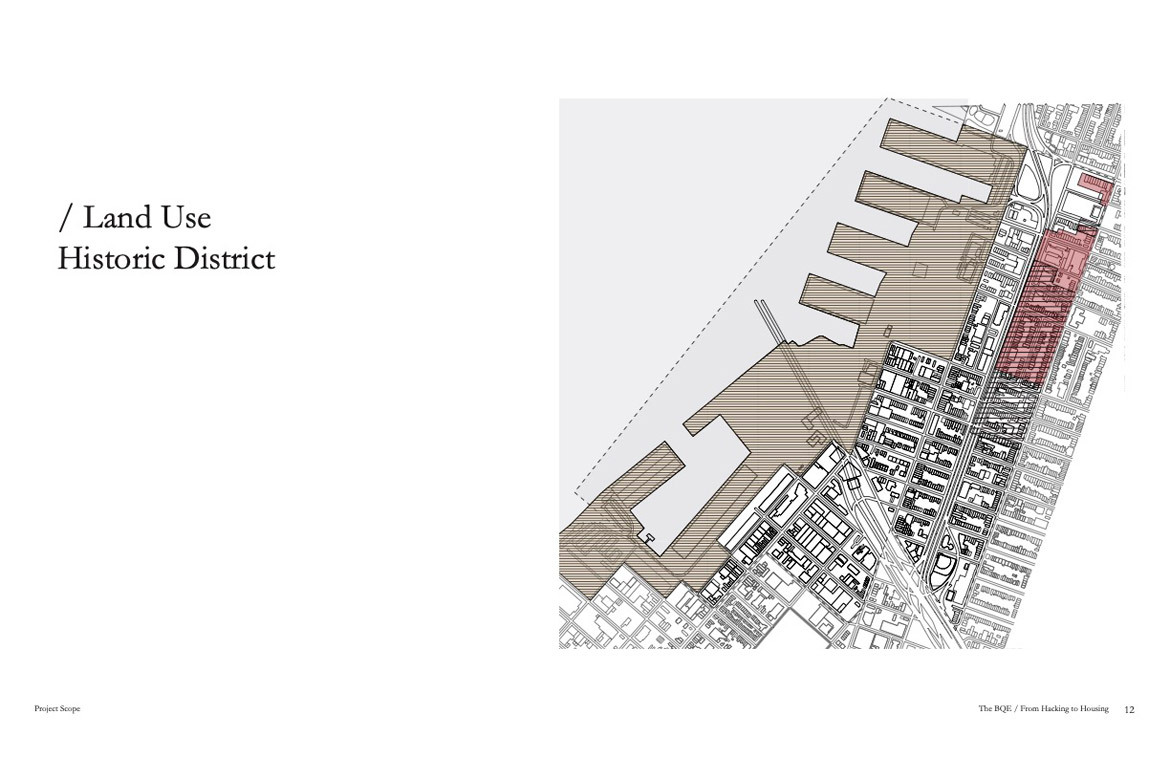 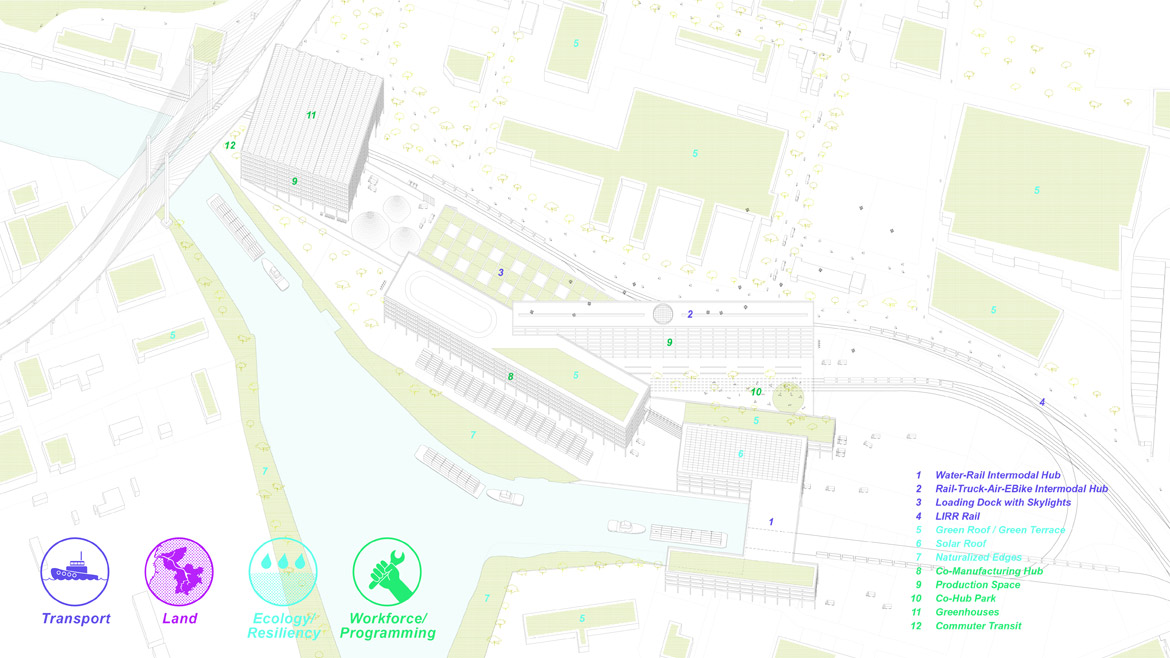 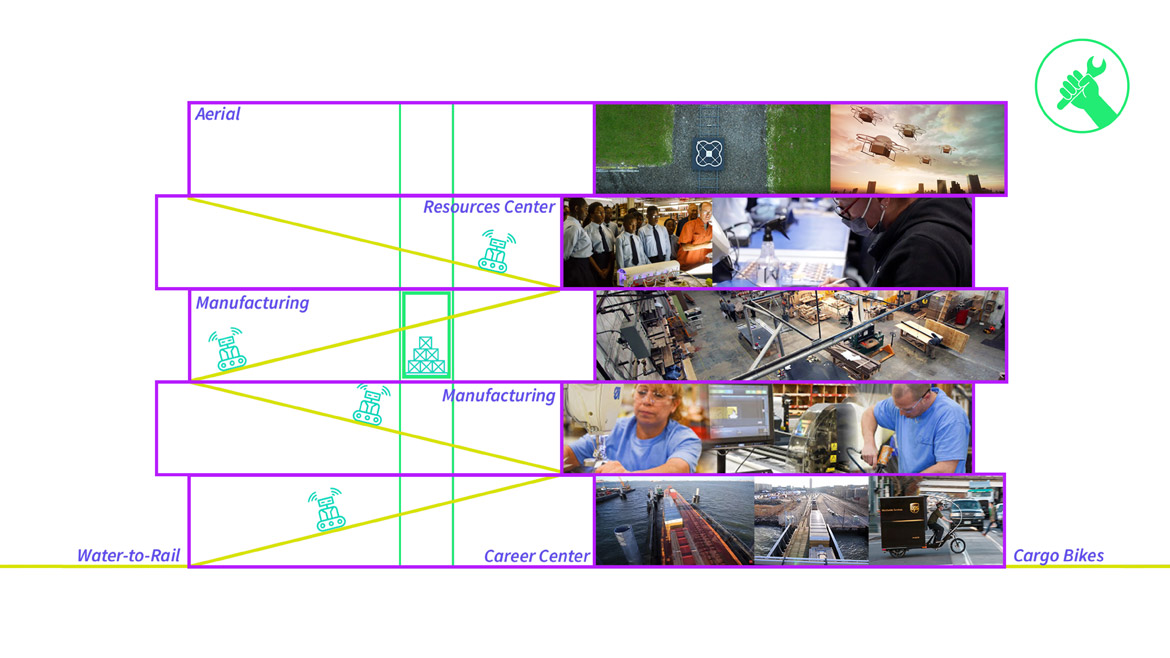 The fourth proposal, “NYC LOOP,” aims to bridge previously fractured neighborhoods. Urban designer and architect Marcus Wilford, landscape architect Ishaan Kumar, and architect urban planner Nasiq Khan rethink the BQE as a publicly accessible transit line from Jackson Heights to Downtown Brooklyn. Their intent is to connect neighborhoods initially divided by an industrial infrastructure that favored cars. The team takes a critical look at the investment in Manhattan-focused infrastructure that largely fails to consider immigrants and people of color in the outer boroughs. 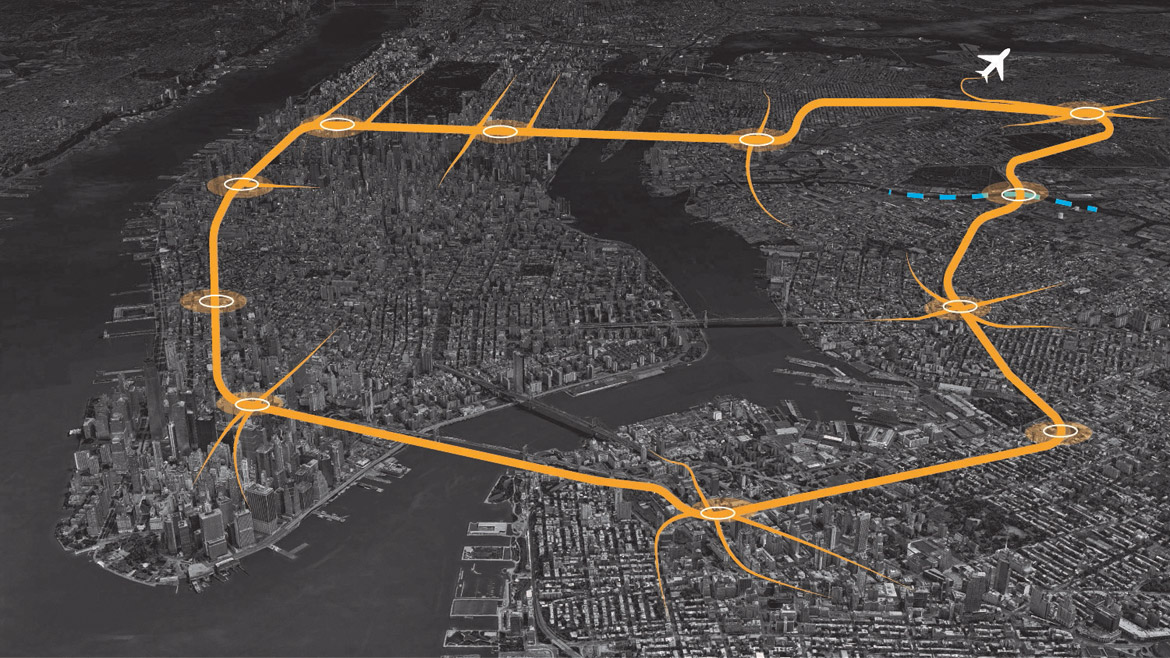 Creating a transit loop that connects isolated parts of the city into the greater whole. 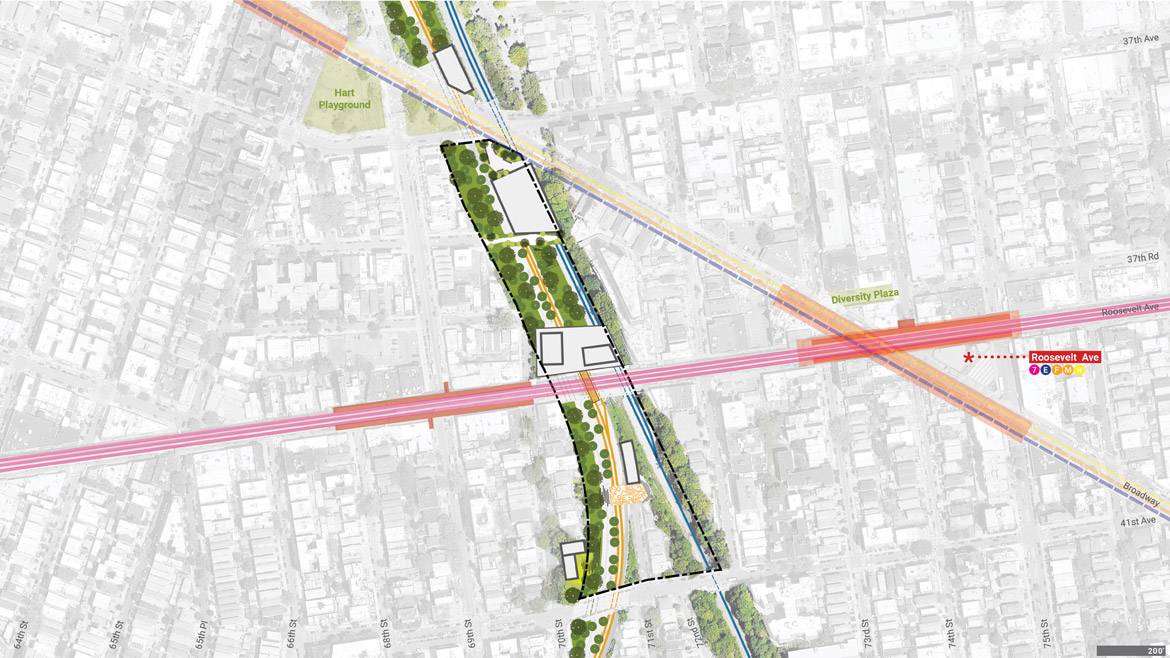 The BQE as the central social and ecological conduit for the community.

The last proposal, “Pre/Post BQE,” introduces the concept of reforestation in urban contexts. Architect and educator Andrew Bruno and designer John Vogt endeavor to reverse pollution and harm inflicted upon communities by decades of construction that served the wealthy few. In doing so, the team seeks to create a thriving, sustainable urban environment rich in “pre-colonial natural ecologies that were superseded by the city.” 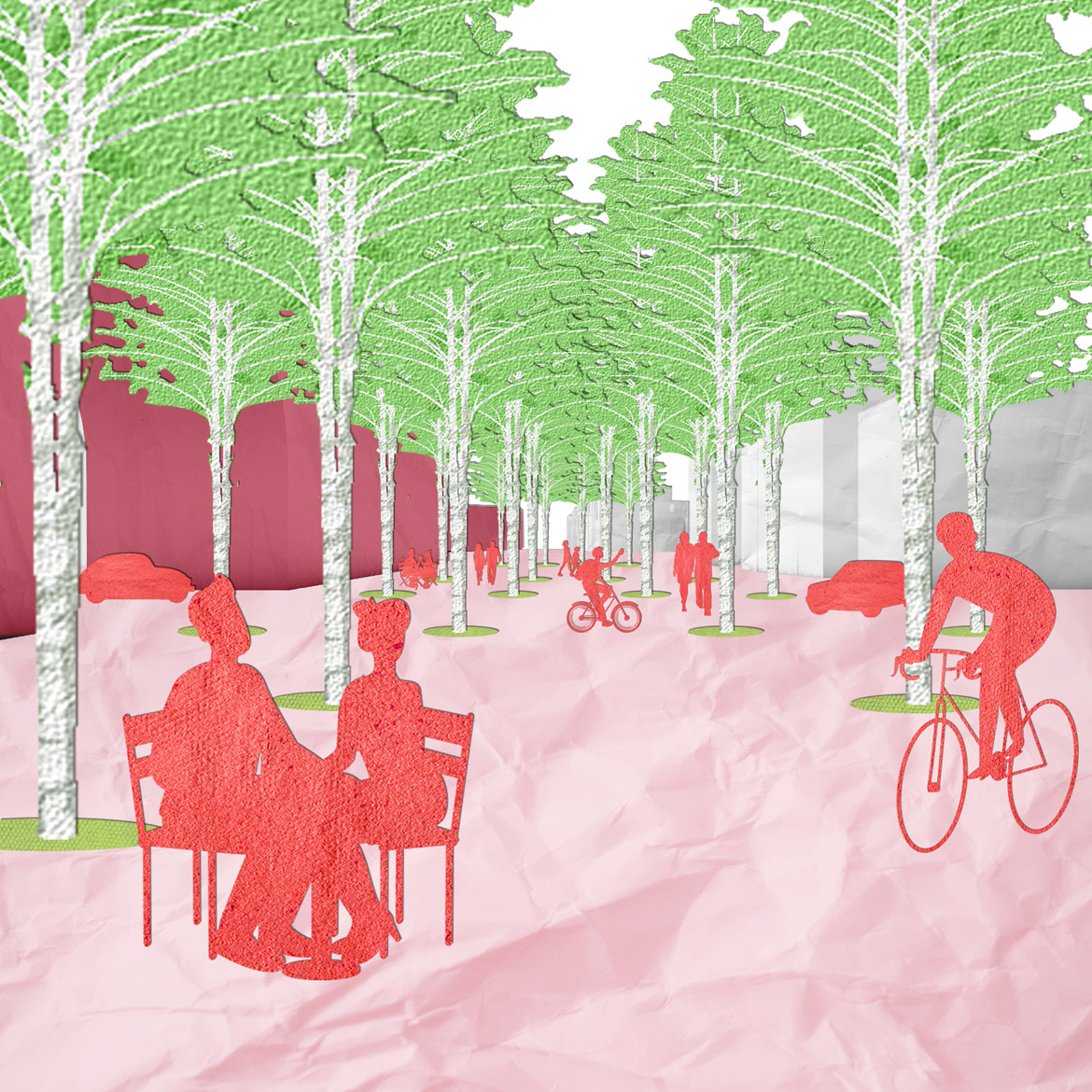 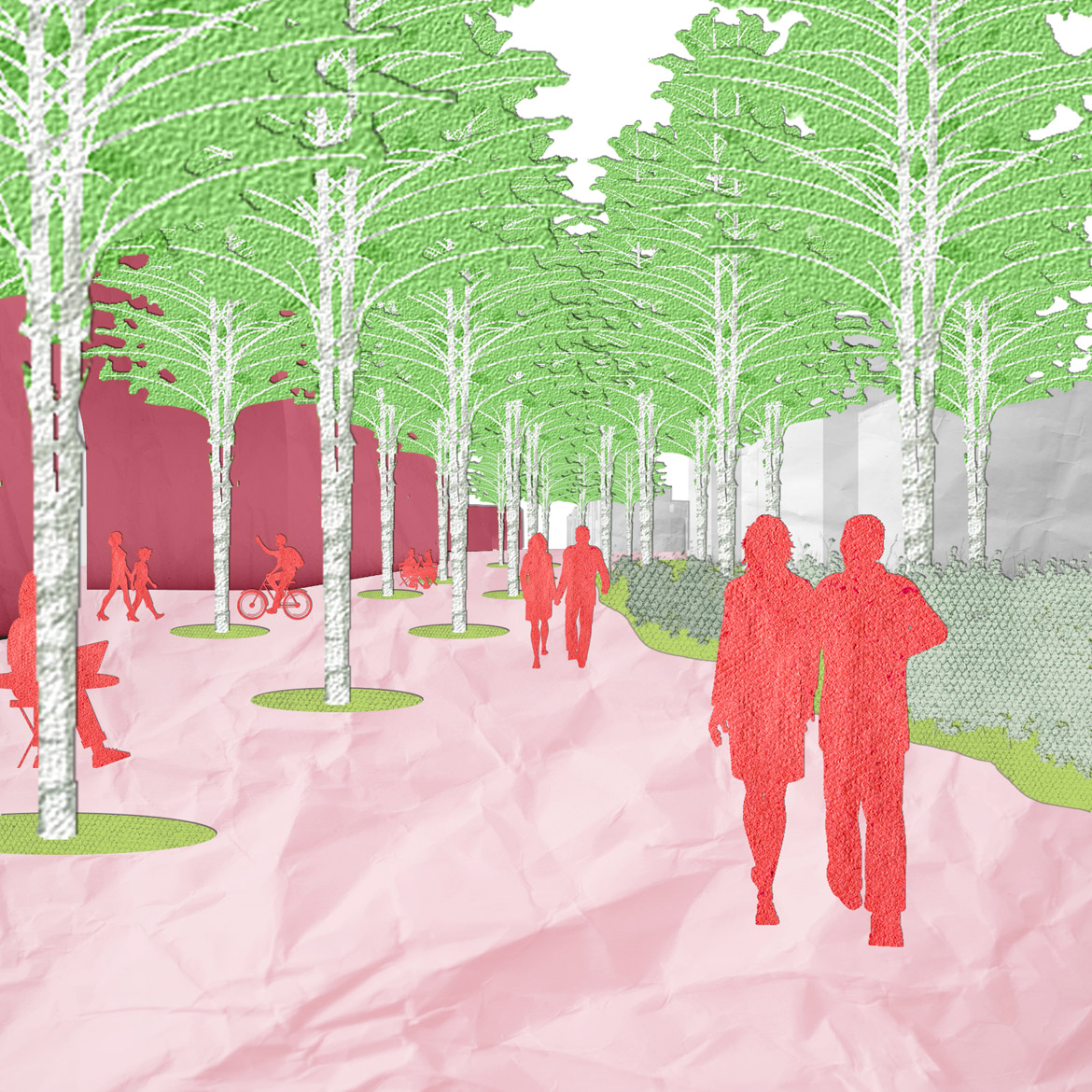 Third Avenue Surface with patches of wilderness beginning to appear.

The exhibition–which follows years of the IPA’s previous mobile residencies in Sugar Hill, Harlem (2014), Sunset Park, Brooklyn (2016), and Flushing, Queens (2018)–continues to grapple with urban issues as part of a nationwide fight. BQE is part of “a huge movement now of freeway fighters,” says Kirschenfeld. “People all across the nation [are] fighting the extension and widening of freeways, [asking] ‘is it worth uprooting thousands of people for cars?’”

Director of the IPA’s 2020 residency Janet Fink points out that the BQE received a Congress for the New Urbanism’s 2021 “Freeway without Futures” award for 2021 that highlight projects “across the U.S. advocating to take down freeways and give them back to communities.”

“Our City could use the same means to redress the displacement and segregation intentionally implemented through the BQE as it was authored by Robert Moses,” wrote the IPA in a statement.

The IPA’s BQE Exhibition with its varied proposals will remain on display at the Block House on Governors Island, until February 11, 2022. It is accessible by ferry, which now operates year-round.