Lori Brown on the Political Role of Architects

Lori Brown is a feminist architect, professor, and author who has devoted her career to investigating the relationship between legislation, space, and architecture in the realm of women’s rights. Her 2013 book about the spatial impact of abortion legislation, Contested Spaces: Abortion Clinics, Women’s Shelters and Hospitals, questions why architects aren’t more politically engaged in such spaces. Brown is also a co-founder of ArchiteXX, an independent organization devoted to uplifting women architects, and is currently working on a book about birthing centers along the U.S./Mexico border. She has been teaching at Syracuse University's architecture school since 2001 and is a registered architect in the state of New York.

2021 was a landmark year for abortion law, as Texas and Mississippi enacted some of the strictest legislation surrounding the procedure since the passing of Roe v. Wade in 1973. Now, other conservative states are following suit. RECORD spoke to Brown about her work with abortion clinics, the role of architects in contested spaces, and the impact of new legislation on the daily lives of women in the American South.

This interview has been edited for length and clarity.

What made you start researching abortion clinics?

My interest in this topic stemmed from my frustration with what I perceived to be the lack of political engagement within the discipline [of architecture]. I decided to explore something that was overtly political as a way to force my own thoughts and try to make them clear about how architecture can become engaged in more political spatial conditions. And abortion seems to be one of the most politicizing subjects in the United States and in other parts of the world.

I didn't know where this research would lead but as I interviewed a lot of independent abortion providers across the country it became clear that, although they didn't necessarily employ architects, they did care a lot about the quality of their spaces. They wanted to provide better care in better environments, which shows that architecture does have a role to play.

It seems like you're challenging the idea of designers or architects being politically neutral.

Yes, because we're not. We think by not doing anything, that that’s neutral, but that's also a decision which reinforces the politics that exist already. Initially I was so frustrated with the apathy toward putting our discipline on the line. But I also need to say that as an academic, I'm not beholden to clients. For example, when I visited one clinic, where there happened to be two architecture offices on either side, I realized that [the architects] would lose their livelihood if they came out publicly in support. And that is true in so many parts of the country, especially in the South and in the Bible Belt regions. Some [architects] work behind the scenes in support, but most are not willing or able to speak out publicly. But I think it's important to push back on our discipline and I think we need to be more politically engaged. There are many spaces that architects need to be involved in that we tend to run away from.

Your book Contested Spaces explores the spatial impact of legal decisions concerning abortion. What were the legislative actions you looked at specifically?

I started initially looking at court cases that had direct implications on dimensions around buildings and bodies and looking at what kinds of restrictions get put into place, many of which are spatially oriented: not allowing publicly supported spaces to provide this care or requiring building code changes. Some then had to do with who could provide this care: public-supported health clinics could not even mention abortion in what they suggest for patients. So it was both spatially as well as practice-based for medical professionals.

Going and visiting and interviewing providers was important as a part of my research in terms of learning how the clinics responded. Some clinics continue to receive an onslaught of protestors. So physically, what do they do to try and create safer spaces? Many of them have escorts, but some of them put up protective sheeting or use landscape to deter protestors—some even have used noise. One clinic in Alabama had a sprinkler system that would just happen to water protesters and grass at the same time.

How has your academic research transformed into more practical work as an architect and designer?

When I interviewed the staff of [Jackson Women’s Health Organization] for my book, it was clear they needed architectural help. They were continually getting an onslaught of protestors, so they had to wrap bed sheeting through this wrought iron fence [for privacy]. I spoke to the owner, Diane, and said I know there has to be an architect who'd be willing to work with you to create not only a safer, more secure fence, but one that also is just more aesthetically pleasing.

In connection with ArchiteXX we had a call for design ideas for that project as a way to talk about how design can participate more fully in these types of contested realms. One, that I thought was fantastic, was a responsive surface that would activate when there was more noise [from potential protestors]. I tried to work with the designers to move that forward, but timing-wise it didn't work out and it was going to end up costing way too much money. But I took the physical piece and presented it at several conferences, and at one I was introduced to clinic owners in Huntsville, Alabama who were also interested in this public interface. And so I, with a research assistant, came up with a proposal that they do want to implement.

Can you walk me through the design that you developed for the Huntsville Clinic?

The clinic’s owner and doctors were interested in being good community members. We wanted to create something that engaged and worked with its community instead of turning its back on it. The owner loved the idea of the sprinklers embedded in a wall to be used to, you know, water things that were out in front. But then, on the inside we created a more lush vertical wall system which creates a very different environment.

Through interviews with the escorts we realized that, because of the clinic’s protocols, no one is allowed inside except for the patient. So when people come and drop off their family members or friends, they have to wait in their car for hours. And it gets really hot in Huntsville. They asked, “Can we have some sort of shaded area? Could we even have a playground for when children are with them?” So we designed this shaded terrace system and a water feature that children could play in out back, all hidden behind the wall system. 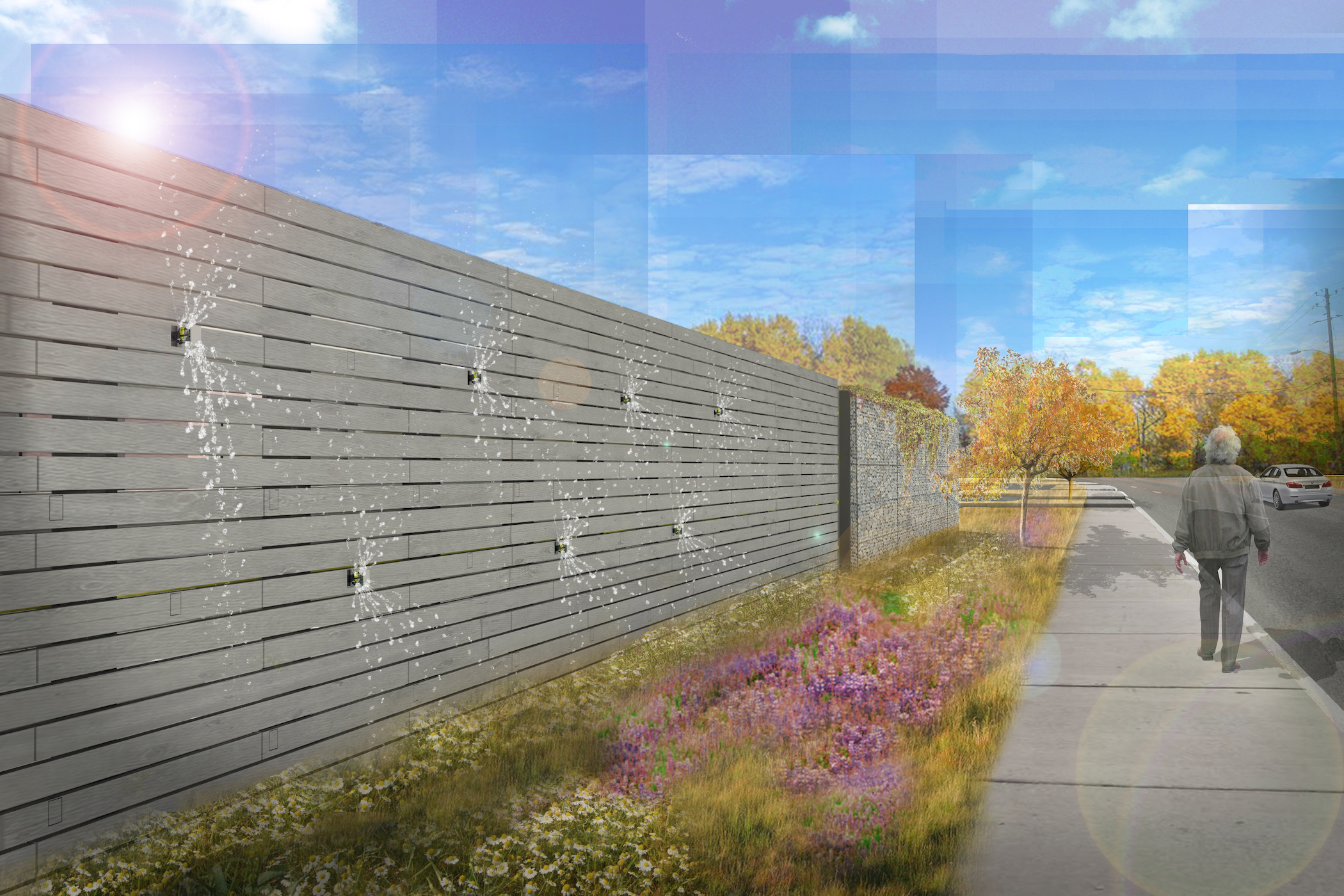 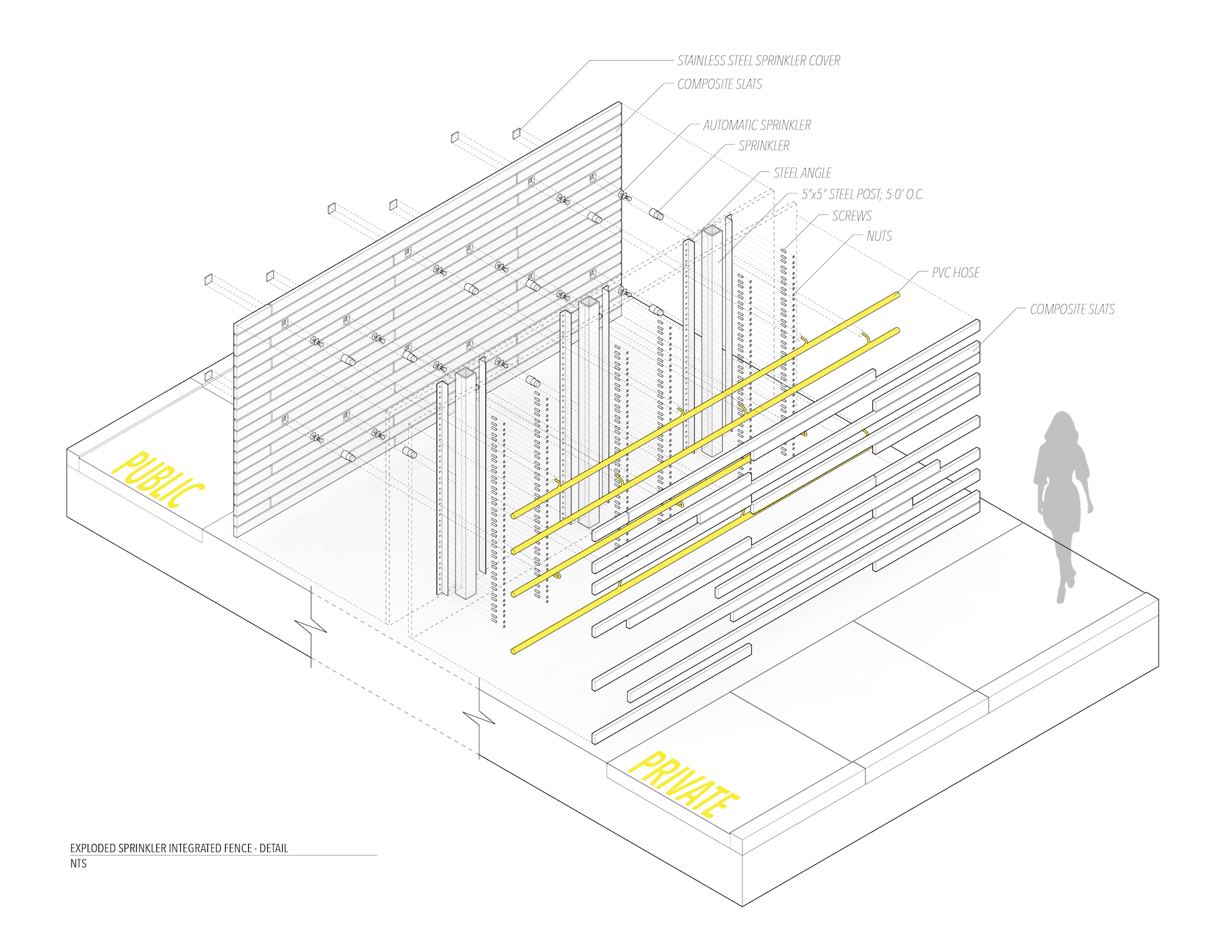 That's interesting. When you think about the design of abortion clinics—they are essential medical facilities, and they're very vulnerable, but that doesn’t mean that they can’t be made pleasant.

You’ve argued quite strongly for architects to be more politically involved. What can architects do in the context of the restrictions being enforced in Mississippi and Texas right now?

It's not like we're going to design new clinics right now, but we need to be in support of and in solidarity with the challenges they're facing. There are ways to help raise further awareness of what's happening: what the impacts could be, the predicted verdict of the Supreme Court Case, and the fact that women in Texas only have until six weeks to access care or get an abortion. What kinds of alliances can we build across state lines also to help?

Because you've devoted your career to uplifting women in the industry, do you have any thoughts about where women in architecture stand right now?

There's still so much to be done, so much more of women's contributions have to be acknowledged and written about. But I'm made hopeful by my students, because they have such passion and are committed to issues of social justice and equity and bringing more diverse voices with them. And even though we still have so far to go on issues of racial diversity and ethnic diversity, gender diversity in our student body has improved immensely, even since I was a student. I keep doing this work because I want their experiences to be different from mine. That’s what motivates me to keep working toward change, both in academia and in practice.