This website requires certain cookies to work and uses other cookies to help you have the best experience. By visiting this website, certain cookies have already been set, which you may delete and block. By closing this message or continuing to use our site, you agree to the use of cookies. Visit our updated privacy and cookie policy to learn more.
Home » Snapshot: Luminous New Star on Sagrada Família's Tower of the Virgin Mary by LKL
ProjectsBuildings by TypeLightingSnapshotSpiritual Projects

A stainless-steel-and-glass 12-pointed star, illuminated by the German lighting design firm Licht Kunst Licht (LKL), glows atop one of the spires of Antoni Gaudí’s Sagrada Família basilica in Barcelona. In planning the church—a UNESCO heritage site under construction for over 140 years now—the Catalan architect originally stipulated that the “star must be a luminous element at night, and during the day a non-transparent architectural element.” However, Gaudí wrote, “the luminosity...must not be excessive, but rather dim to avoid the architectural dematerialization of the star.” The recently installed element, crowning the 450-foot-tall Tower of the Virgin Mary, consists of 10-foot-long steel-framed pyramidal points with triple-layer glass infill (the top layer of which is textured “artistic glass” made specifically for the project). LKL’s Barcelona office (which is overseeing the master lighting plan for the tower and the entire church) employed miniature LED luminaires for the spire and star that are designed for precision, control, and to withstand lightning impact and the heat of Barcelona’s summers. “The goal is to see the building illuminated but not to see the luminaires,” says LKL project manager Naiara Caballero, of the effort to seamlessly integrate luminaires within Gaudí’s organic forms. “We didn’t want to place our stamp—we just wanted to respect the architecture.” 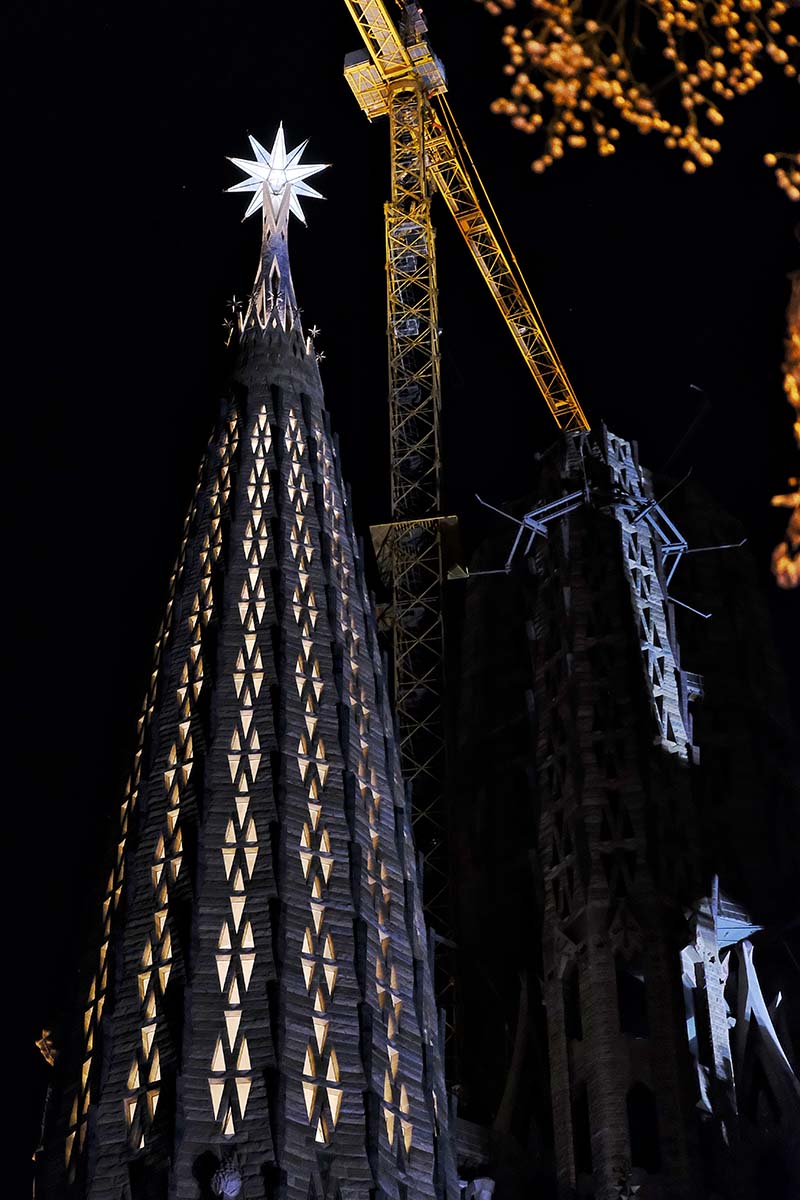 The Gardens of Mount Curve, a 1964 Record House, Reimagined by Coen+Partners