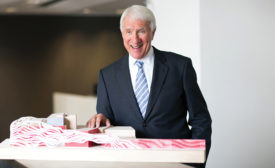 RECORD speaks with the Kohn Pederson Fox founder about his conversational autobiogra­phy, 'The World by Design: The Story of a Global Architecture Firm.' 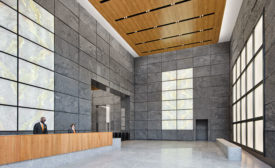 Hidden luminaires help the three-story lobby of an office tower at Hudson Yards in New York achieve an ageless character. 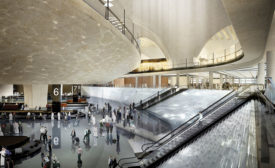 Seven up-and-coming aviation projects, in various stages of planning and construction, will soon be ready for takeoff. 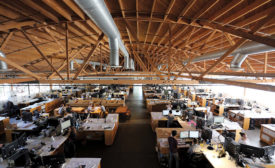 The Future of Practice: Large Firms

Firms with high head counts and deep pools of talent are ripe for creative reinvention, but vulnerable as well. 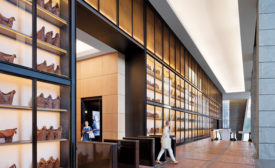 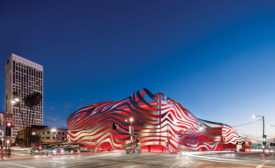 The steely body of KPF’s new shell for this museum’s existing structure is vibrant, yet the lighting was configured to minimize light pollution. 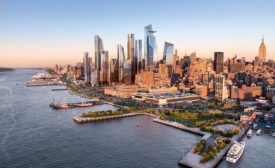 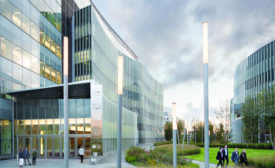 The City College of New York (CCNY) is a bit like an academic Acropolis. Situated in Upper Manhattan on one of the island’s highest points, its collection of early 20th-century neo-Gothic buildings, by George B. Post—and more recent additions by architects that include Skidmore, Owings & Merrill and Rafael Viñoly—sit high above the surrounding neighborhood of townhouses and low-scale apartment buildings.

As it did with Centra in Iselin, N.J., Kohn Pedersen Fox turns another suburban eyesore into a gleaming office building.
Ronda Kaysen
No Comments

It's not easy being an ugly office building in New Jersey. Drive down any suburban stretch and these dinosaurs from the 1980s languish on the roadside, lonely reminders of a time when builders thought everyone would want to work in suburbia forever.

Enter the Dragon: In the Kowloon district of Hong Kong, across the harbor from the main part of the city, looms a trimly tapered mixed-use tower.
Suzanne Stephens
No Comments

American architects are exporting a luxury product of a dimension and scale few clients in the United States can afford at home: the supertall skyscraper—that is, a skyscraper over 1,250 feet tall.