True to its name, Boxing Plus in Taipei, Taiwan, offers many ways to get fit. That range led local consultants Chubic Lighting Design to use luminaires in two ways in the 6,050-square-foot gym: to delineate its areas and support its members with func­tional and inspiring illumination.

Fittingly, the boxing ring has the most dramatic illumination, with floodlights changing from purple to red to blue during—respectively—the warm-up, sparring, and cool-down periods. The overall effect is upbeat and theatrical—and has even prompted Vogue, GQ, and Elle to hold photo shoots in the space. 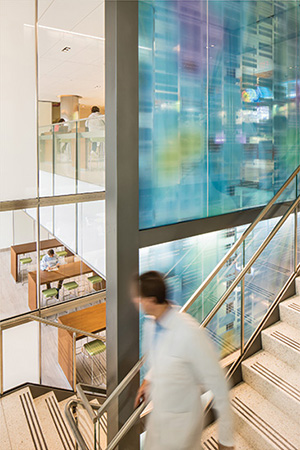 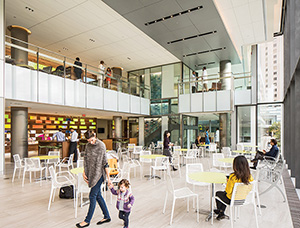 Like many healing spaces, the Building for Transformative Medicine at Boston’s Brigham and Women’s Hospital is flooded with sunlight, which has been found to speed patient recovery. But architects NBBJ also utilized illumination as a way- finding device in the 620,000-square-foot facility.