“A man was lynched yesterday.” Between 1920 and 1938, a flag bearing those words flew from the window of the NAACP’s headquarters in New York each time a Black person was lynched in this country. On May 26, the organization posted a black-and-white photograph of that banner to its Instagram account, with a caption demanding justice for George Floyd the Black man killed by Minneapolis police the previous day.

More than half a century after the civil-rights movement, and over 400 years since the first enslaved Africans arrived in Virginia, protests and cries for an end to racial injustice and police brutality have swept across the globe as the United States once again grapples with its original sin. Within the field of architecture, where demographics skew toward white male homogeneity, many are beginning to interrogate the ways that systemic racism has shaped the profession and the built environment. 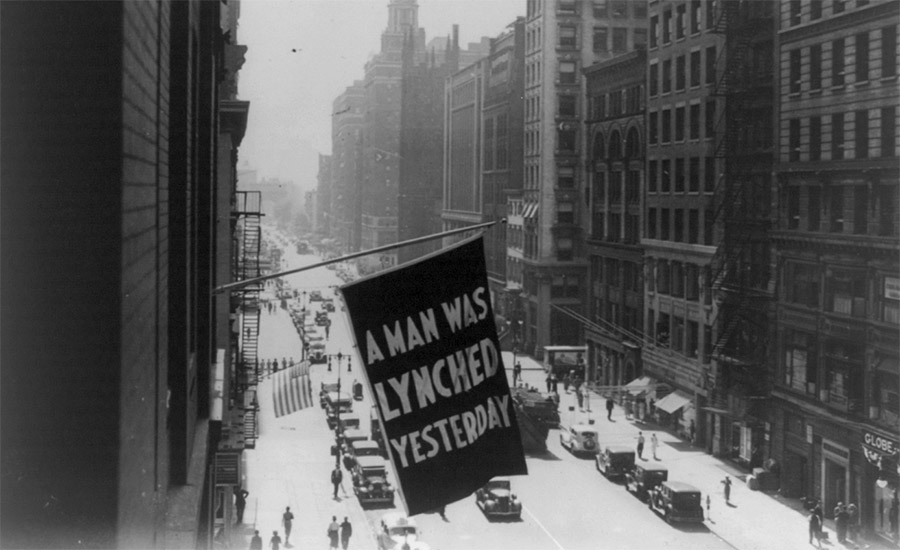 The National Organization of Minority Architects (NOMA) was quick to issue a statement in the days following Floyd’s death. Kimberly Dowdell, the 2019–20 president, brought into sharp focus the stakes of the current and longstanding crisis: “Before we can confidently advocate for greater economic opportunities for architects of color, we need to ensure that those very people are first able to breathe.”

Artist Amanda Williams, who earned her B.Arch. from the Cornell University School of Architecture, Art, and Planning, describes the racist foundations of the built environment as “a metastasis baked into every kernel, from planning and zoning to multi- and single-family housing and conversations about public and private space.” Born, raised, and based in Chicago, Williams was aware of the relationship between race and urban design from a young age. “My limitations and movements were formed by planners, designers, and society telling me that there were places that I should and should not be before I was even born,” she says.

Much of Williams’s work which has been featured in exhibitions from the Chicago Biennial to the Venice Biennale deals with the complexities of race, place, and value. “It’s extremely painful to have to admit that most of the country was built on unpaid or low-wage labor,” she says. “But when you bring in a group of people to be free labor, and then emancipate them after the physical ground they walk on has been divvied up and given to everyone else, then, literally, there’s nowhere for Black lives to be, so of course they don’t matter.” 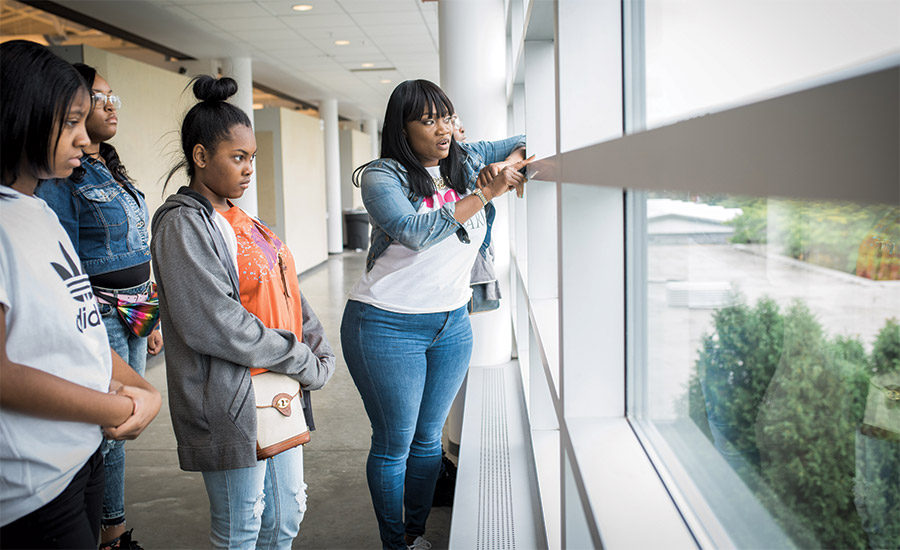 In the weeks since Floyd’s killing the latest in a long and growing list of similar tragedies many professional groups, firms, and schools have released statements in support of racial justice. But for Tiffany Brown, a project manager at SmithGroup’s Detroit office and NOMA executive-board member, many of those words fell flat. “There was no empathy behind them, no purpose. It was, ‘Maybe we should say something.’ But when you look at those companies, do they have Black leadership? Black people on their executive board or board of directors? Maybe a few, but minuscule numbers in relation to the amount of staff they have.”

The lack of representation in professional leadership and education, especially, has emerged as a top concern for many designers. “Maybe there is a parallel to be drawn between the lack of Black perspectives within the architectural ‘we’ and the inability of the architectural profession to find a suitable response to the current state of social justice,” wrote architect and educator Sekou Cooke in an essay RECORD published online last month.

“I don’t understand how you can have a conversation or lead a studio about any major American urban center without one person there from that environment, who can give you a different perspective,” says Williams. “Just whose Black lives matter to you? Whose Black lives are you talking about? If you can’t see them, then that is the problem.”

To help right these systemic wrongs, Tiffany Brown is encouraging young people to pursue architecture in particular, those from backgrounds similar to her own. “I was born in a development that was created by racist urbanism,” she says. “Somehow I made it to where I am, but generation after generation, there are so many who do not, because of the built environment and the way that our neighborhoods and cities are designed.”

Architect Pascale Sablan, a senior associate at the firm S9 Architecture in New York, argues that equality should be woven into the fabric of a firm’s culture. “We can’t say we’re only going to start fighting for justice when it’s time to build a monument, memorial, or museum,” she says, suggesting actions like volunteering, making contributions, and hiring for greater diversity. She founded Beyond the Built Environment, an organization that addresses inequality by profiling Black architects, curating exhibitions, and creating a database of Black professionals for others in or considering a career in architecture.

But there are no easy solutions for such complex and deeply rooted injustices. “Nobody wants to hear this answer, but what you need to do now is the work,” says Williams. “You’ve got to do the reading, you’ve got to have the tears by yourself. You’ve got to understand why it happened, and then make personal decisions.”

Stepping Up: Tiffany Brown on Leadership and Opportunity