The Zayed Centre by Stanton Williams

A new research facility for the study of rare diseases in children is now part of London’s Great Ormond Street Hospital (GOSH). One of the world’s leading pediatric facilities, it opened in 1852 in a townhouse and expanded rapidly, thanks to philanthropy—J.M. Barrie gave his copyright for Peter Pan to the institution in 1929. Now the hospital depends on the National Health Service for the bulk of its operational budget, but thrives because of private and charitable donations. Today, GOSH is an intensely urban low-rise complex, packed into Bloomsbury’s Georgian district, which provides 339 beds in 14 different buildings. In the late 1990s, the hospital managers considered moving from central London but rejected this idea for an ambitious new development that improves and expands the existing facilities. By doing so, the hospital retained the famous address, remained part of an ecosystem of other institutions, and attracted top staff who want to work in central London. 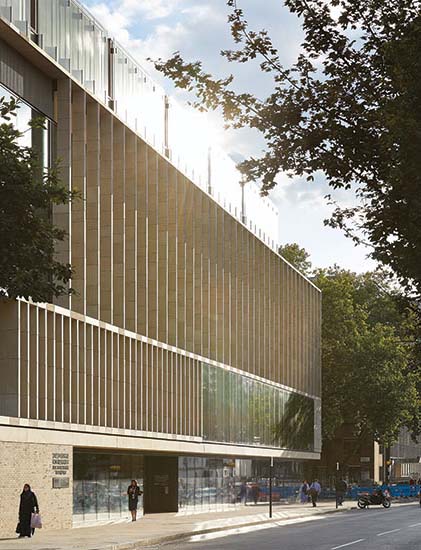 Shimmering glazing forms a vitrine at the street-level entrance of the Zayed Centre. Photo © HUFTON + CROW, click to enlarge.

Now architect Stanton Williams has inserted a generous, dignified new research and outpatient facility of 141,000 square feet in a ­domestic-scale neighborhood by taking over the site of a demolished computer facility at University College London. Constructed in partnership with the university and GOSH, the Zayed Centre was made possible by a $75.5 million donation from Her Highness Sheikha Fatima Bint Mubarak, the wife of the late Sheikh Zayed bin Sultan Al Nahyan, founder of the United Arab Emirates.

One of the building’s great strengths is the simple transition between a six-story mostly glass-and-terra-cotta facade on the north and the more traditional three-story scale of the brick Bloomsbury neighborhood to the south. It also represents a new typology for a radically modern type of medicine: the first time anywhere that outpatient pediatric care has been paired with laboratory research in rare diseases. Research previously took place at GOSH in separate pockets across the wider hospital assemblage. 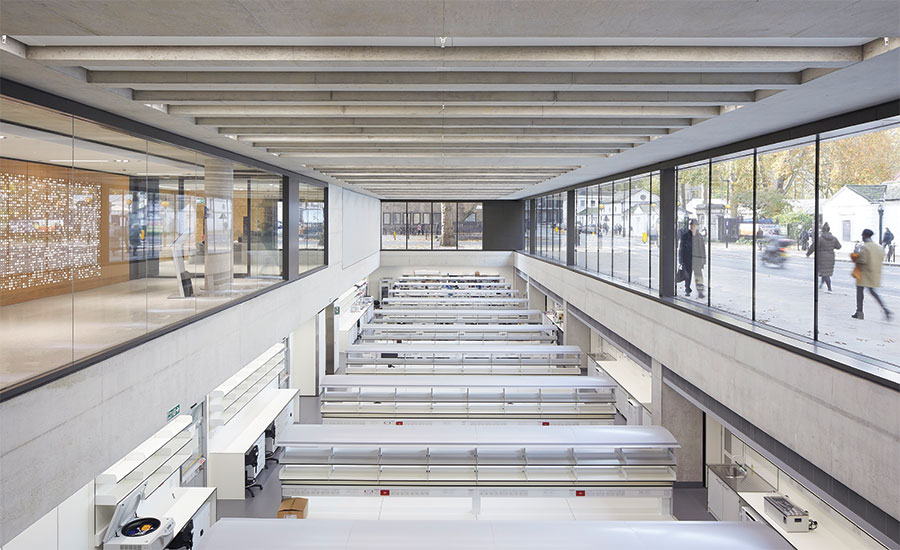 Visitors walking along the front enter and cross over the lab on a bridge to get to the interior lobby. Photo © HUFTON + CROW

Encouraging proximity between lab research and patient care meant managing the moments of necessary seclusion, along with visibility when desired. This strategy is immediately evident along the building’s north side, where what appears to be a long open vitrine on the ground floor sits beneath an impressive finned terra-cotta screen shielding glass walls. Pedestrians walking by the center can look down into the labs on the lower level or to the street-level reception area. Both outpatients and lab workers enter the building by walking on a bridge extending over the below-grade labs, which get abundant daylight from the street level above.

The eight-story structure (two stories of which are below grade) is concrete—a post-tensioned slab with wide spans—that is “deliberately quite straightforward,” says Gavin Henderson, a principal director.
Yet the subtlety of the scheme is manifested in the way the interior recon­ciles families, often with very sick children, and research personnel. “Research­­ers are developing new treatments, which the patients are then receiving,” adds Henderson. “The outcome of those treatments is fed back into the research. So there’s a sort of a virtuous circle.” 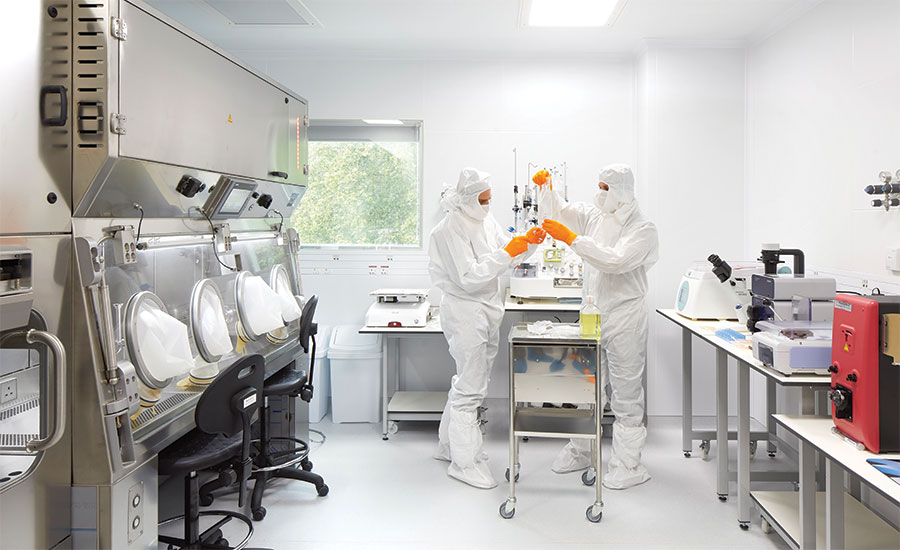 Clean labs are located on the upper levels. 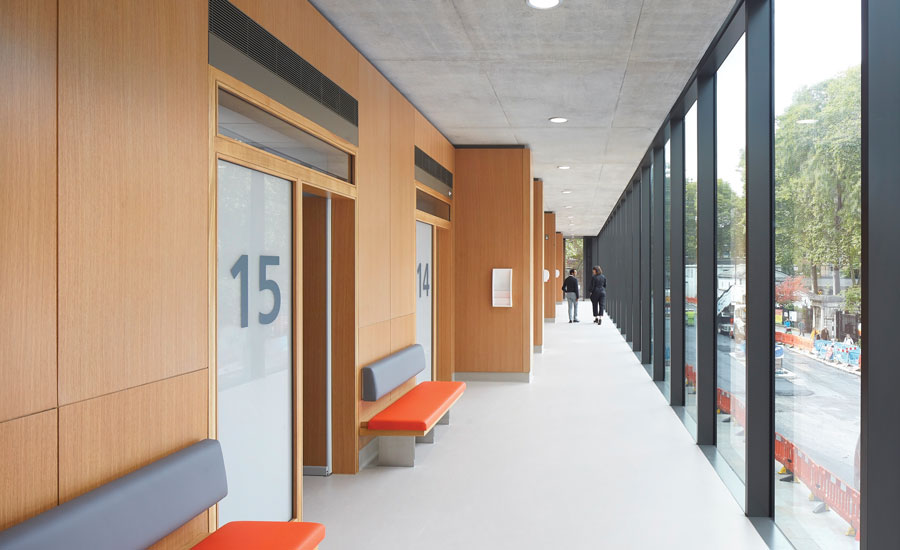 The outpatients’ waiting area on the second floor overlooks the street.

The architects placed the labs in the basement and also on top of the building, leaving the central floors for outpatient activities and administrative workspace. The fritted glass “attic” heightens the legibility of the clean-room laboratories —the biggest facility of its kind in Europe. A large skylit atrium, with a commanding oak staircase, becomes the heart of the complex and permits views between research and outpatient areas. 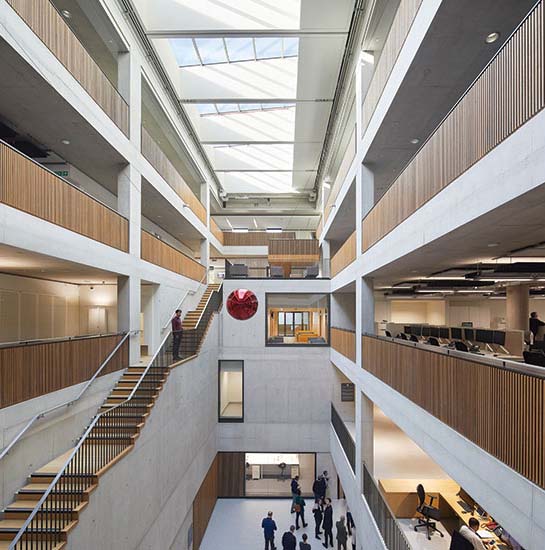 Notably, circulation space becomes incidental-meeting area. The architects pulled back the consulting rooms from the main facade, creating an interstitial space where families wait to see consultants, and where medical professionals might confer with each other. Too often, academic and research buildings encourage scientists to engage spontaneously with each other only in cafés. The Zayed Centre enables this goal to happen less deliberately and closer to workspaces. The interior, extensively finished in European oak, provides a warm gesture to what must be for many families the first step on a terrifying journey. 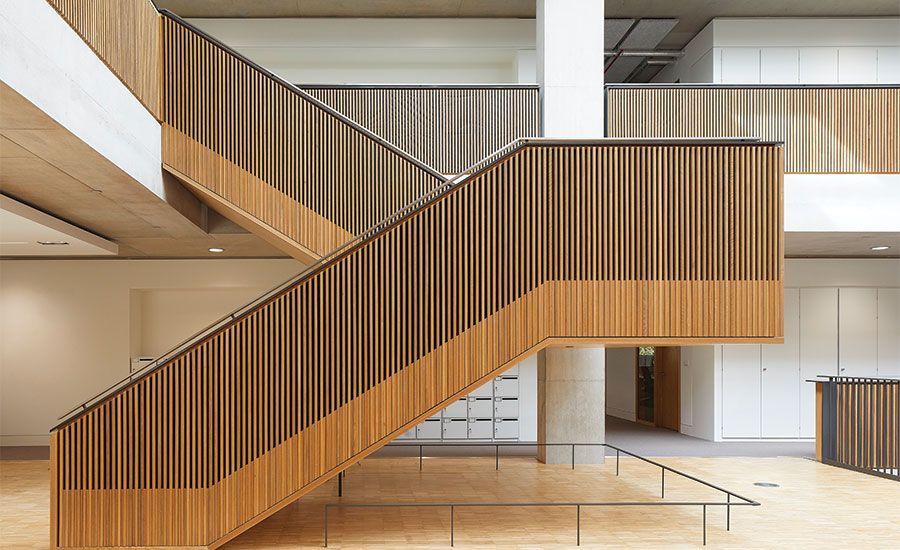 This steadfastly sympathetic approach is familiar to those who know Stanton Williams’s work. This quietly successful practice, founded by Alan Stanton and Paul Williams, was celebrated in 2012 when the firm won the RIBA Stirling Prize for the Sainsbury Laboratory for the University of Cambridge. Like that building, which was commended for its “calm beauty,” the Zayed Centre expresses the architect’s role in creating a space for social interchange.

Professionals are not always entirely comfortable with working in a somewhat public setting. Yet, even though the Zayed Centre was completed before the COVID-19 crisis, the building, with its glass loggia on the street, foregrounds quite uncannily how the expertise of medical professionals now assumes a very public role. The Zayed Centre gives that new recognition an architectural form while reasserting a strong urban role for the research facility. 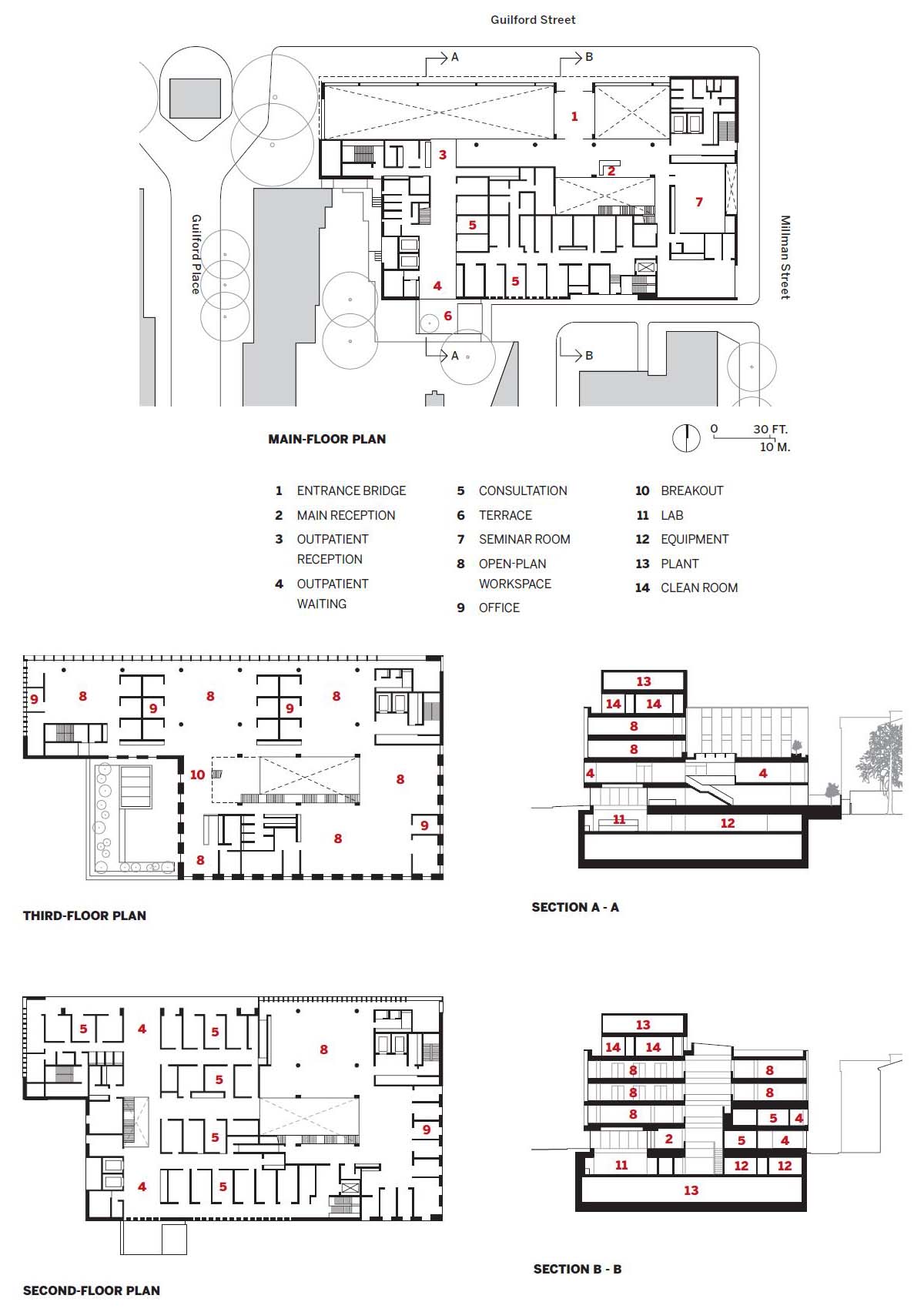 The Tide by DS+R with Neiheiser Argyros Opens in London