Systemic change in architecture moves slowly, or sometimes not at all. Much of the “PPP” (post-pandemic prognostication) about the profession has focused on implications for the near term, after what is hoped to be a short but probably severe recession. Le Corbusier once declared that “in every field of industry, new problems have presented themselves and new tools have been created capable of resolving them. If this new fact be set against the past, then you have revolution.” If the crises of 2020—economic, epidemiological, and social—are to really change architecture, it may take another decade. So the following is a brief speculative fiction about the practice of architecture, 2031.

Kimberly Sklarek closed her last holographic message and looked across the Inner Harbor of Baltimore from her office window. She stopped to think how things had changed in the eight short years since she had left Washington and set up her firm. That message, left by her newest client, was particularly satisfying: she had just won a major commission for a new social-services center in Minneapolis, and beaten corporate design giant RNO, her former firm, for the job. 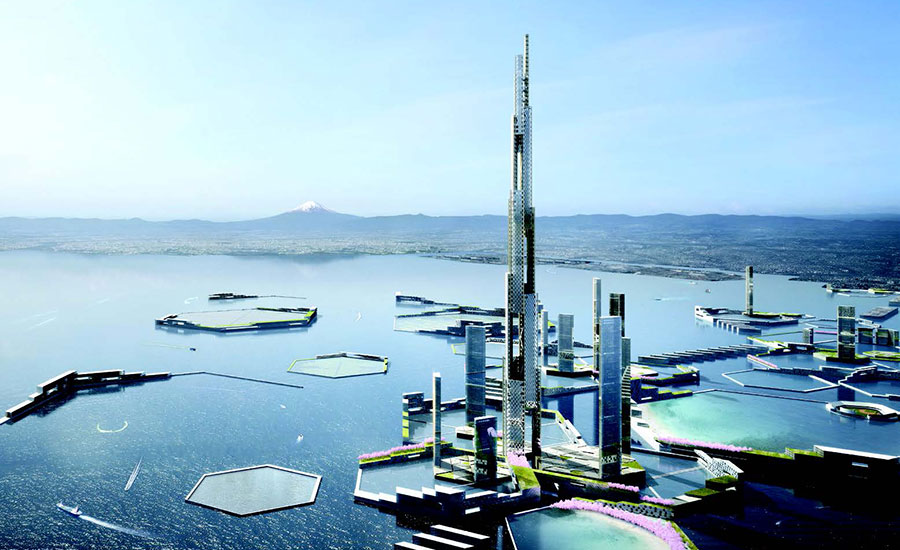 KPF’s Next Tokyo Tower: A mile-high tower sits at the center of a conceptual Japanese megacity for half a million residents. “Part of the vision we proposed is what the world might look like in 2045. It’s meant to be a plausible vision,” says KPF principal David Malott, who led the project. Image courtesy KPF

Architects could practice anywhere these days, so she and her partners chose Baltimore for its East Coast location and steady stream of top graduates who no longer wanted to work only in New York, L.A., or Berlin. They built an office at the top of a 25-story hybrid timber tower with easy access to the I-95 Hyperloop. Forty-three staff fit nicely in the 12,000-square-foot space, which included three teamwork pods, an automated fabrication research lab, and three conference rooms outfitted with high-resolution collaboration software. Across town was the warehouse, where their design mock-ups and construction projects were staged. Only a third of the staff was in the office on any given day, depending on the state of their projects; everyone else was in the field or working from home—some of them around the country. The periodic all-office meeting, when the entire staff would fly into Baltimore for a few days, was held in the shared event space on the second floor of the tower, adjacent to the café and gym. But the COVID-26 pandemic of 2027 had convinced the firm that dedicated space for every employee would never be necessary again.

Kimberly had worked toward licensure while at Princeton, passed the exam less than a year after receiving her M.Arch. in 2021, and quickly climbed the ladder at RNO, despite being the only Black woman hired that year. Two years later she was a lead designer, but, seeing the white male leadership team clearly through the glass ceiling, she decided to leave before she hit it. She sensed an opportunity to capitalize on the emergent design-justice market, where architecture was an instrument for clients committed to social change. With her elite design training, big-firm experience including project management, and deep technology know-how, she joined three friends and formed a firm. They were a powerful quartet: an architect, an engineer, a construction manager, and the former CEO of a successful tech start-up. 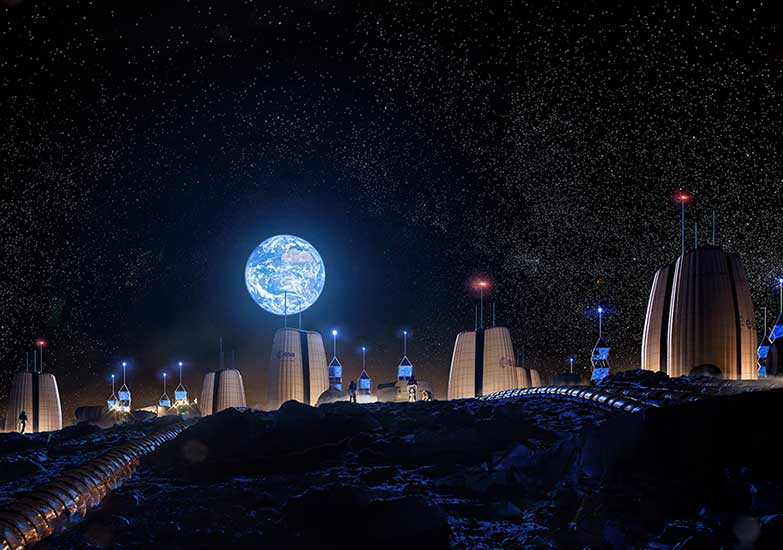 For the first three years, they worked virtually, meeting twice yearly in person in New York to plan strategy. The firm positioned itself as a design-build delivery platform for projects with a social-justice agenda, and they measured success (and generated profits) through quantifiable outcomes. The virtual firm expanded through an alliance of like-minded designers, engineers, scientists, managers, and contractors, getting more capable with each project. Since digital skills were the price of entry, the informational barriers to collaboration across the delivery demands of projects—whether in design, analysis, simulation, or digital construction—were low.

Their team was facile with sophisticated digital modeling, enhanced by generative design through algorithms, simulation, and principles of digital fabrication. They did their first four projects with digital fabricators and builders, and moved easily from design-only to design-build to integrated projects, because they never developed the “risk avoidance” antibodies of their mentors.

Projects were not based on traditional lowest-first-cost procurement strategies. They created buildings that actually improved social conditions, used energy responsibly, met strict construction budgets and schedules, and supported the local economy, so firm profits were tied to achieving these ends by predicting the outcomes during design. An early investment in data collection and analysis platforms made such predictions increasingly reliable. And having more than design awards (architects flattering other architects) to demonstrate the value of their work, they found a variety of clients—local governments, colleges, even a few SRDs (socially responsible developers)—flocked to their door.

But no such advantage lasts forever. Firm leadership knew from hard-won experience that it had been six years since the last downturn, and over time their competitive advantages wouldn’t last. At the upcoming leadership retreat, Kimberly would insist that the firm plot a new strategic plan for its next five years, to apply their design, prediction, and construction capabilities to new markets. She knew that other firms were rapidly adjusting to the new social agenda, and a new generation of Black design leaders was emerging; 10 years of aggressive work in secondary schools had increased the population of Black students in architecture programs to a robust 20 percent. Many of those graduates would be the next generation of leaders of her firm.

As she activated the camera on her holo-desk to record her thanks to her client, a new employee knocked on her office door. A former principal at RNO and part of their (all-white) management team, he had mentored Kimberly at RNO but was laid off when the firm’s social-justice work evaporated. He lacked any relevant skills for their data- and construction-driven practice, but he had two kids in college, so she hired him to organize the firm’s archives. “Congratulations on the new Minneapolis job!” her former boss told her. “I finished the image catalogue for 2024 and 2025.”

Phil Bernstein is an associate dean and professor adjunct at the Yale School of Architecture, where he teaches professional practice in the hopes of inspiring the next generation of firms.