Conceived by Zaha Hadid in 2007, the Opus by Omniyat was completed posthumously by her firm Zaha Hadid Architects (ZHA) earlier this year, adding a welcome volumetric diversion to the rigid linearity of Dubai’s Burj Khalifa district. At just 305 feet high, the 20-story glass building is occupied by a ME Hotel and 96 residences, in addition to offices, restaurants, and bars. With a cubelike form that dissolves at its core, the structure is divided into two towers that are connected by a four-story atrium at the base and a three-story bridge spanning the upper floors of one side. And while the outer walls of the Opus reflect the city and sky during the day, the amorphous void at its heart generates a dynamic glow that defines the building’s form when the sun sets. 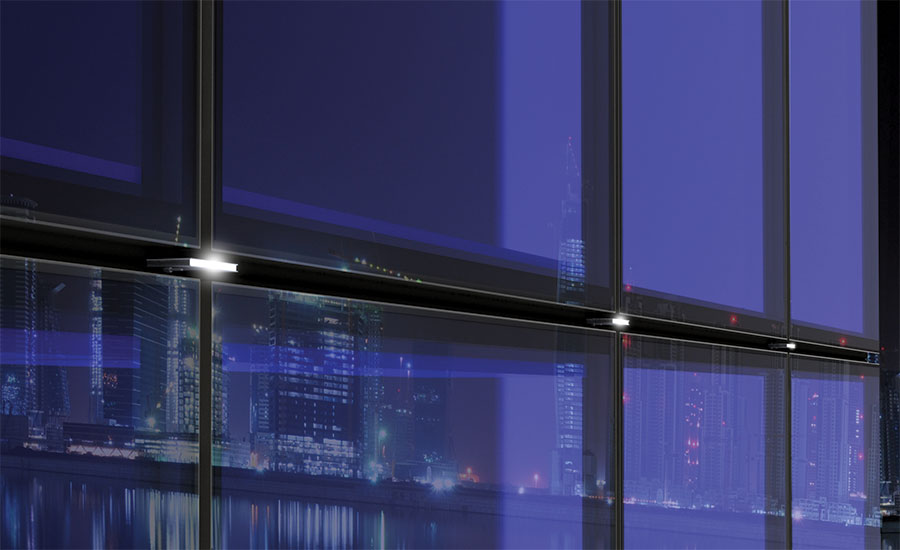 In addition to tucking thin, blade-shaped luminaires flush between the IGUs to keep the facade free of visible protrusions or cleaning obstacles, as illustrated in the rendering, dpa located the drivers in a remote interior spot, easily accessible for maintenance. Photo © Laurian Ghinitoiu, click to enlarge.

The unique strategy to illuminate the surfaces of the void’s 65,000-square-foot inward-facing facade, rather than those of the outward-looking elevations around it, was developed by dpa lighting consultants in response to a brief from ZHA and the client that stipulated a seamless integration of the lighting system into the building. According to dpa designer Michael Curry, “A critical consideration was to ensure that the lighting equipment did not detract from or compromise the smooth, flowing form of the internal void.” To do this, dpa collaborated with the building design team and lighting-manufacturer Vexica to create a network of 5,000 individually controllable 1.5-watt RGBW LED points of light. These are contained within blade-thin luminaires embedded, flush, into the skin of the building between its insulated glazing units. Managed by a DMX control, the system can “paint” white or colored light scenes across the expansive glass “canvas” of the void.

For a project of this scale, the illuminating scheme is low in intensity and power, as gentle on the area’s dark sky as it is engaging to onlookers, and a model to be considered for future urban plans. 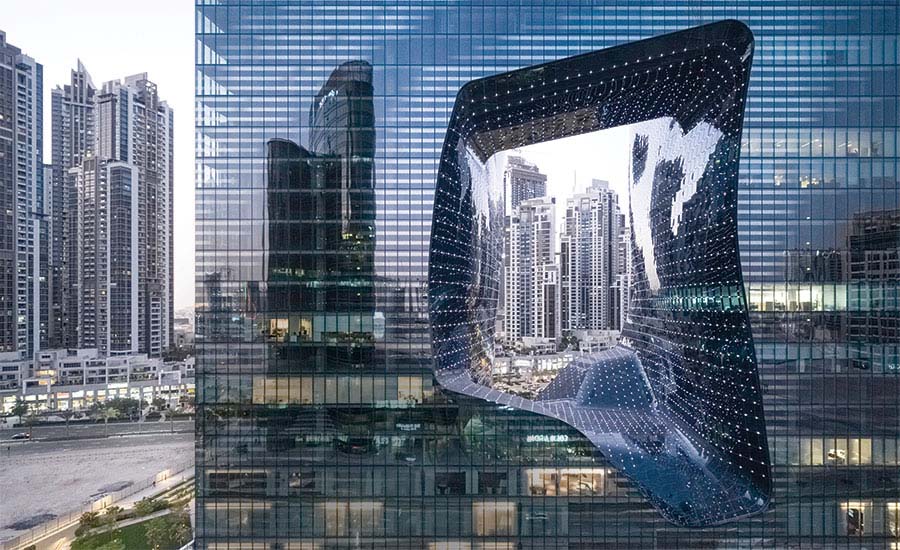 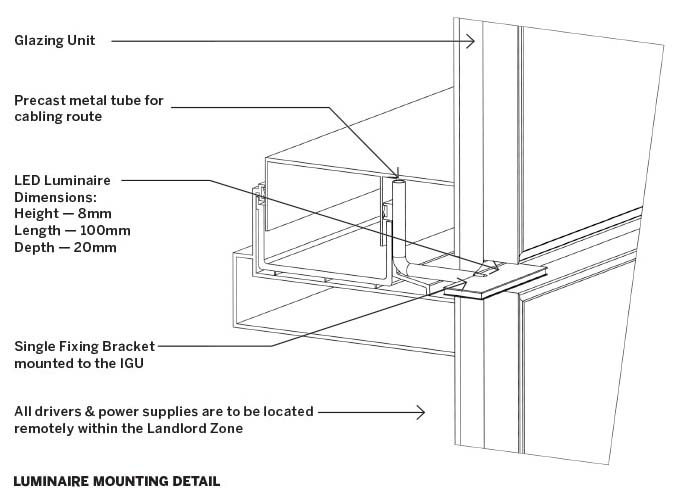