Then there was the day in the spring of 1998 when Griffin decided to accept a job at a young Chicago office called Interactive Design Architects. At first glance, it was everything her former employers (large, well-oiled firms with hundreds of employees) were not, right down to the dingy gray carpet. But here, the studio’s principals assured her, Griffin would be able to run her own building projects. “I took a huge leap,” she recalls, “and I have not looked back.”

Today, Griffin is president of Interactive Design Architects (IDEA, for short), overseeing a nine-person office alongside partners Charles Young and Robert Larsen. The firm’s 28-year history is one solidly rooted in Chicago. Young, a former principal at Hammond Beeby and Babka, had worked on the Postmodern design of the Harold Washington Library with city architect Kendall Fleming in the late 1980s and early ’90s. The pair realized that their combined skill sets and contacts were the recipe for a successful architectural practice. They set up IDEA in 1992 with a goal of providing hands-on expertise to clients, and with a commitment to remaining a minority-owned business. 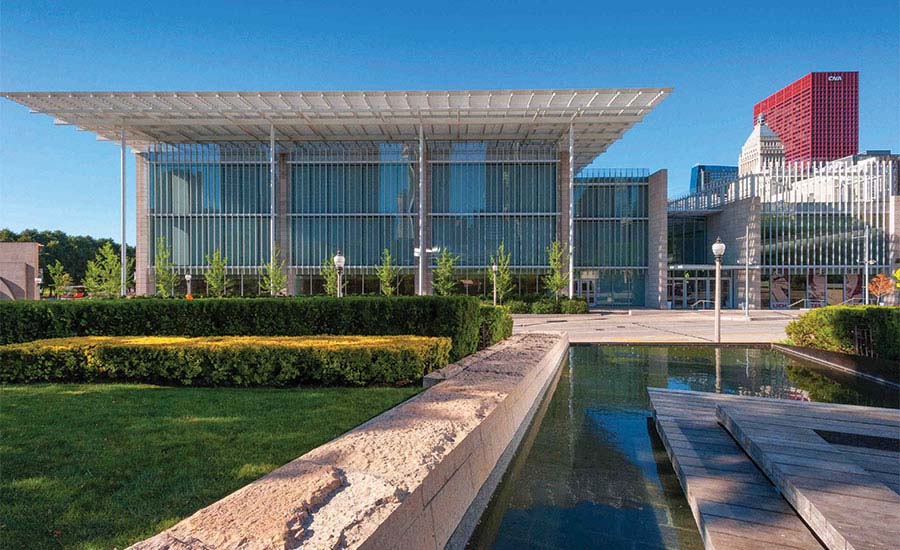 IDEA was architect of record for the Modern Wing of the Art Institute of Chicago, completed in 2009. Photo courtesy IDEA 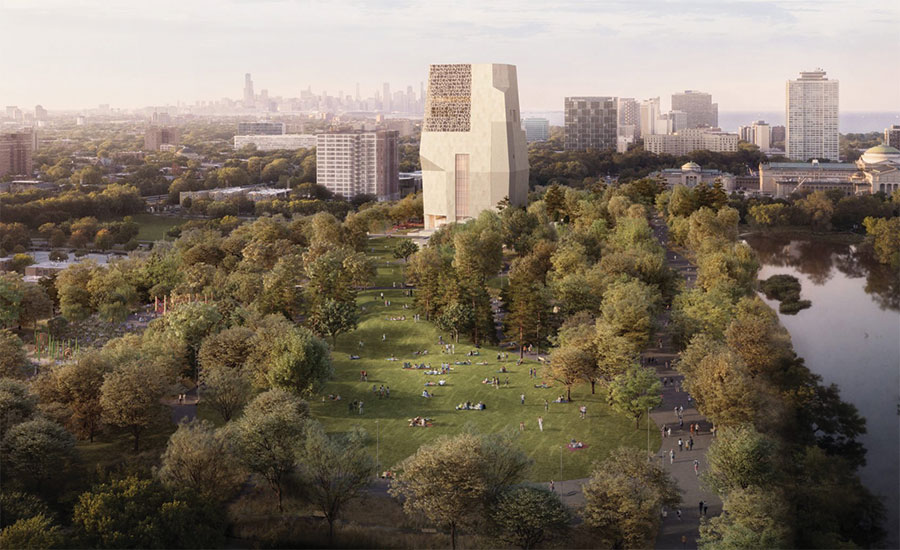 “With her quiet, gentle presence, Dina is a powerful woman—a voice to be heard.”
–Tod Williams and Billie Tsien

In the decades since (Fleming eventually left the practice), the IDEA team has left its stamp on some of the city’s most cherished places. In the mid-aughts, it served as architect of record alongside Renzo Piano to construct the Art Institute of Chicago’s soaring Modern Wing. The firm has designed several innovative animal habitats for the Lincoln Park Zoo, including an open-air penguin cove. And in 2016—its crowning achievement to date—IDEA was announced as the associate architect for the Obama Presidential Center in collaboration with Tod Williams Billie Tsien Architects | Partners. “Working with IDEA has been terrific; we have a similar ethic and a deep belief in getting things done right,” Williams and Tsien told RECORD. “With her quiet, gentle presence, Dina is a powerful woman—a voice to be heard.”

Despite the wealth of prestigious projects (not to mention professional relationships with a Pritzker Prize–winner and the former President and First Lady), a few others stand out to Griffin personally. Early in her tenure at IDEA, she worked on the design of HUD-funded senior housing in Robbins, Illinois, a south Chicago suburb. Griffin made sure to select the best finishes and the best materials her budget would allow for the interiors; she wanted it to feel like a home. After the project was completed, she recalls residents—mostly people of color—telling her, “We feel like we’re living on the Gold Coast”—one of Chicago’s most affluent neighborhoods. It brought tears to Griffin’s eyes, she says. “That, to me, made it all worthwhile.” 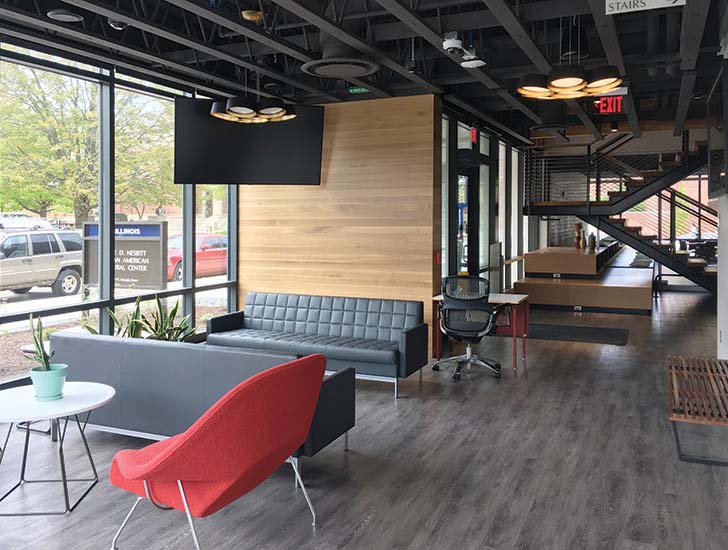 Last year, IDEA wrapped up another project close to Griffin’s heart: a permanent home for the Bruce D. Nesbitt African American Cultural Center at the University of Illinois at Urbana–Champaign, her alma mater. The mission of the center, established 50 years ago, is to serve and support Black students. To design a building on campus—the place that “made me who I am,” Griffin says—and to be the first female graduate to do so, was a full-circle moment, “especially considering I almost quit architecture,” she adds.

Griffin’s own journey and a desire to bring more diverse voices to a profession sorely lacking them has fueled her tireless work within professional organizations, namely through her past and current roles with the AIA’s Chicago chapter, the Illinois Architect Licensing Board, and the National Organization for Minority Architects. She likes to cite a sage word of advice she received from her mentor, the late architect Alan A. Madison: “You can’t kick the dent out of the can from the outside.”

Lately, that dent has seemed especially deep. In the wake of the killing of George Floyd at the hands of police, IDEA’s leadership issued a powerful call to action: “We are hurting, we are angry, we are at a loss for words,” they wrote. “As architects and designers that help shape neighborhoods, places and spaces, we have opportunities to help make a difference.”

Griffin believes supporting and championing young people holds the power to effect systemic change—both in and out of the profession. She attributes her own success to such mentors. When aspiring architects approach her, Griffin encourages them to forge their own paths and not feel pressured to take “traditional” routes. “Ask questions and advocate for yourself,” she tells them. “Speak up, because no one else can.”

Firm to Watch: The Principals