Across the street from Temple University’s former Samuel Paley Library (a 1966 Brutalist hulk by Nolen & Swinburne), its 2019 replacement, the Charles Library—designed by Snøhetta in a joint venture with Stantec—is fast-forwarding this North Philadelphia school into the 21st century. The 220,000-square-foot granite-clad steel structure more than doubles the amount of study spaces in its predecessor and improves access to the library’s collection, thanks to a high-density automated storage-and-retrieval system that can house up to 2 million volumes in a compact area on three levels. The facility also has a 24/7 zone with computer stations and a dedicated entrance for city residents. 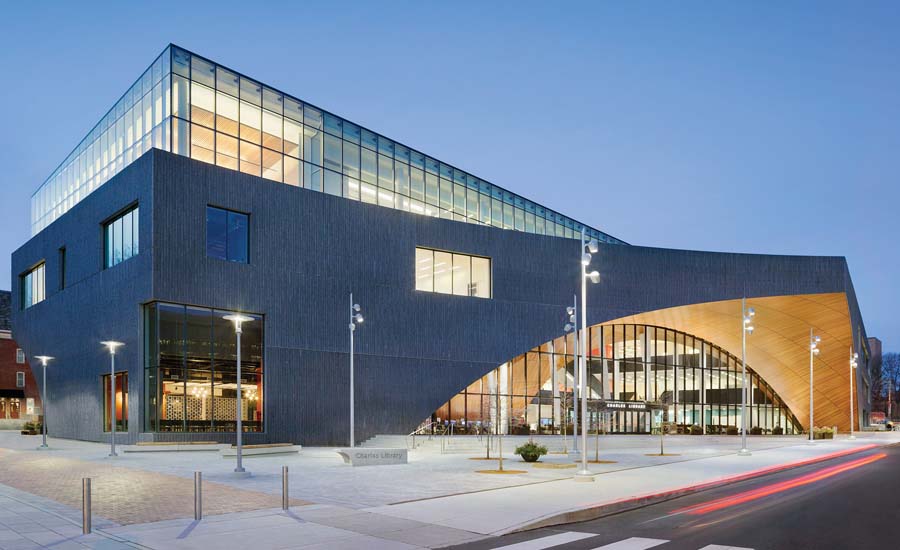 The real difference between the past and a present that looks toward the future is the architecture itself. Vaulted cedar-clad public and student lobbies stretch out beyond arched curtain walls to create gracious entries, while a glazed top floor with a 47,300-square-foot green roof provides a sun-drenched setting for reading or browsing the stacks, and doubles as a night beacon. Similar luminous qualities pervade the entire project.

According to the architects, the Paley Library was dark and underutilized, so they wanted to create a bright, warm building for the students and faculty to enjoy. To do this effectively, they collaborated with the New York–based lighting-design firm Tillotson Design Associates (TDA). There were two main goals, says principal Susan Tillotson: to emphasize the warmth and materiality of the wood without penetrating it with fixtures, and to connect the inside and the outside. 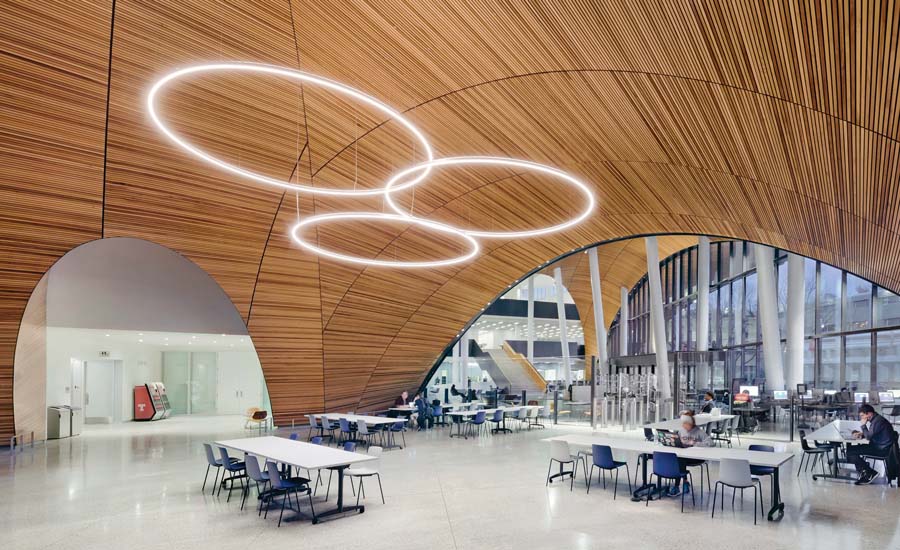 A trio of circular pendants in the 24/7 lobby bounce light off the ceiling and provide light for reading. 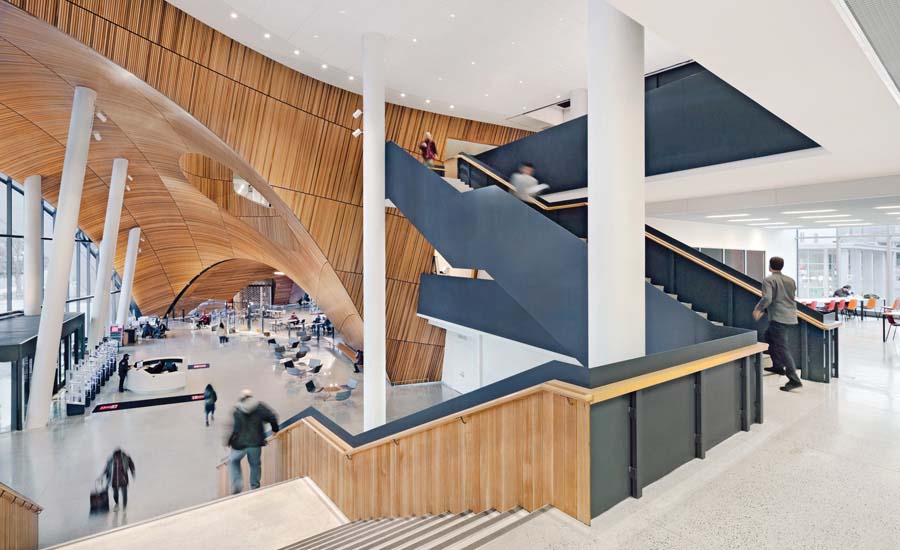 The lobby’s wood surfaces are fixture-free

To mitigate glare on the lobby curtain walls, TDA installed in-grade uplights along the exterior base of each face, aiming them toward the wood overhang. Then they tucked downlights within inner and outer coves around the arcs of the glazing. These, too, are focused away from the glass to emphasize the continuity of the wood as it flows from the entrances inward. Out front, tall area lights with high louvered fixtures maintain this luminous effect at night, as does a uniform 3000-Kelvin color temperature throughout. 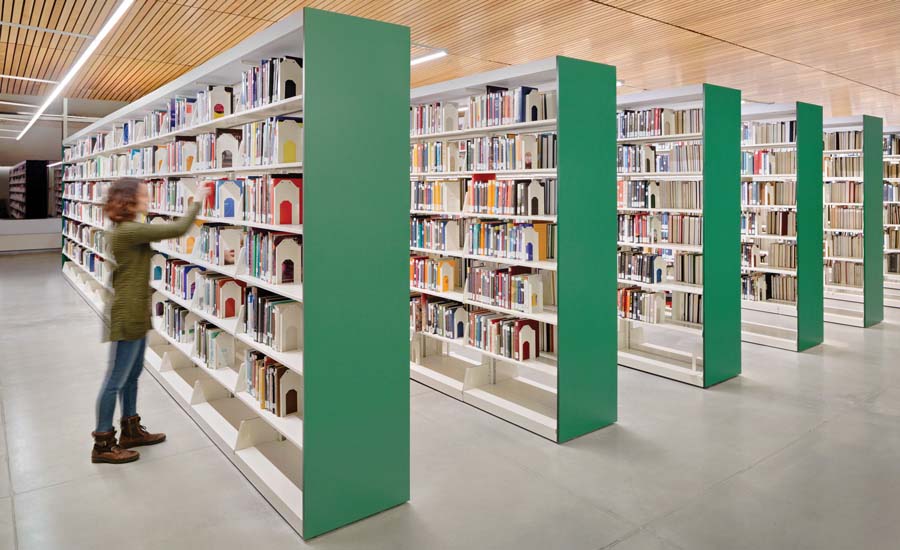 Linear LEDs are bracketed along the tops of tall stacks on the fourth floor. Photo © John Muggenborg

Inside, a central oculus infuses the voluminous main lobby with daylight from the fourth level, which bounces off a pale polished-concrete floor. Still, says Tillotson, “the ceiling absorbs so much of the natural light, we needed downlights.” TDA positioned these around the tops of columns and in the white ceiling of the third level, open and adjacent to the wood volume. Only a trio of circular indirect/direct luminaires gently touch the ceiling in the 24/7 lobby on the ground floor, providing a dramatic focal point and general illumination. In more basic areas, T5 fluorescents help lower costs.

Ultimately, one of TDA’s simplest moves may be its most effective. Bidirectional linear LEDs bathe the wood ceiling of the glazed top floor, attached to tall stacks with brackets or discreetly suspended above lower shelves and tables. Barely detectable from outside, their glow emanates from the building when evening falls—a welcome face for university night owls.