The Garden House is a mystery to passersby. You can’t see it from the street, and you would not know it’s there unless you open a gate next to a simple, Victorian-style cottage and take a path to the back, where you discover this wood-framed cedar-clad structure. Designed by architect Sebastian Mariscal for himself and his family, it is in a dense residential section of Cambridge, Massachusetts, not far from his office. About five years ago, Mariscal found the 5,000-square-foot property, including the older dwelling. First, he restored it, removing additions accrued over the years, and then he sold the house. 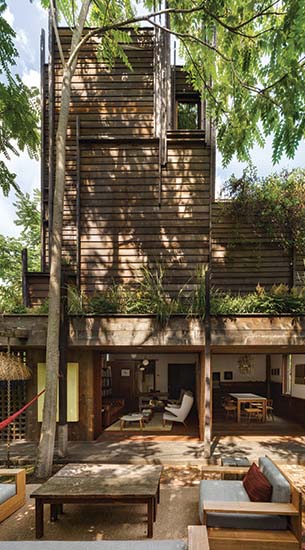 The living and dining spaces of the vertical cedar-clad towers open onto the garden. 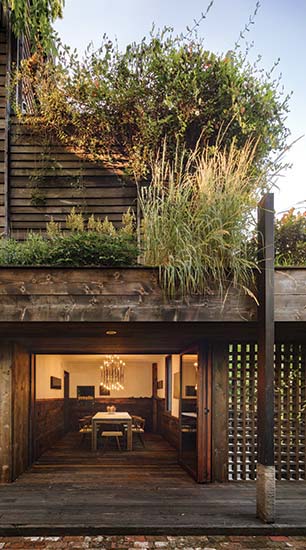 Recycled-pine wainscoting wraps around the dining room (above and top).

While zoning permitted two dwellings on the lot, Mariscal had to obey certain density and height restrictions to create the new 2,150-square-foot structure. The three-story design echoes the verticality of the older neighbor with its division into three towers, called out by wood poles (à la stick style) rising above the top. The towers look a bit like treehouses seen in suburban backyards.

The Mexican-born architect and his family lived in Southern California for 15 years before moving to Cambridge. 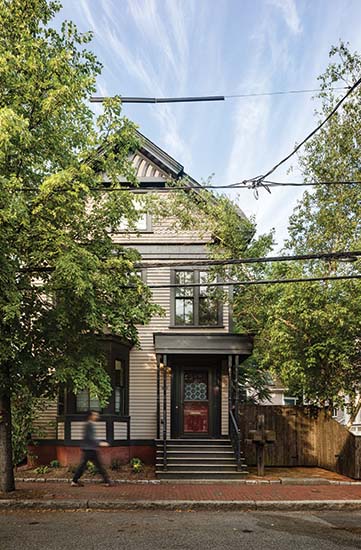 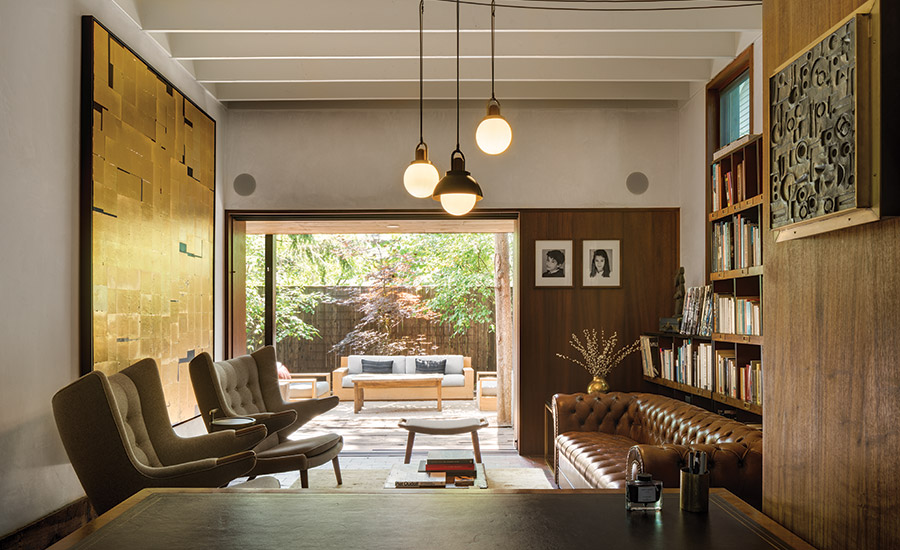 On the street, the gate to the Garden House is next to a 19th-century cottage that the architect bought, renovated, and sold (1). As you arrive in the rear garden you find that the spaces, such as the living room (2) open directly onto the patio. Photos © Rafael Gamo

“My projects there were all about open, social spaces,” Mariscal says. “Here my inspiration was New England, where old houses traditionally have single-use ones. The living room is the living room; the dining room is for dining.” In this spirit, Mariscal used pine reclaimed from the older cottage’s demolished rooms for interior walls and floors—especially effective in the dining room, which looks as if it might have been there since the colonial era. 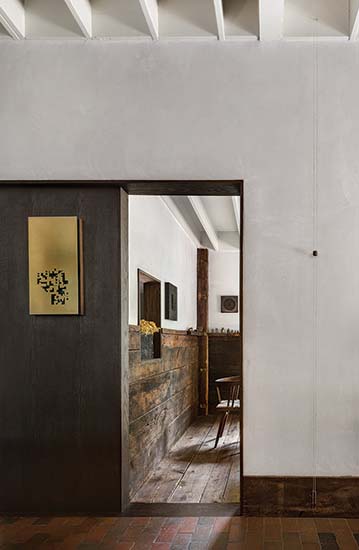 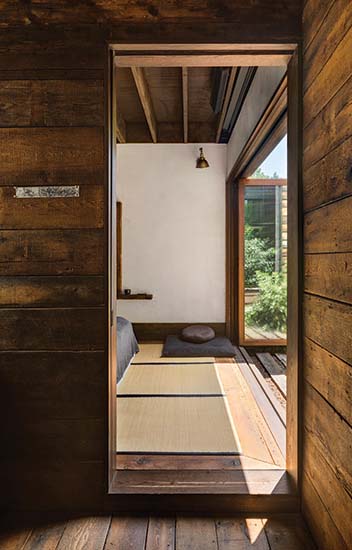 Recycled wood from the demolished parts of the older house give the interior of the new dwelling a distinction (3). The second-level bedroom (4) opens onto its own patio. Photos © Rafael Gamo

Both living and dining rooms open through folding glass doors directly onto a patio and lushly planted grounds. More gardens can be found in the gaps between the towers on the upper levels, where there are terraces off the main bedroom on the second floor and another on the third. The vegetation reduces stormwater runoff by 85 percent. “The landscape is an integral part of the architecture,” says Mariscal.

The architect wanted maximum privacy, reminiscent of his Zenteno House in Mexico City, designed with Alfonso Frade. “I don’t want to see other houses or be seen by neighbors,” he says. “My wife and I like spending time in the house. We like not knowing where you are.” 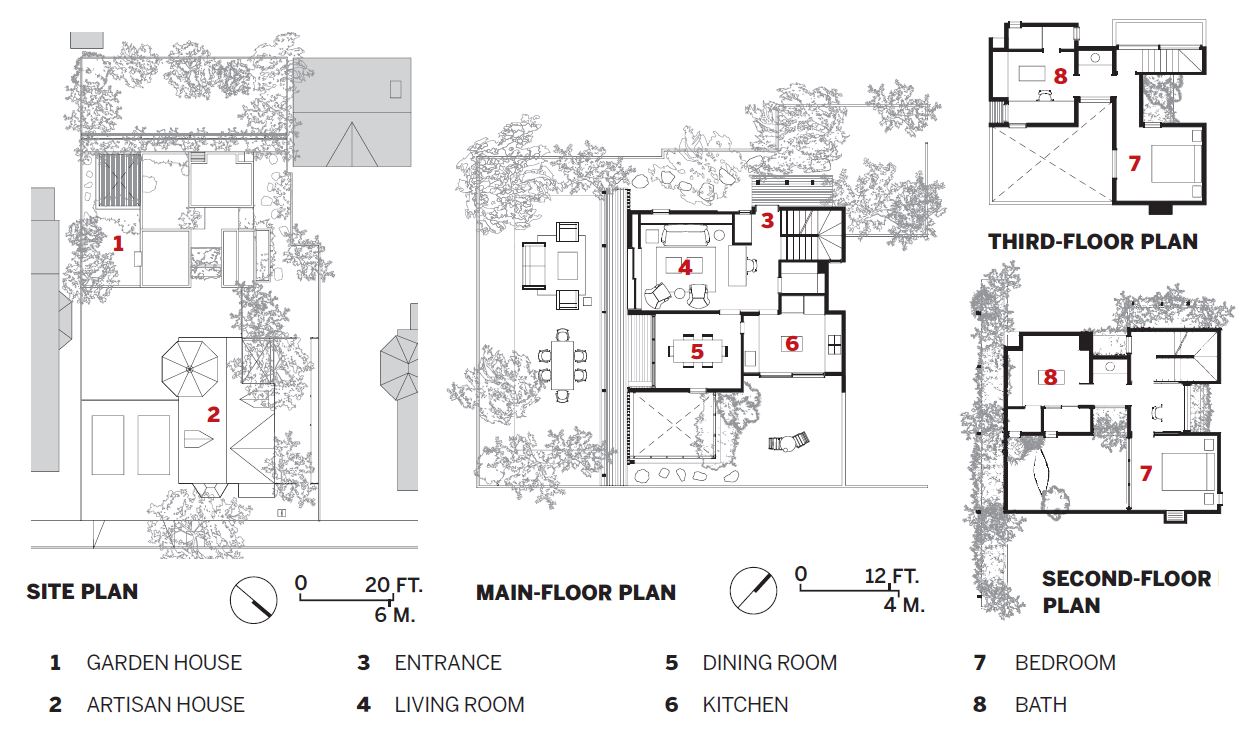