This year, we have been glued to our laptops and TV’s, following the twists and turns in news of an election and a once-in-a-century pandemic while keeping up with work on endless Zoom calls. As 2020 comes to a close, disconnect and unwind with a book on architecture. The editors of RECORD recommend these recently published monographs and collections of essays. 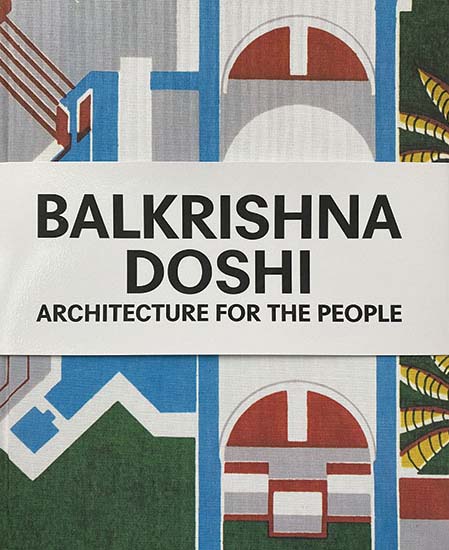 Conceived as the catalogue for a traveling exhibition of the same name, this survey of the Pritzker Prize-winner’s work nevertheless stands on its own. With essays by Kenneth Frampton and Juhani Pallasmaa, among others, it explores Doshi’s fusion of classical modernism with India’s vernacular. Richly illustrated, the book includes recent photos that show the buildings, created over the course of a nearly seven-decade career, not as static, pristine objects, but as lived-in environments that encourage change over time. Joann Gonchar 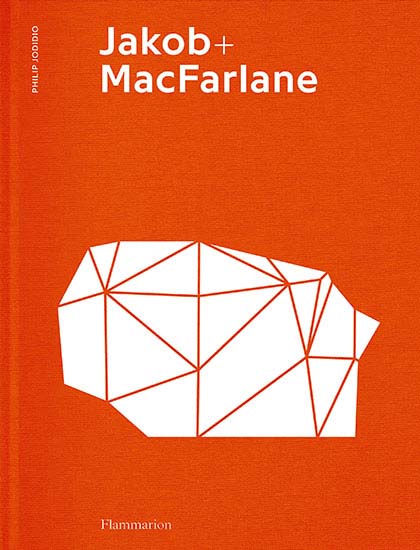 Partners Dominique Jakob and Brendan MacFarlane have been exploring the potential of digital technology since they launched their firm in 1998, challenging architectural norms in France with assertive structures that respond to context and to client needs, as well as to societal and environmental challenges. In English and French, this monograph examines 25 projects—completed and in progress—using 350 drawings and full-page photos of ebullient works like the Orange Cube and Euronews HQ in Lyon. Linda C. Lentz 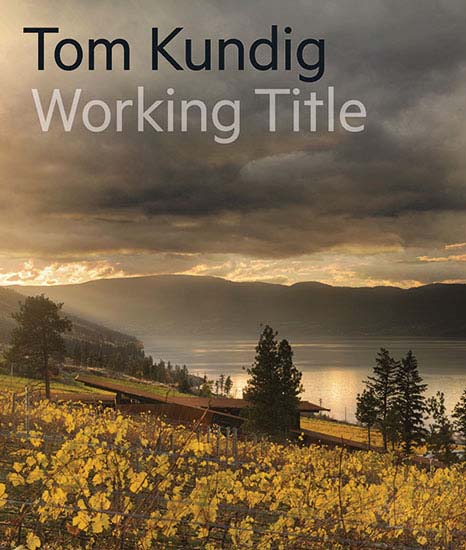 Principal of Seattle-based Olson Kundig, Tom Kundig discusses 29 projects that include high-performance mixed-use buildings, a museum and a winery in the Pacific Northwest, and private houses in Switzerland, Australia, and Brazil. Sumptuous large-scale photos convey his love of materials and the craft of his architecture, and, every now and then, one of his kinetic “gizmos” shows up. Josephine Minutillo 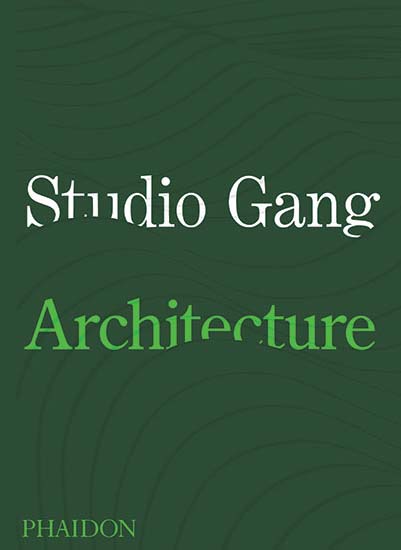 Over the last 20 years, Jeanne Gang has built a thriving practice and a diverse portfolio of projects. What connects the work, says Gang, is a notion of “actionable idealism”: visualizing big ideas and accomplishing them through design. Studio Gang’s first comprehensive monograph presents 25 projects—from a surprising marble curtain installation to a diminutive community center to soaring mixed-use towers—organized in thematic sections that underpin the firm’s sensibility. Succinct descriptions and abundant images—drawings, sources of inspiration, process photos, models, and diagrams—reveal the ideas and explorations behind the visionary work. Beth Broome 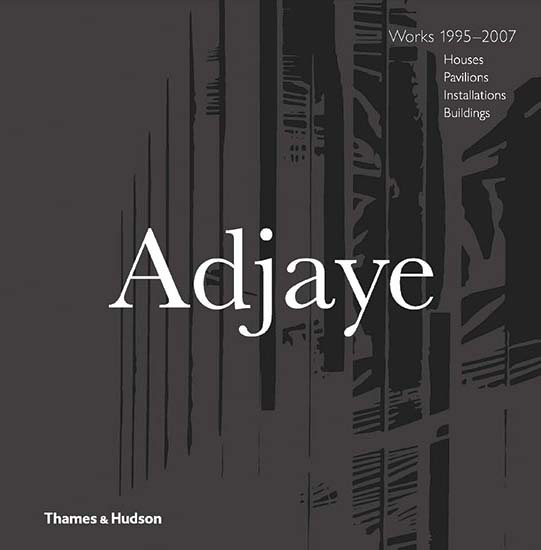 While David Adjaye’s career has been on fire in recent years, with the completion in 2016 of the National Museum of African American History and Culture in Washington D.C. and several international commissions for prominent cultural buildings since then (see page 24), this book looks back on his early career. Covering projects mainly in London that are less familiar to North American audiences—from conversions and interior remodels to his first new build, the curious Elektra House—they are, as Adjaye puts it, the foundation of the thinking for his current work. JM 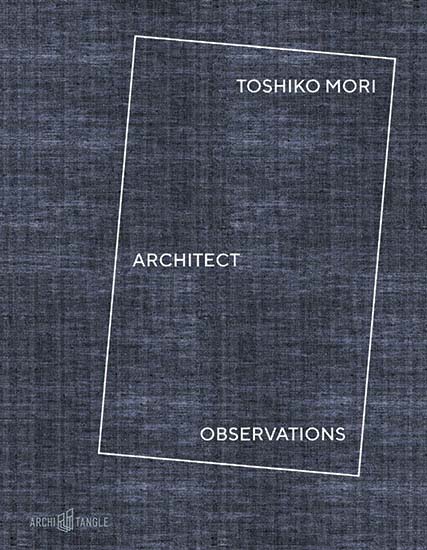 As her firm is about to celebrate its 40th year in practice, Toshiko Mori reflects on observation as the foremost, indispensable method in developing her architectural process. The book not only presents her built projects across the globe, but her work as a curator and as part of the think tank VisionArc, which she cofounded in 2009. JM 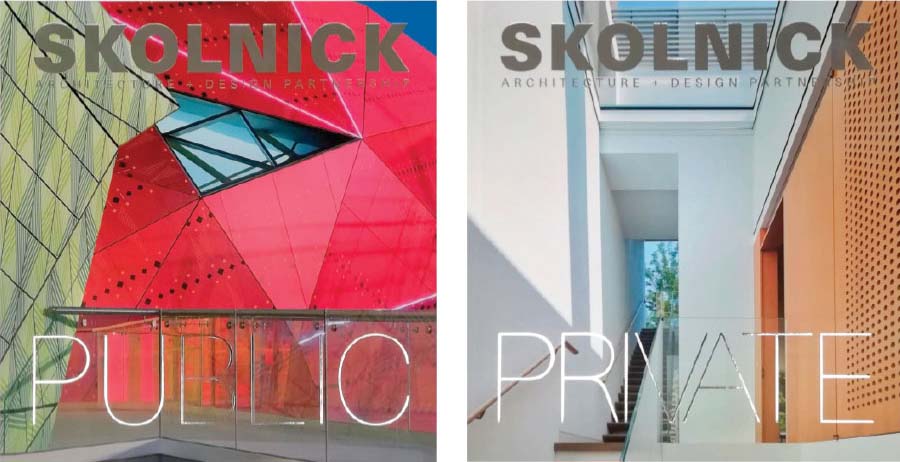 The book, with two striking covers, compiles photographs from nearly 40 years of the integrated design firm’s work across both the public and private sectors—from a children’s museum to twin villas in Anguilla. (Its latest projects are featured on pages 41 and 86.) With text by founding principal Lee Skolnick, Public/ Private offers valuable insight into the planning and development of buildings as well as exhibition and graphic-design projects. JM 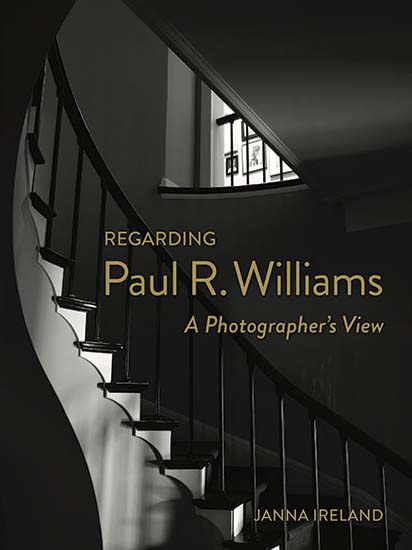 What began as a proposal from architect Barbara Bestor to shoot the buildings of the late Los Angeles architect Paul R. Williams (1894–1980) evolved into a personal journey for photographer and artist Janna Ireland, one that was inspired by the rigor and breadth of Williams’s prolific 50-year career. The first African-American AIA and FAIA member and, posthumously, the 2017 Gold Medal winner, Williams designed celebrity houses (many, ironically, in segregated communities) as well as public projects, banks, churches, schools, and social housing. Enriched by Ireland’s own reflections, along with those of the L.A.-based Bestor and architect and educator Ingalill Wahlroos-Ritter, the volume’s collection of more than 200 black-and-white photographs goes beyond an academic documentation of Williams’s architecture—it evokes the aura of his city and celebrates a body of work that helped to define it. LCL 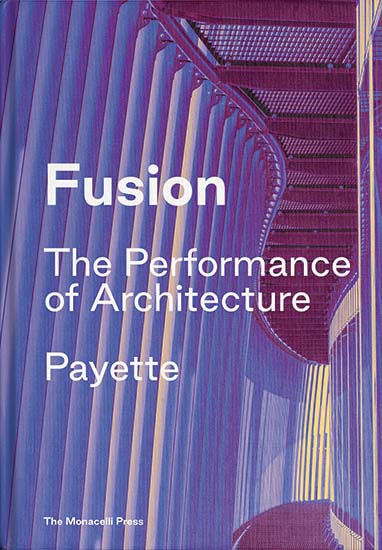 This book explores the work and design philosophy of Payette, a firm known for its expertise in the technically demanding building types of laboratories and health-care facilities. Through essays and detailed project case studies, the monograph reveals Payette’s process for successfully integrating aesthetics, programmatic and functional performance, and sustainability. JG 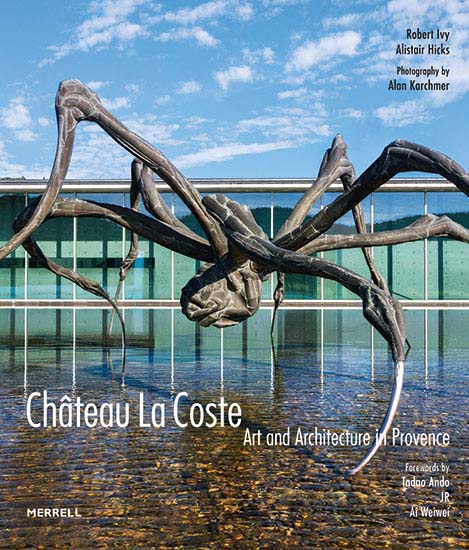 In 2002, businessman Patrick McKillen purchased a 17th-century vineyard outside of Aix-en-Provence, France. With the guidance of Tadao Ando, he has created a sprawling outdoor museum where artists and architects—from Ai Wei Wei to Sean Scully, Frank Gehry, and Renzo Piano—have dotted the verdant landscape with their inventive installations and pavilions. With vivid text, and photography by Alan Karchmer, the book transports readers to this experimental and experiential destination. BB 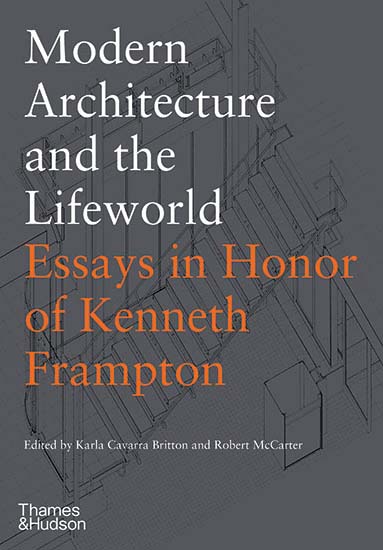 The Festschrift, essays celebrating a scholar, can hold the key to the intellectual history of a period—in this case, from the late 1960s to today, and epitomized by the contributions of architect, historian, critic, and educator Kenneth Frampton. During this time, theory and practice, and history and criticism became more intertwined, and Frampton, now 90, played a major role in that discourse. London, where he worked as an architect and editor in the early ’60s, was the locus for critical and theoretical activity. As Mary McLeod insightfully writes in this collection, his social and political interests, joined to his strong commitment to Modernism, led Frampton to read such cultural critics as Walter Benjamin and the Marxist-oriented Frankfurt School leaders Theodor Adorno and Herbert Marcuse. Those figures, as well as the political philosopher Hannah Arendt, influenced Frampton’s critical approach to architecture and his questioning of Modernism’s susceptibility to industrialization and corporate capitalism. In Modern Architecture: A Critical History (1980), he brought together his research that was undertaken in England and, later, in Princeton and New York after his move to the U.S., on topics such as Russian Constructivism and Pierre Chareau’s Maison de Verre in Paris. Frampton also became absorbed with phenomenology—simply put, the kinesthetic and haptic experience of the body in space—which, as critic Alberto Perez-Gomez points out, came out of Frampton’s rejection of “formalistic . . . and self-consciously stylistic attitudes.” These are among the many illuminating moments in this collection of tributes from Joan Ockman, Anthony Vidler, Jean-Louis Cohen, and others, which add not only to our understanding of this major thinker but of the architectural culture of the time. Suzanne Stephens

The Architect and the Public: On George Baird’s Contribution to Architecture, edited by Roberto Damiani. Quodlibet, 343 pages, $43. 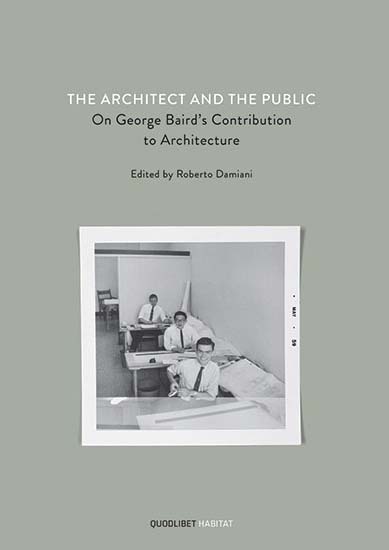 This book of essays on the work of George Baird points out how, throughout a long career, the 81-year-old Canadian architect, planner, academic, and critic elucidated certain theoretical influences affecting architecture culture. Baird has proved to be a thoughtful and dependable guide along the ramparts of architectural discourse on both sides of the Atlantic, from the late 1960s, as a graduate student in London, to the present day in his hometown of Toronto. Baird took on early semiotics (he edited, with Charles Jencks, Meaning in Architecture in 1969). Yet, like his colleague, Kenneth Frampton, Baird was drawn to Hannah Arendt’s concepts on communication and action in public space, which resulted in his 1995 book, Space of Appearance. The editor, Roberto Damiani, helps turn this investigation of Baird into an archaeological dig of ideas, movements, and lively debates, with essays by scholars such as Hans Teerds and Joan Ockman, and interviews with colleagues Frampton, Michael Hays, Peter Eisenman, and others. SS