Kéré Architecture has revealed its design for the National Assembly of Benin in the West African country’s capital city of Porto-Novo. The Republic of Benin chose the Berlin-based firm, led by Francis Kéré, to create a new parliament building to replace the existing structure and embody the country’s current democratic values. The courtyard design—which will hold an assembly hall, offices, a roof terrace, and communal public green space—takes inspiration from the palaver tree and “the age-old West African tradition of meeting under [one],” according to a statement by the firm. Construction is scheduled to start in next month, in March 2021.

The assembly hall will be on the ground floor, while the upper levels will hold the offices and a rooftop terrace. Extending out from the core – a central, green courtyard – the multi-story, orthogonal structure will arc above its perimeter to provide shaded loggia-like pavilions on all four sides. There will also be a public park for recreation and assembly on the eight-and-a-half-acre site. 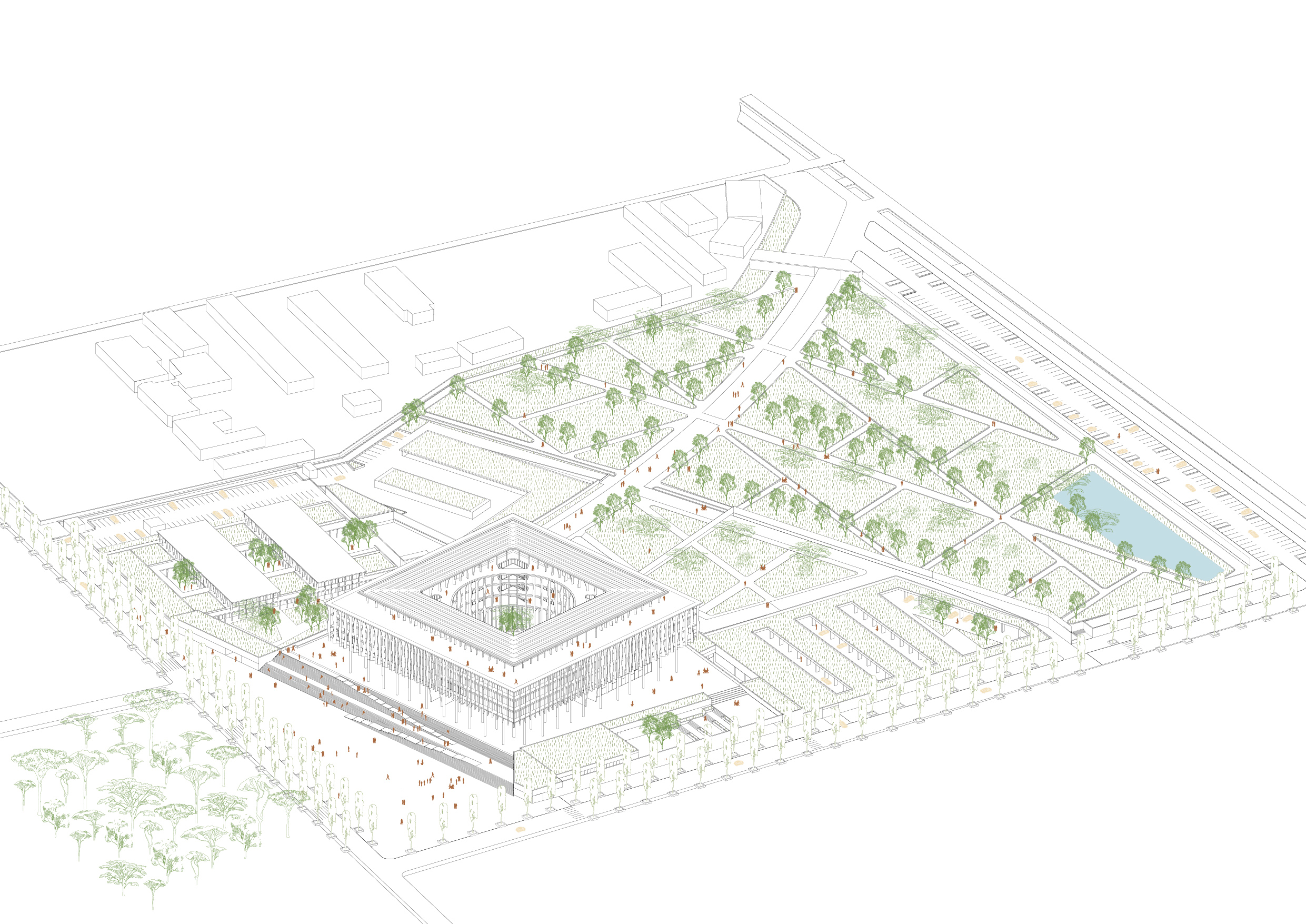 “The Benin National Assembly marks an important next step for our studio,” Francis Kéré said in a statement. “This project gives shape to our ideas about community gathering, the importance of indigenous forms of governance and what contemporary African architecture can be on a national scale. I am honored by the trust that has been placed in us, and am grateful that together we can build a new house of democracy for the Republic of Benin.”

The project is scheduled to be completed at the end of 2023.