It’s fitting that long-time MIT architecture professor Maurice Smith, who died this December at 94, had been, in his youth, a New Zealand ping-pong master because everything he taught in studios for over 40 years was nuanced with spin, subtlety and intellectual swerve. Out of his own asymmetrical spirit, in his own oblique language, from his richly layered thought system, Maurice—as everyone called him—taught students to think different. Why design a conventional three bedroom apartment when, after all, a group of Highland bagpipers might want an apartment with a figure-8 circulation?

Maurice placed a ping-pong table in his studio, which acted like a town square next to the three-dimensional wood labyrinths that his students, wielding drills, wrenches and hammers, bolted together on multiple levels. The professor-raconteur-theoretician-architect would wheel a shopping cart of books up to the table where students could borrow what they wanted. The cart and table were a metaphor for his studio, for choosing from a pedagogy that was a banquet of complex ideas. Maurice taught by indirection in an open-ended Socratic method that led students to think critically and arrive at their own conclusions. 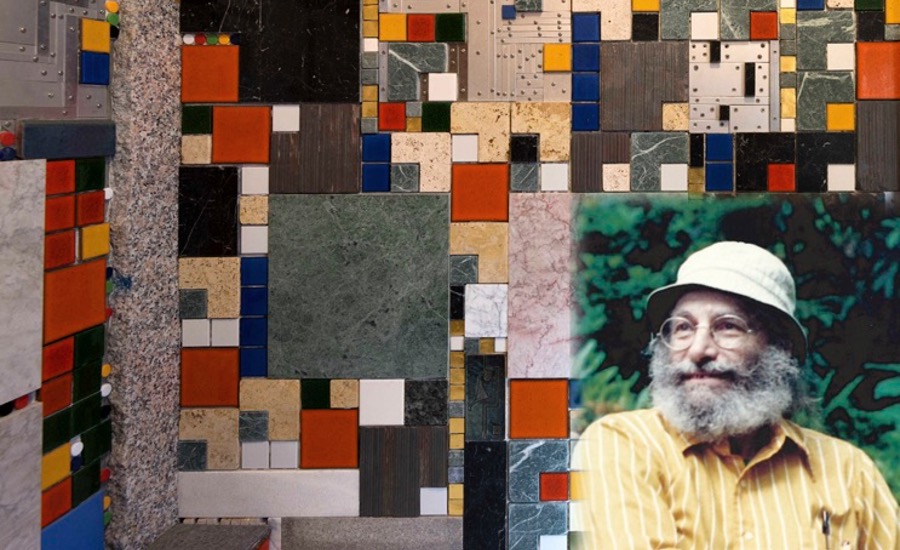 Crusty and cantankerous, he was ultimately charming and warm once you survived the first encounter. But you had to earn him. In my second semester at Harvard’s Graduate School of Design, I introduced myself as a Harvard refugee asking if I could cross-register in his studio. “No,” he said. I didn’t know that “No” meant “Yes.” At the end of the semester, when he asked whether I had passed the Harvard studio that I took concurrently with his, I said, “Yes.” “Well, then, you won’t pass mine.”

This was back in the early 1970s, at a time when Harvard and the Illinois Institute of Technology, along with the Museum of Modern Art, had institutionalized a rigid version of Modernism that ruled architecture schools across the country. But MIT, after the gradual, belated collapse of its Beaux Arts curriculum, never completely bought into the Bauhaus, and Maurice pointedly opposed a controlling, industrialized, point-line-plane architecture simplistically extruded up from a plan to a flat roof.

Maurice, an MIT graduate, was asked to join the MIT faculty in 1958, during this pedagogical interregnum, and propitiously he brought a unique vision of an alternative Modernism: his own synthesis of vernacular architecture, indigenous materials, hilltop towns, landscape, and the warm Modernism of Carlo Scarpa, Frank Lloyd Wright, and post-War, open-field Dutch architects. And, unlike many other Modernists, he liked wood (which, though he never said so, could be understood as a surrogate for steel), since it liberated architecture from a tradition of walls that originated in masonry. Maurice felt that America’s balloon frame had set architecture back, since wood, liberated from the balloon frame, could be free to act structurally to open space, with timber working as columns supporting cantilevered beams bolted together in “passing connections.” Rather than self-contained forms enveloped by continuous skins, the method generated three-dimensional fields whose level changes defined porous and omnidirectional interior space, with few walls.

Within the primary structural system, the issue was how to fill in the gaps and take up what he called the “slack” with a secondary subsystem between the timbers. He enclosed his own suburban Boston house, on which he worked for decades, with scavenged window frames, which themselves left “slack” that he filled with a tertiary subsystem of plain-old cedar-shingled wall segments. The combination of systems established rhythm and pattern within the building’s enclosure and its depth of field. 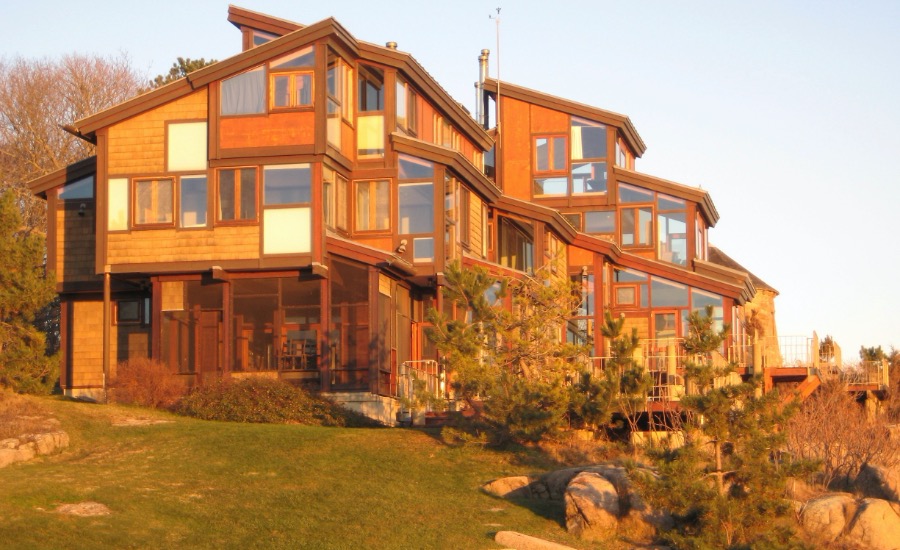 In his houses and in the studio’s timber structure, the beams themselves could be unbolted and recycled into different configurations in a field condition, which meant the construction was never finished, always open, participatory and inclusive. The edges of the built fields became the membrane between inside and outside, as in a shoreline, an erogenous architectural zone where exchange happened. Besides reaching out to form complex edges of interchange, a building, as he saw it, acted on what he called the “ground form” of the site, the building inflecting the earth and the earth, the building. Through his design strategy of layering, he opened space and form into a paradigm of inclusivity that brought together the maker of the building, the nature outside, and the larger environment; by extension, it implied a non-hierarchical system of democratic thought. The built idealism, what Maurice called “associative built form,” reached beyond the building itself, beyond the object, into a larger sphere of issues. A building was not just about itself. It was cultural. 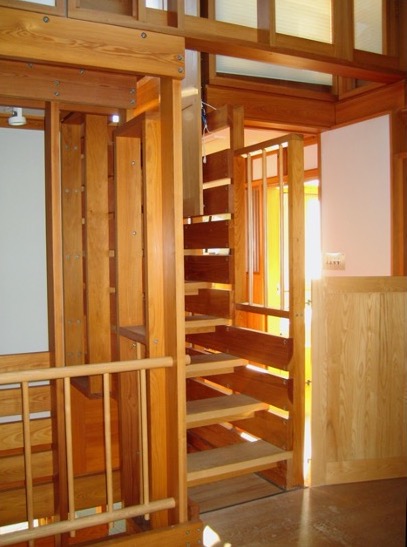 In our studios, predicated on a Dewey system of learning by making, we reconfigured our own personal zones within the complex matrix of lumber that ambled at 45-degree angles through the studio. The hands-on methodology carried over to the models we built using pots of glue on balsa wood and other surrogates for real materials (never foam core), deploying tweezers to get into those small spaces. We never stuffed materials retroactively into a preconceived geometry or idealized shapes but learned to co-operate with the material world.

Space was Maurice’s medium. I once asked him why you would separate a column from a wall rather than bury it within a clean wall. He said, “Well, maybe a mouse scooting by needs some space to slip through.”  That mouse was really a parable that taught me something about creating, defining and scaling space. Thinking outside the box was literal for Maurice, who opened form beyond walled compartments into spaces that climbed vertically into anti-gravitational constructs. The test of a good design was turning a drawing upside down to see if it worked spatially.

An inspired teacher, he left, as an architect, only a half dozen houses in the United States (though there are earlier works in New Zealand). Maurice used his own house as an extension of his studios. Every Sunday, students would bring food, slides, drawings, and stories for a kind of barn-raising centered on the “barn” he was forever building, his own thesis of “consistent incompletion.” In its apparent ad hoc spontaneity and material rawness, it was Frank Gehry before Frank Gehry, and poststructuralist before poststructuralism—an episodic collage of recycled timber and window frames all suspended on the wood armature that grew organically, without ordinating geometries, out of the original Cape. Generations of students drove out to join him and his wife, Janice, forming the kind of community he cultivated.

Introverted, perhaps painfully so, Maurice didn’t export well like other great architecture teachers, such as Yale’s Vincent Scully, a consummate, extroverted showman. Maurice, an intimist, preferred speaking to small groups while standing next to the ping-pong table rather than addressing hundreds from an elevated stage. His method was conversational. Though he deserved a wider audience than the Boston architectural community within which he remained an open secret, the audience that he did have profited greatly, and indelibly, from his vision and idiosyncratic charisma. His gift was to value individuality over flattening, impersonal building systems, and to translate that belief in individuality into deeply humanist architectural form. As MIT architectural historian Mark Jarzombek wrote in 2013, “His works deserves a place in the history of Modernism as one of the significant attempts of that generation to re-envision not just the architectural world, but the world itself.”