Nearly a whole generation has grown up without La Samaritaine, but finally, 16 years after it closed due to fire-safety concerns in 2005, Paris’s mythic department store is to begin reopening on May 28, subject to authorization from the government regarding the coronavirus pandemic. Transformed by a team of architects headed by Japanese firm SANAA and including Frenchman Édouard François, American designer Peter Marino and heritage specialist Jean-François Lagneau, the vast ensemble of buildings, which occupies two entire city blocks between the Seine and the Rue de Rivoli, is now a mixed-use complex. Piloted by owner LVMH, the $900 million operation comprises 215,278 square feet of retail space, 161,459 square feet of offices, a luxury hotel offering 26 rooms and 46 suites, 96 units of social housing and a kindergarten. If all goes to plan, the store, run by LVMH subsidiary DFS, will open first, on May 28, and the hotel, managed by LVMH subsidiary Cheval Blanc, a little later this year. 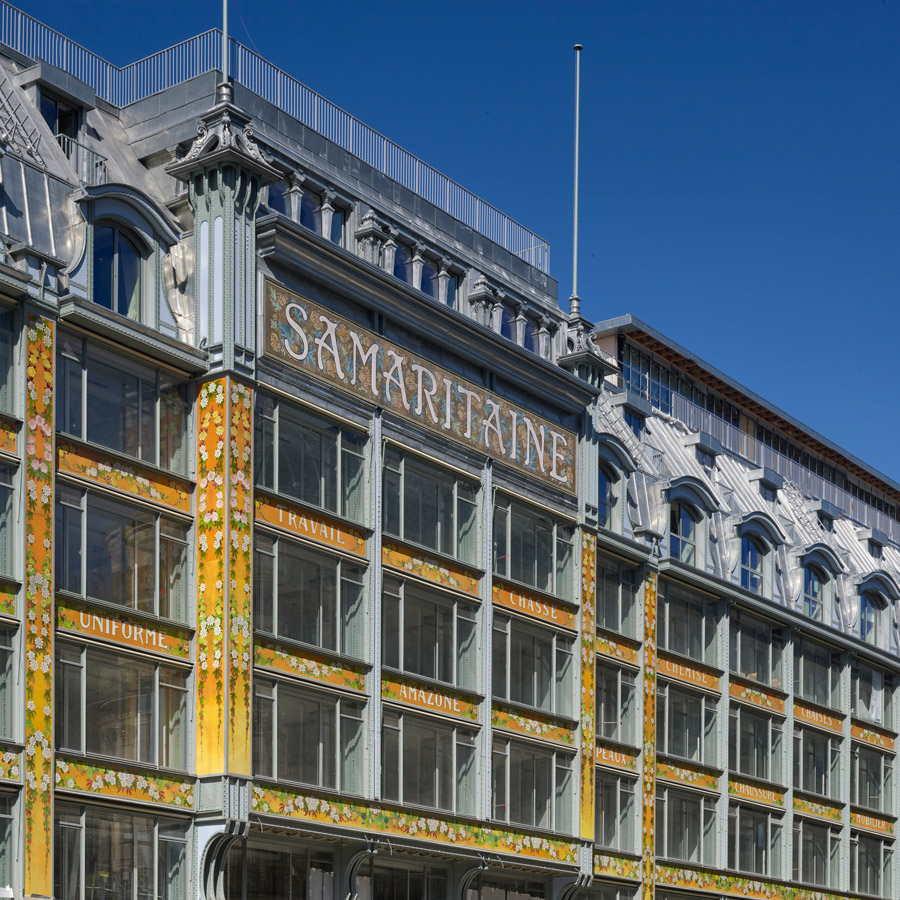 Founded by Ernest Cognacq in 1870, La Samaritaine, located a stone’s throw from the Louvre, started out small but over the next 60 years grew huge. In 1883, Cognacq began a lifelong collaboration with architect Frantz Jourdain who, between 1904 and 1910, realized his magnum opus at La Samaritaine: the steel-and-glass Magasin no. 2, with its spectacular staircase-filled atrium. True to its original vocation, this first section of Magasin no. 2 is where the majority of the new retail space is now located. Today hailed as a monument of Art Nouveau, Jourdain’s building was violently attacked in its day for what was perceived as vulgar commercialism, and, when Cognacq acquired the strip of land between it and the Seine in 1925, Jourdain’s initial plan for the extension of Magasin no. 2 was unceremoniously refused. In order to appease the authorities, he paired up with a younger confrère, Henri Sauvage, who designed a stone-fronted Art Deco wrapping for Jourdain’s steel-framed extension, which was completed in 1928. Given its location on the river right next to the Pont Neuf, it is naturally the Jourdain/Sauvage part of Magasin no. 2, with its famous roof terrace, that has become the hotel, a conversion realized by François and Marino. 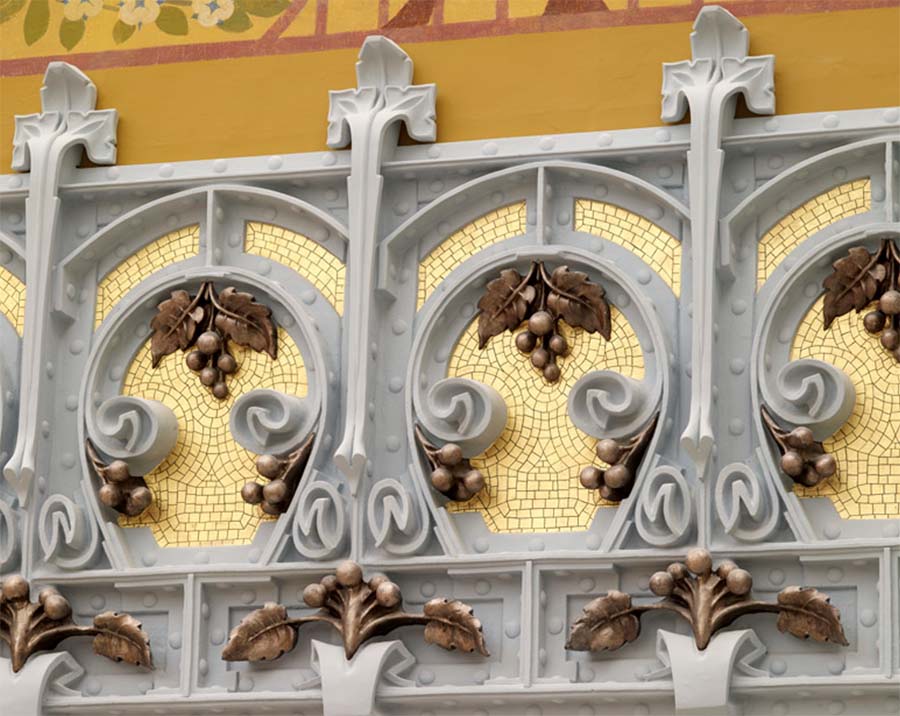 “Replacing the previous department store with a mixed-use scheme was the only way to safeguard and enhance the site’s architectural and decorative heritage while ensuring compliance with demanding safety standards,” say LVMH in a press statement. SANAA’s masterplan included demolishing Magasin no. 4 on the rue de Rivoli — a motley collection of mostly Haussmann-type buildings that had been acquired in 1932 and knocked into one by Sauvage's office — and erecting in its stead a structure all their own (Magasins 1 and 3, on neighboring blocks, were let to other tenants years ago). Hidden behind an outer skin of undulating glass, SANAA’s pared-back concrete edifice contains retail on its three lower levels and offices in the four above. In a side street, several 17th-century houses at one corner of the Rivoli block have been spared, and converted, along with a small part of Magasin no. 2, by François Brugel for the social housing and kindergarten (a request from the City, since this is one of Paris’s least residential arrondissements).

Various firms have contributed to the store’s interior, among them the New York/Toronto office Yabu Pushelberg, who fitted out Jourdain’s atrium; Malherbe Paris, responsible for the 32,300-square-foot basement beauty space; and Ciguë, who looked after the retail areas in the SANAA building. With a heavy commercial emphasis on a mythologized idea of Paris, and an airport-style tunnel leading directly into the store from an underground parking garage, the target clientele seems to be rich Chinese coach tourists, although locals will no doubt frequent the complex’s many restaurants, bars and food outlets.