The international events which bring together the world’s best of everything tend to have competition at their hearts, whether founded as a foil to rising nationalism or as a product of it: just look at the Olympics, expos, and biennales. Even today, participants strive in a friendly rivalry to somehow outdo one another. The Venice architecture biennale is no different. Although, due to COVID, the jury for the Lion D’Or won’t convene until late August everyone at the preview in Venice last week was asking, which do you think is the best pavilion? 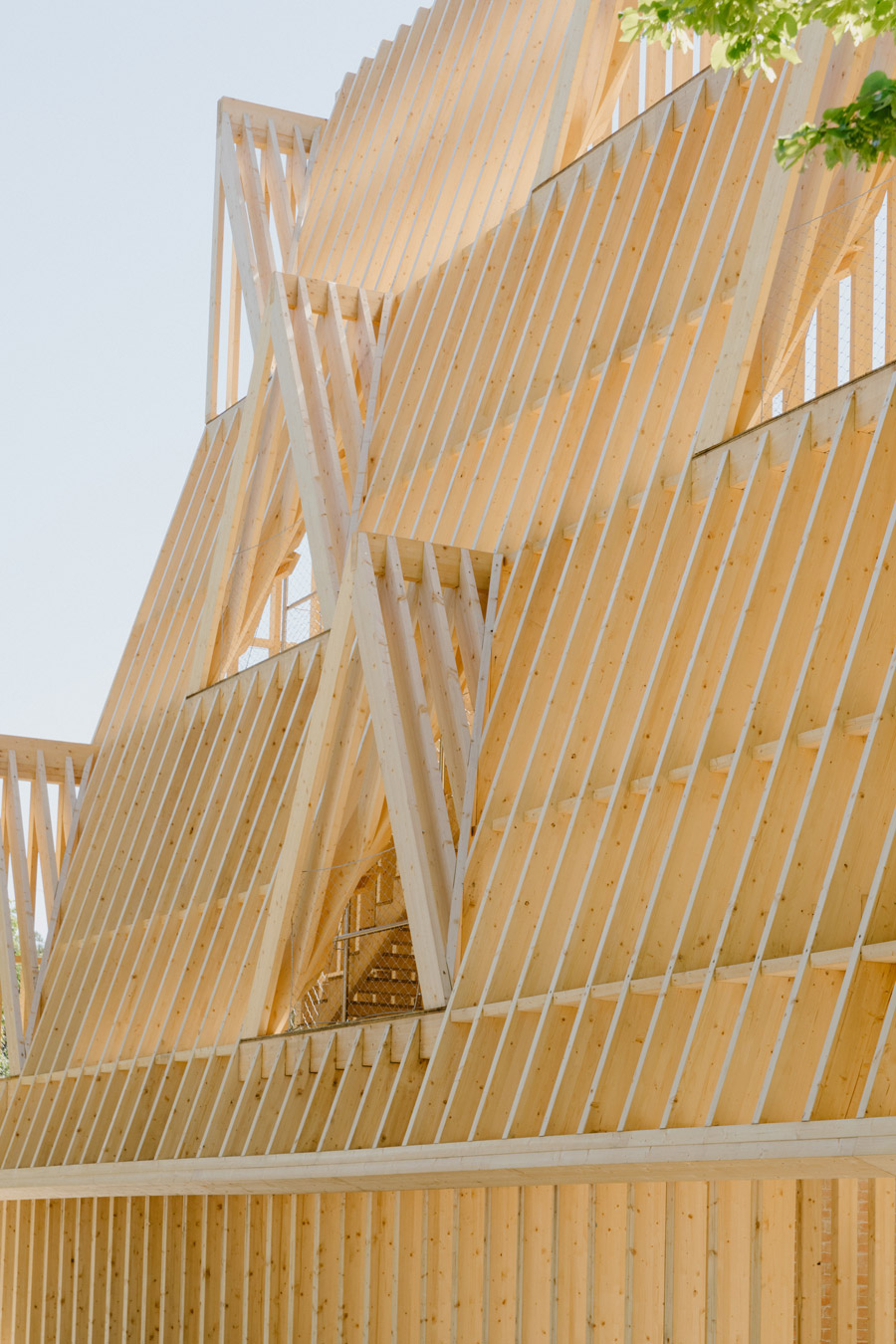 Wood beams soar to create the shell of a building for the U.S. Pavilion.

Common consent among the small crowd of press who arrived early in Venice was that the United States was the best. Its installation provided the knock-out vantage point for the entire event: an incongruous, four-story hymn to timber construction, an almost Gothic structure dominating the front of the neoclassical U.S. pavilion. (Record is the media sponsor of the American pavilion but had nothing to do with its design.) There tends to be at least one structure at each Biennale that hovers above the treeline. Last biennale, it was the British and the Hungarian. This time it was the odd yet fascinating mansard roof form, punctured with dormer windows, outside the American pavilion.

Yet unlike previous dependent structures, the American pavilion works on a variety of scales, rather than just the large. Within the pavilion itself, immaculate models of different timber buildings sit on white tables. Around them are arrayed Chris Strong’s superb photographs capturing the construction of timber housing across the USA. They are pictures that adroitly show not just workers building vernacular architecture but an expansive, often semi-professional industry. Sentimental yet tough, these images capture a still-Whitmanesque world where Americans live close to the natural world, often wrestling their livelihoods from it. 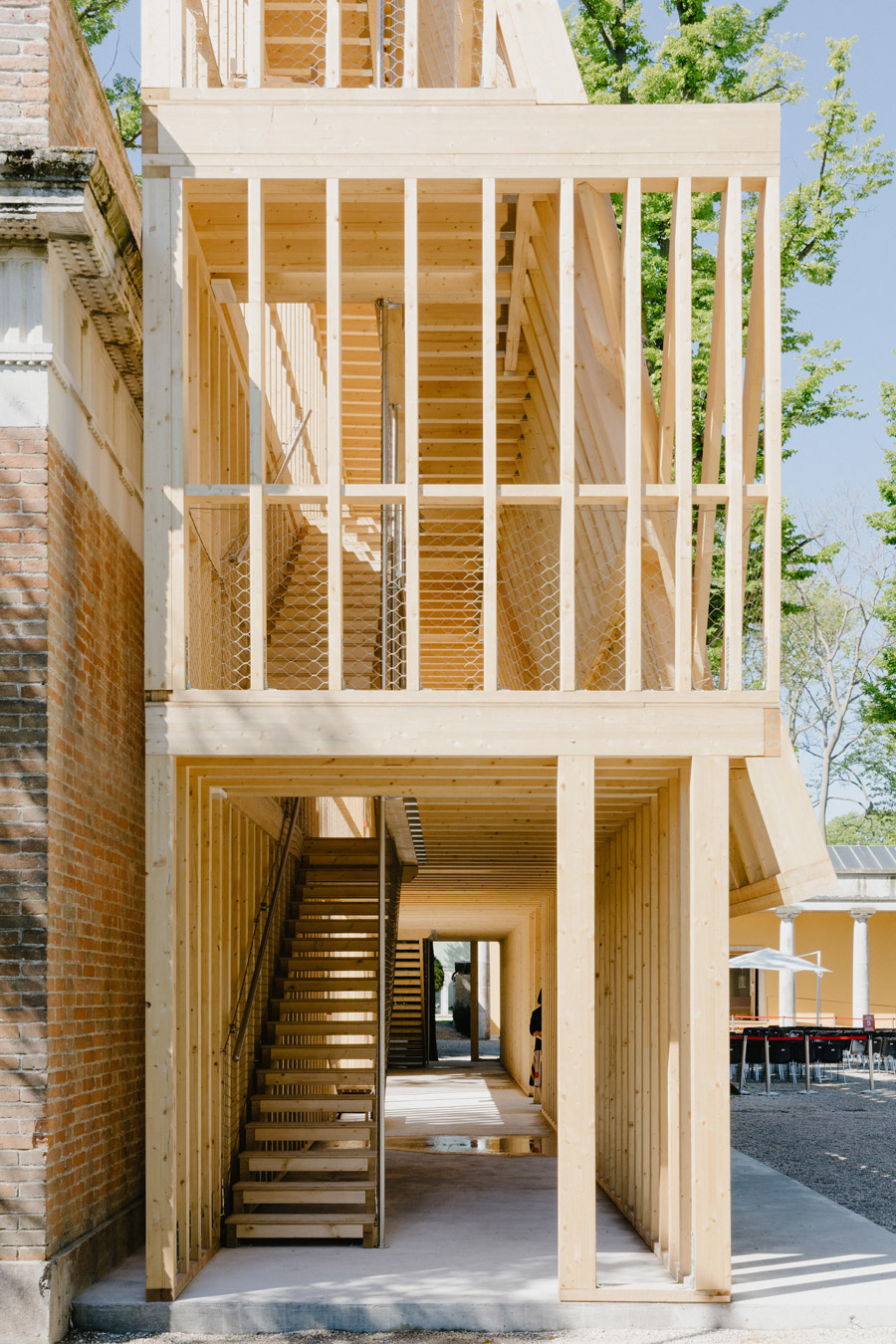 A glimpse of the stairwell inside the slender U.S. Pavilion.

Timber buildings are something of a theme in other national pavilions this year (the Norwegian and Filipino pavilions also feature timber buildings in part or in totality). Perhaps the hue of raw wood in the form of a simple pitched roof frame is an instinctive response to our housing and resource crises. The Finnish pavilion, near to the American, also explores the importance of wood buildings to national identity, telling the story of Puutalo Oy (Timber Houses Ltd.), an industrial venture established to deal with the displacement of 420,000 internal refugees following the Russian invasion and annexation of a part of the country in 1940. Whereas the American pavilion is grand and poetic, the Finnish exhibition is more intimate, charming and well-researched. Both, though, are motivated by a gentle yet honest self-reflection.

The strength of the documentary photography in the American pavilion is another current that emerges elsewhere in the national exhibitions. A compassionate photographic essay by Gustavo Minas in the Brazilian pavilion, about everyday life at the anti-monumental Brasília Bus Station Platform, designed by Lucio Costa, is brilliant. The Romanian pavilion contains some exceptional pictures by lena Stancu and Cosmin Bumbut, photographers who have become nomads themselves for two decades in search of the extreme ways migrant Romanians earn money abroad. These works didn’t impose a vision of the country on the viewer but instead were invitations to moments of national self-discovery. 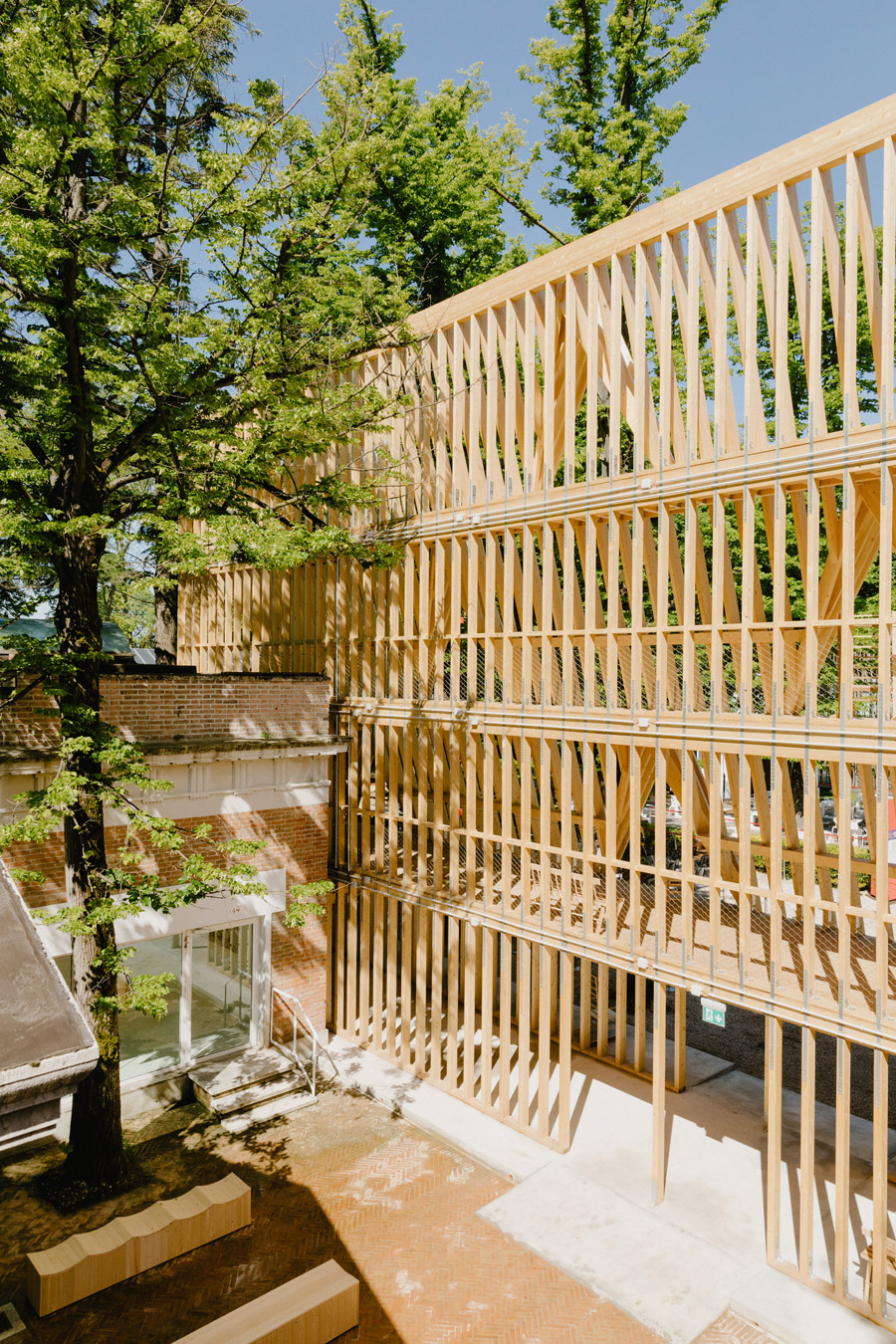 The placement of the wooden pavilion creates a courtyard with a tree for shade.

Honorable mention should go to the Russians who, in a very different and more enduring way, could now be said to have one of the best pavilions. This year’s presentation was in fact a radical renovation of Alexy Schusev’s 1914 building in the Giardini. The alterations, conceived by the Russo-Japanese architects KASA were overseen by former OMA partner Ippolito Pestellini Laparelli. The renovation is an act of selective archaeology, re-opening blocked ground floor windows and doors onto a terrace as Schusev originally intended, but also expanding and consolidating the basement exhibition space in a manner in-keeping with later renovations to the pavilion during the Soviet era.

The new architecture allows the Russian pavilion to be configured in multiple, striking ways across the two floors as well as granting access to the disabled. Schusev’s building, which he designed in his pre-Constructivist days, has been turned into a machine for displaying art in a manner that Schusev the Constructivist might approve. It also might push other nations to admit finally that their out-of-date pavilions — which are hard or impossible to access by the disabled — need upgrades.

It was an anomaly of course, running against the generally contemplative trend of the national pavilions this year; the best of which represented the architectural culture of their respective country rather than imposing a vision on it. In previous years, pavilions have hosted exhibitions that were either manifestos for a new architecture or a particular style. The Giardini is always a wild assemblage of different curatorial and architectural approaches and this year was no different. Still, there was an underlying thoughtfulness as if commissioning bodies, curators, and architects had been surprised by the recent populist turn in politics and sought to look more profoundly at the architectural culture of their home nations as a way of better understanding their own role.