Unlike many U.S. firms that have used only remote work during the pandemic, the architects at KOGAA’s studio in Brno, Czech Republic, may have grown closer over the past year. “Our studio is more like extended family, and most of the time we’re working together in a close space,” says Tomáš Kozelský, who cofounded the practice in 2015 with Alexandra Georgescu and Viktor Odstrčilík. Now its staff includes 12 members and a new office in Prague. 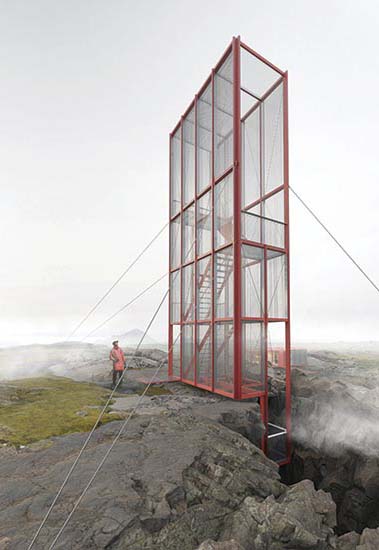 ICELAND CAVE TOWER: For this concept design, the strategic placement of the structures—the three-story tower rises from a crevice—offers unrivaled opportunities to view the unique landscape. The orthogonal design of the two volumes and their bright color create a contrast with the organic forms and shades of nature. Images courtesy KOGAA, click to enlarge.

Kozelský estimates that 80 percent of the Czech Republic’s architects focus on residential projects, and the partners initially wondered how to win larger and more complex work as a new studio. One way, they discovered, is to find work that nobody else wants. A hallmark project for the firm came in the form of a soon-to-be demolished building near the Brno city center. Without electricity, water, or window glazing, the structure was not occupiable, but KOGAA secured a deal on the rent and began the work of reactivating it. “It had low ceilings, bad access from the street, and everyone was saying we could not turn it into offices,” says Kozelský. But, by seeking a new legal classification for the building based on charging for coworking services rather than rent, the firm transformed the space into a social reactor called the Distillery. Completed in 2019, the building now holds work- and meeting spaces, a kitchenette, a library, and a bar, at the heart of what the architects describe as Brno’s burgeoning “hipster zone.” 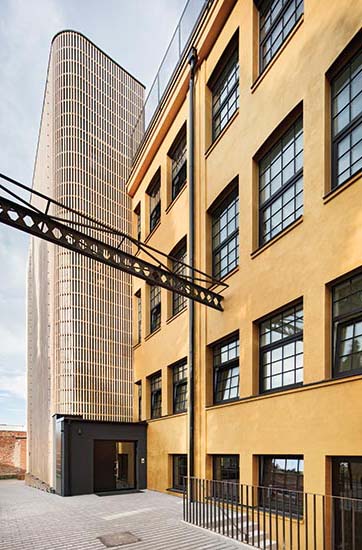 DADA DISTRIKT: This adaptive reuse of a former storage facility took a nontraditional approach to development, like other projects following KOGAA’s Distillery. Designed as a shell and core, the main load-bearing structure was cleaned up and the existing stair tower transformed with new cladding. Photo © Kubicek Studio

“That project defined a lot of what our practice would become” says Georgescu. “Most of our work came from this way of thinking, and many of our clients were interested in how to generate attention, how to bring communities together.” Completed last year, the studio’s DADA Distrikt design repurposed one of Brno’s many former industrial buildings as a mixed-use complex, with a financial model that drastically reduces costs for residents, who face quickly rising housing prices. (Kozelský says this model is similar to that of a German Baugruppe, in which an association of individuals, often friends or family members, develops land by working directly with architects. In Prague, the city has allocated some plots of land for these cohousing projects to take shape.) Currently, the studio is completing work on KUMST, a center for the Brno arts community, which includes event, studio, and coworking spaces within a long unoccupied 1929 building. 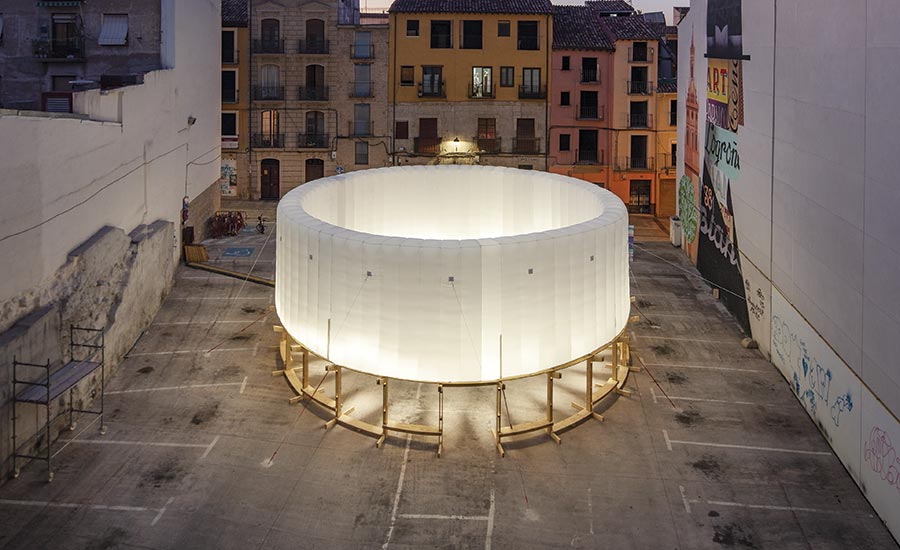 CIRCO AÉREO: A design that allows for community-enhancing uses rather than null ones such as parking exploits the potential of empty urban spaces. The 13-foot-high inflatable ring of recycled materials is a visual reminder of CO2 production in our cities and a canvas for projections; it provides light at night, and shade on hot days. Photo © Josema Cutillas

Public space is an important part of the community-revitalization efforts that accompany the studio’s adaptive-reuse projects, and KOGAA’s most recent venture may have far-reaching effects. They call it the Circo Aéreo—an inflatable ring atop a wood framework that can transform vacant lots or squares into community gathering spaces. In lieu of mature trees that take decades to grow, it offers shade. With the worldwide push for more usable public space, brought on by the pandemic, the firm is eager to bring these pop-up town-square installations to the international stage. The product’s next stop will be Seattle, where one will appear in Spectrum Dance Theater’s Race & Climate Change Festival. Always open to bending the financial rules of traditional architecture for the sake of the greater good, the studio’s partners agreed the best fee for this usage was one U.S. dollar. 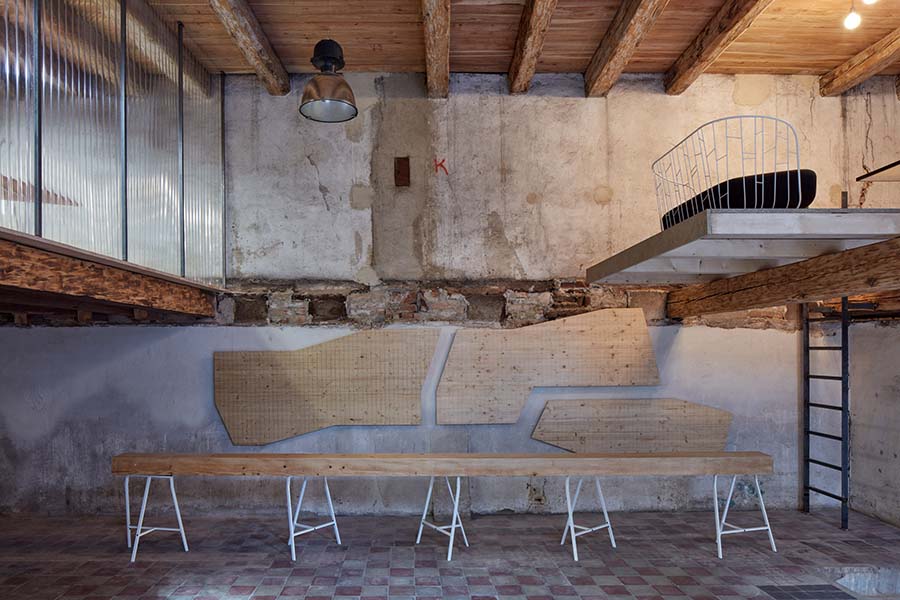 
The Czech firm made a name for itself with innovative ways to finance and realize projects, including the adaptive reuse of structures ready for demolition. 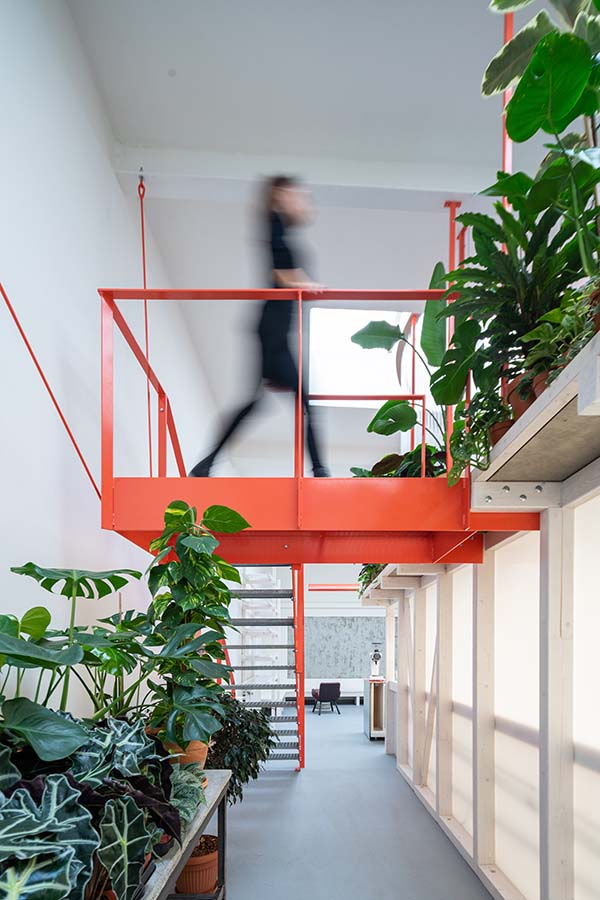 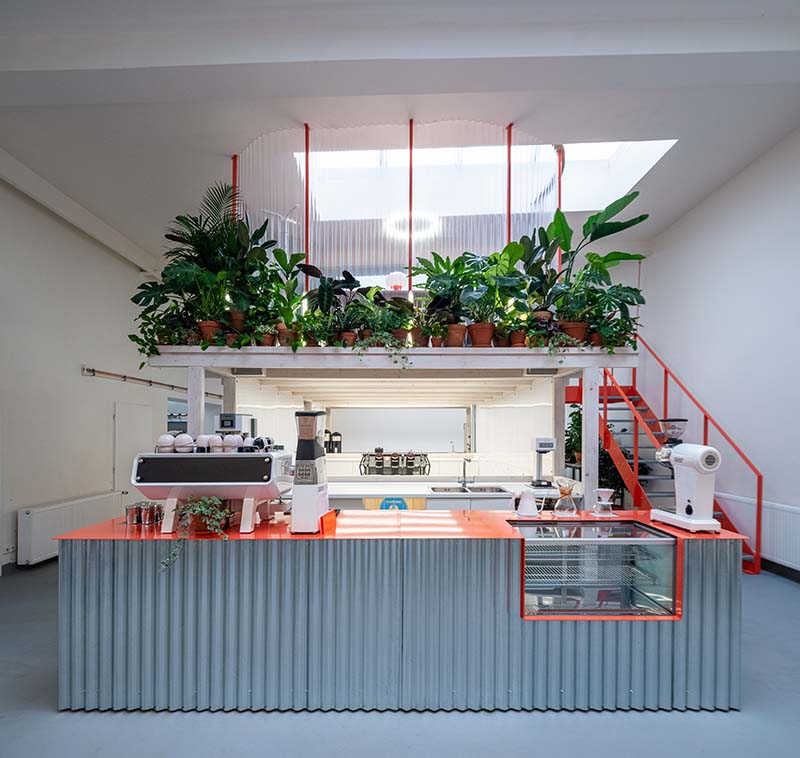 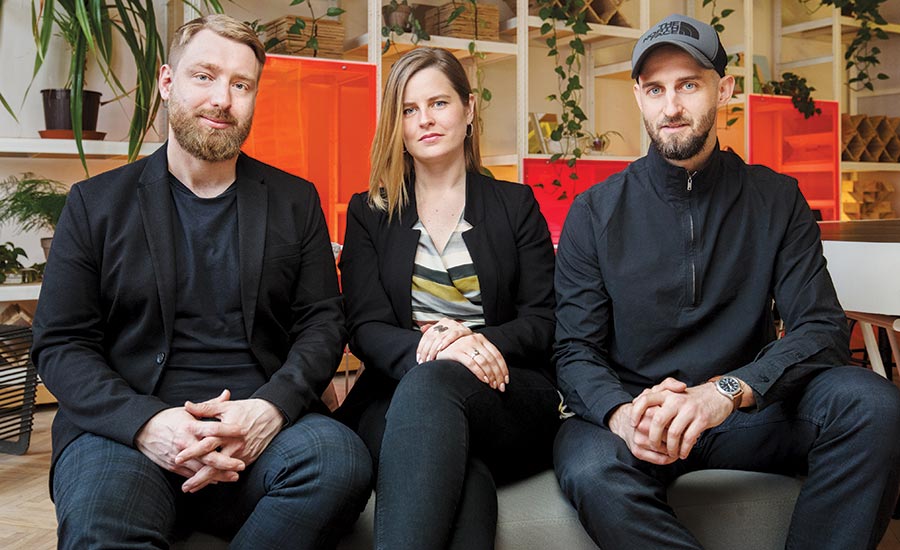