Sugimoto's Hirshhorn Sculpture Garden Gears Up For Next Test

Two years and seven public consultations later, the Hirshhorn Museum and Sculpture Garden in Washington D.C. is ready to present again its controversial proposal by Hiroshi Sugimoto to redesign its 1.5-acre sunken garden to the National Capital Planning Commission (NCPC). The latest version of the proposal will include a Memorandum of Agreement (MOA), with mitigation efforts and explanations, but still with design elements that some preservationists have opposed: an enlarged U-shaped reflection pool, instead of the original rectangular one, to accommodate a performance platform, and new retention walls of stacked stone, rather than the current deteriorating concrete aggregate walls (which could be repaired or rebuilt).  The Hirshhorn last presented its plans to the NCPC in December 2020 in a virtual public hearing (and first in June 2019), where it was granted approval only if the museum addressed those two major changes with “a comprehensive rationale.” The garden, as well as the museum itself, was designed by Gordon Bunshaft and opened in 1974. 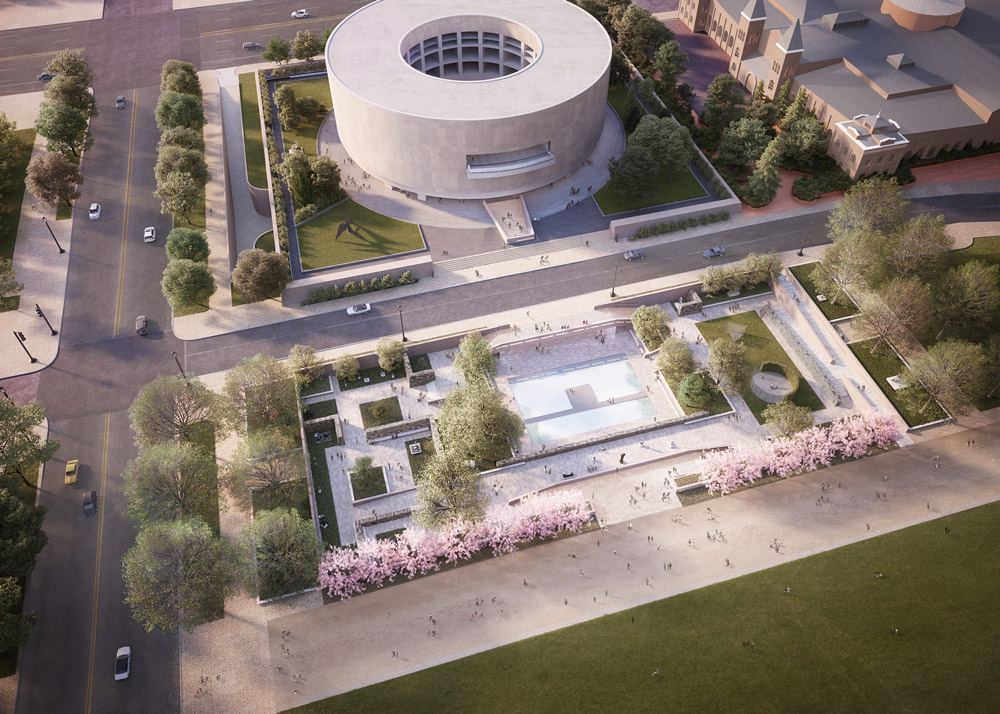 Critics argue that Sugimoto’s plan does not honor the garden's history.

On July 15, the Hirshhorn landscape plan was accepted by the Commission of Fine Arts (CFA) – another hurdle in Washington’s elaborate design approval process. (Opponents to the plan argue that the almost-all-new Biden-appointed CFA no longer includes a landscape architect, and that the new commissioners had never seen nor reviewed the project before, and therefore were not  familiar with its intricacies.) When it is presented to the commissioners of the NCPC, critics can also give testimony. “A lot of unresolved questions were raised at the CFA presentation, but they were never addressed, like adding an elevator and the width of the pool’s walkway,” says Charles Birnbaum, president of The Cultural Landscape Foundation (TCLF), a landscape advocacy organization. “The Hirshhorn took advantage of the new CFA board’s unfamiliarity with the project to get it approved.” But even if it does receive final approval by the NCPC, this would be just another step in a lengthy process to bring Sugimoto’s project to life.

When unveiled in 2019, the design received concept approval by the CFA, then composed mostly of Obama appointees. Critics immediately argued that Sugimoto’s plan did not honor the history of the garden, though they did believe that revitalization was long overdue. TCLF and Docomomo US, as well as leading landscape architectural historian Elizabeth Meyer, former vice-chair of the CFA, and local historic preservationist C. Andrew Lewis, all declared that the scheme violated the spirit of the original work by SOM’s Bunshaft, as well as the updates to the landscape by Lester Collins. “In the end, this iconic modernist landscape might not be what it is today,” says Birnbaum. “It’s a plaza, it’s not a garden anymore. I question if it will even be eligible for the National Register.” 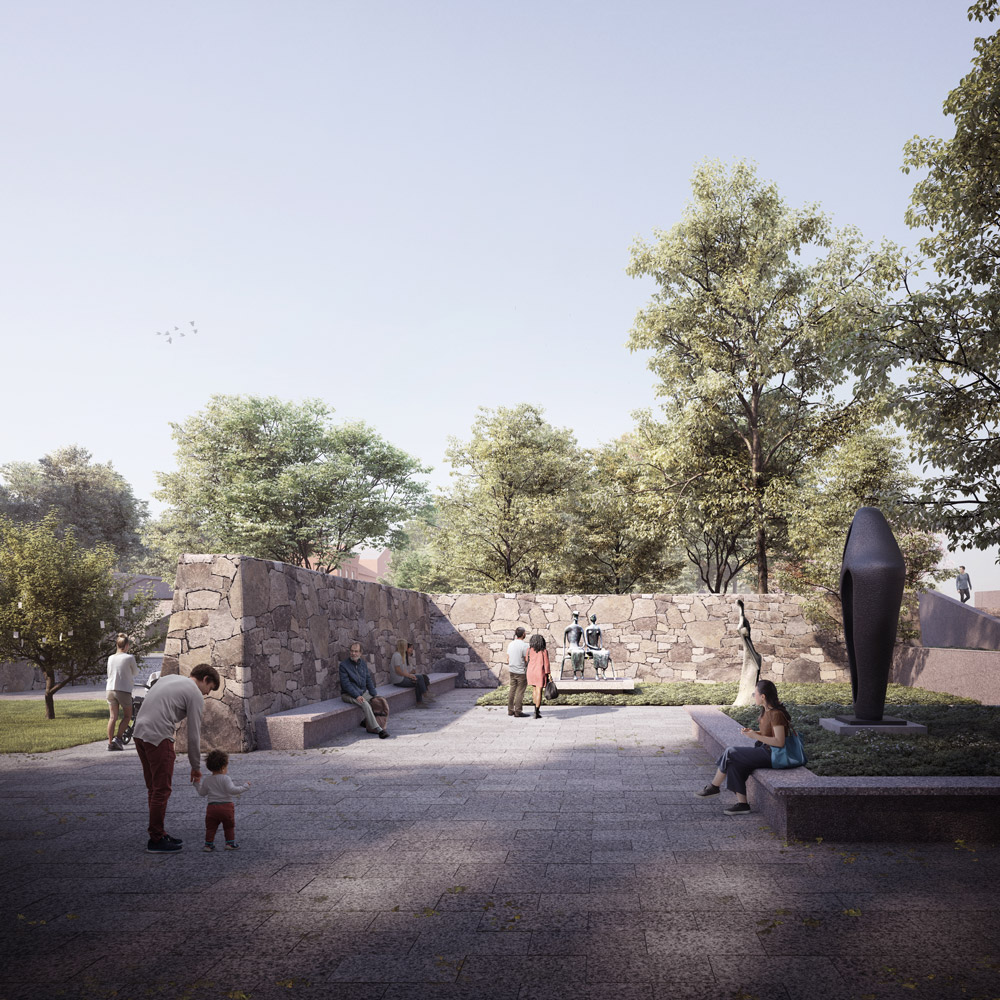 In 1974 the Hirshhorn unveiled its sunken garden, with the circular museum’s long, horizontal window echoing the rectangular reflection pool below, surrounded by a bed of crushed stones. In 1981, landscape architect Collins revised the design by swapping Bunshaft’s pebbles for grass, for more accessibility, and adding leafy trees for shade, all while keeping the original stepped design and water feature. But what might seem like a simple task to preserve, enhance, and revitalize the art-filled oasis, which suffers from low visitor attendance, cracked walls, and drainage issues, has proven to be a “painstaking” process, according to Kate Gibbs, Hirshhorn Director of Communications and Marketing.

Mitigation efforts and attempts to adjust Sugimoto’s design have dragged on for months, as part of the Section 106 review process that began in April 2019. Because the garden is on the National Mall, and is part of the Smithsonian, it is a federal project and falls under this Section 106 review process, in which the public has the opportunity to alert the government of federal projects’ historic properties and influence design decisions.

Yet, say the critics, the most debated aspects of Sugimoto’s proposal have not been amended or addressed in the Hirshhorn’s new MOA, and they hope the NCPC will not be fooled. “The proposed changes aren’t being mitigated,” Birnbaum says. “Hundreds of hours later and the proposal has largely not changed. There are a lot of unresolved issues.”