Review of 'Reviviscence: A Bridge Over Genoa'

In early May, a thick crack slicing through a critical steel support beam was discovered on the Hernando de Soto Bridge spanning the Mississippi River between Memphis and eastern Arkansas. Not only has car traffic since been banned on this major artery, but boat traffic beneath it was temporarily halted as well. Opened in 1973, this viaduct is on the younger side of this country’s failing infrastructure. (About half of the 617,000 bridges in the U.S. are more than 50 years old.) Despite the delayed finding—reports indicate signs of a crack may have gone unnoticed for years—things could have ended much worse, a fate that was not spared to Genoa, Italy. 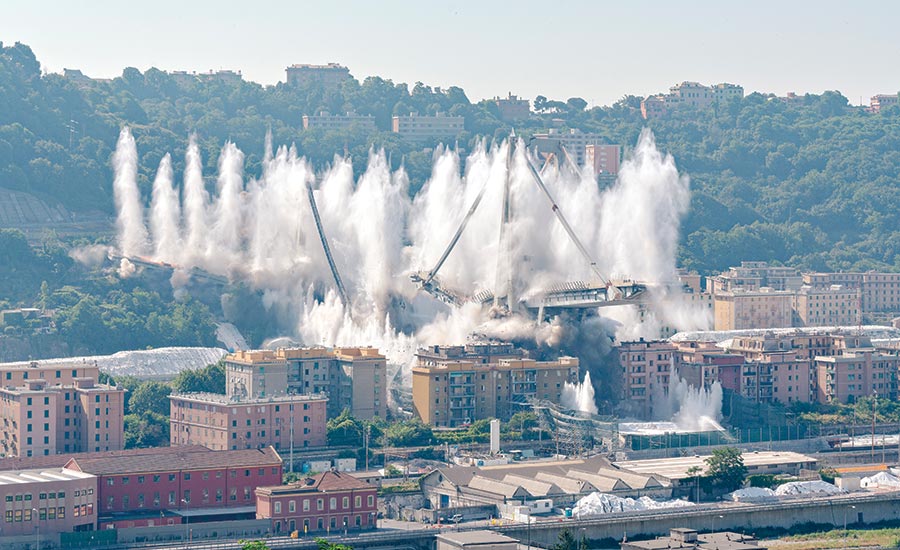 The towers and other sections of the bridge left standing were taken down by controlled explosions on June 28, 2019. Photo © Andrea Botto, click to enlarge.

On August 14, 2018, a nearly 700-foot-section of the northern Italian port city’s Polcevera Viaduct collapsed during a rainstorm, killing 43 people. The aftermath of that devastating day, from the demolition of the remaining portion of the 51-year-old bridge to the construction of a new one in just over a year—despite the severe Covid outbreak in Italy at the time—has been captured by Italian photographer Andrea Botto in a new book that features essays by city officials and key members of the rebuilding team. Also included is an interview with Renzo Piano, a Genoa native and the architect of the San Giorgio Bridge, Polcevera’s replacement, which opened to traffic a year ago. Says Piano, “A bridge is not a wall, bridges are unifying. A bridge that collapses, collapses three times. It left a scar of 43 human lives lost, 260 families without a home, and a city split in two.” 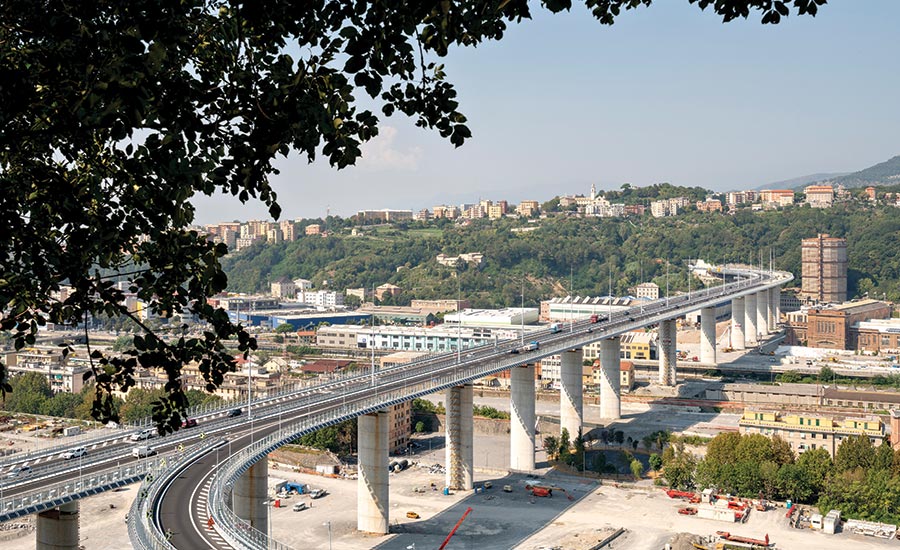 The Polcevera Viaduct, also known as the Ponte Morandi, after the noted civil engineer Riccardo Morandi, who designed it, was considered a symbol of innovation. But the cable-stayed bridge showed signs of creep almost from its completion in 1967, and had faced continual repairs since the 1970s, with the eyes of Morandi himself, who died in 1989, fixed on it and its shortcomings. Its ultimate demise has led to extensive analysis of the structural failure, and hotly debated assignment of responsibility to everything from design flaws and construction mistakes to bad maintenance and even lightning.

While Reviviscence is a celebration of rebirth—“the high number of technical and logistical difficulties in this project were accompanied by a strong feeling of a revival of one’s city that drove me from day one,” writes one local member of the rebuilding team—the tragic event that came before is a warning to authorities overseeing infrastructure in the U.S. and around the world. Meanwhile, as of press time, the Tennessee Department of Transportation was reportedly “racing” to reopen the Hernando de Soto Bridge by the end of July, because of the financial and traffic toll its closure has had on the region.