“Toward Common Cause” Brings the Art of MacArthur Fellows to Chicago

Toward Common Cause: Art, Social Change, and the MacArthur Fellows Program at 40 is a visual anthology of new and recontextualized work, mounted across Chicago, by 29 artists named Fellows since the award program’s founding in 1981. The fellowship provides no-strings-attached, five-year grants to individuals who show exceptional creativity in their fields, including artists, scientists, composers, poets, writers, historians, and occasionally, architects. Organized by the University of Chicago’s Smart Museum of Art in collaboration with partner organizations, the multi-site exhibition began in the spring and will be ongoing through the end of the year.

With an emphasis on institutions on the South Side, Toward Common Cause draws on a variety of resources: some are physical, like buildings and materials (such as soil, water, air, energy), and some are intangible, like information, education, and culture. The works explore ways in which resources can be used or abused, and how they play into the struggle for capital and racial equality. 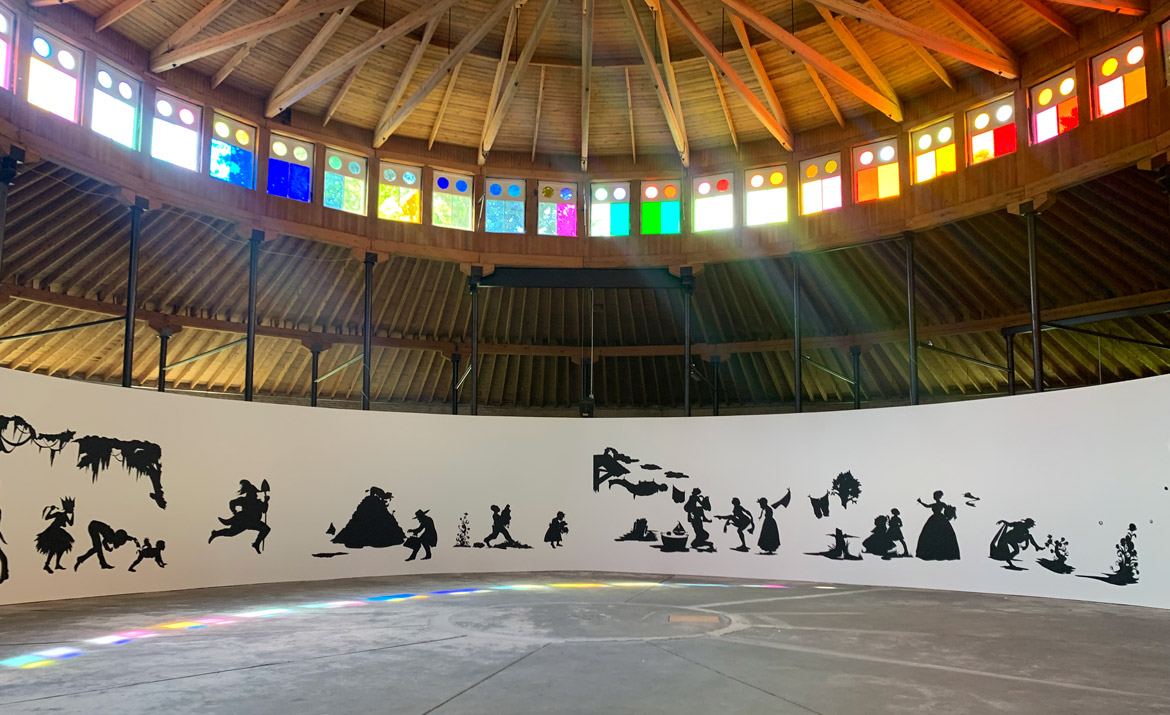 As part of the exhibit, Kara Walker has activated Chicago's DuSable Museum of African American History.

The art is both intimate and large-scale, indoor and outdoor. It spans genres and media, and most can be seen without pulling out your wallet. It is worth seeing as much as possible. The locations of the 19 host institutions speak to the efforts of the MacArthur program to advance geographic equity and help sustain the resources of new and old institutions, across tangible and intangible ways, much like the work that Towards Common Cause celebrates.

At the University of Chicago’s Reva and David Logan Center for the Arts, Carrie Mae Weems invites visitors into a classroom devoted to the Black Panther Party, complete with desks, flags, books, a chalkboard, and ephemera. "A Land of Broken Dreams" intends to share the pedagogy of the Black Panthers’ education programs for young people in the late 1960s and early 1970s, but this is a classroom for all–even those with limited exposure to the Panthers outside of films like Judas and the Black Messiah. Visitors are invited to sit, read, listen, and play, as desks are filled with African American literature and books on protest, race, and class struggle. 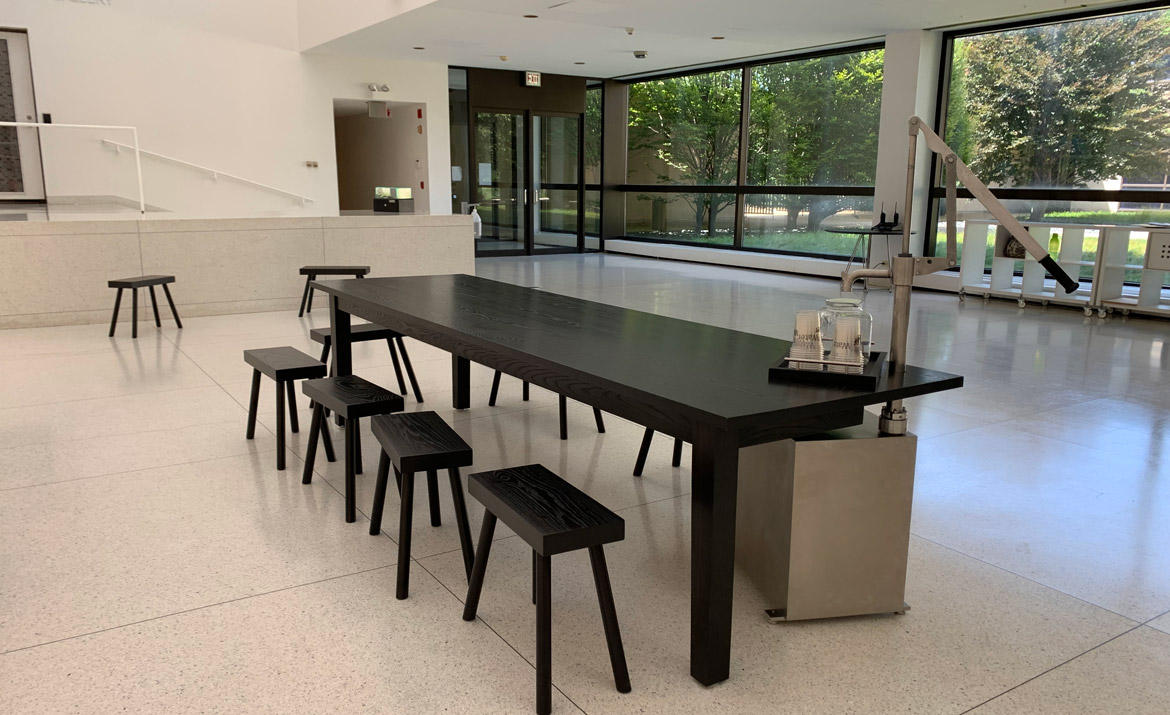 Inigo Manglano-Ovalle's work at the Smart Museum of Art, as part of the MacArthur Foundation's city-wide exhibition.

The Sweetwater Foundation produced a standout work: "Water Table", by Inigo Manglano-Ovalle that brings potable drinking water from Washington Park to the Smart Museum of Art in Hyde Park (two communities on Chicago’s South Side that do not receive the same amount of governmental resources). In Washington Park, "Safehouse Temple Door", another piece by Mel Chin with Sweetwater Foundation, envisions the Civic Arts Church – a former house of worship in the process of being transformed by Sweetwater Foundation into a community arts center – as not only a historic resource but as a place where resources were distributed. The Civic Arts Church is “secured” by a 10-foot steel bank door, representing the efforts to secure capital that often lead to gentrification and displacement. Sweetwater Foundation is deliberately calling the Civic Arts Church a historic structure, which, like many historic houses of worship for African American communities, is without official landmark designation.

While all the works of Toward Common Cause are worth seeing, two paintings–one on the façade of the Minnie Riperton Apartments by Njdeka Akjunyili Crosby and an installation at BBF Family Services by Kerry James Marshall –stand out. Also noteworthy is Kara Walker’s work at the DuSable Museum of African American History–never has there been a more perfect confluence of narrative within adaptive re-use. Walker’s silhouettes are placed in the round within an 1880s horse stable designed by architect Daniel Burnham. The crispness and sophisticated details of the figures contrast with the utilitarian aspects of the building, and the roughness of its journey from an underutilized Chicago Park District property to the wing of a museum. Clerestory windows dressed in colored film, a permanent feature of the roundhouse, transform the interior into a human-scaled kaleidoscope.

Elizabeth Blasius is an architectural historian and writer based in Chicago, and the co-founder of Preservation Futures.