Two and a half years is an interminable pause for a global design event that has been running every year since 1961. Yet, the Milan furniture fair returned in early September, delayed and reformatted due to Covid-19. Once again, architecture had a strong presence, thriving in both installations and architectural furnishings unveiled for the first time. At the main exhibition center Fiera Milano, the Salone del Mobile was rebranded to “supersalone,” a compact show—despite its grand name—spread across just four pavilions, in comparison to the 24 in 2019, and accessible only after proof of Covid vaccination or test. (Final attendance numbers were 60,000, as compared to over 200,000 in the years leading up to the last Salone.) Offsite events were also trimmed, compared to years prior, but you could still easily fill all six days with the abundance of design offerings around the city.

Luxury fashion house Hermès hosted the most dazzling installation this year. On a pink sand beach (actually a sports center in the Brera district), stood a line of graphically hand-painted one-story volumes made of lime, each 16 feet long, 32 feet wide, and 23 feet high, by Paris-based architect and designer Charlotte Macaux Perelman, a David Rockwell alum and founder of Studio CMP. 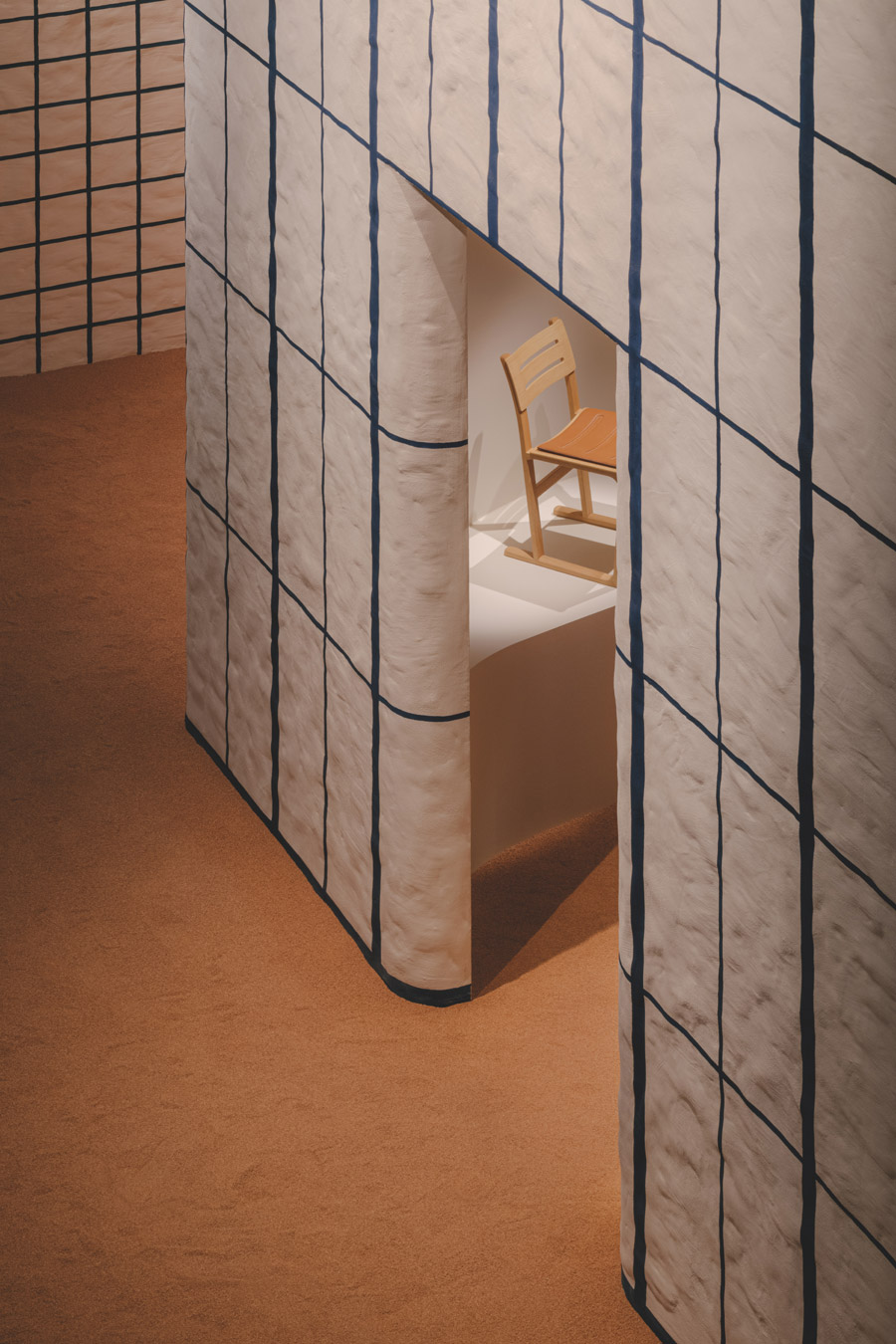 The oak Équilibre armchair by Jasper Morrison for Hermès has a removable leather seat pad. Photo © Maxime Verret/courtesy of Hermès

While initially unveiled online, this is the first public showing of the Hermès home collection—and British designer Jasper Morrison, who contributed an oak armchair and table, sees no substitution. “Online launches are just so disappointing, it’s like a one-firework event and then...nothing,” he says. Before the global pandemic, Morrison had not missed a Milan furniture fair since 1979. “To suddenly lose two in a row was a bit weird.” But his 2021 products launched in Milan, he says, benefitted from the longer time frame. His aluminum sconce, Oplight, for Flos—a flat plate of LEDs with a ridged system designed to refract—projects a soothing wash of indirect light.

Dominating Alcova, a platform for independent design founded in 2018 and the largest exhibition space at a sprawling 38,000-square-feet, was Mesh Virus-Control, a colorful mesh flag partition that reportedly prevents droplet transmission by eliminating 99.9 percent of viruses on its surface.

Milan-based architect Mario Cucinella maintains that his aluminum, origami-like Flexia lamp for Artemide emits “a spectrum of light that you don’t see that is antibacterial.” Cucinella has designed a new private surgical and emergency center opening this month in Milan—the 267,000-square-foot San Raffaele Hospital—and he predicts more innovative sanitary solutions for the future.

Sustainability was another theme in Milan this year. To share greater understanding of the recycling of waste, Cucinella presented “The Circular Lab”—mainly made with re-used materials—at the Leonardo da Vinci Science and Technology Museum, offering seminars on the topic.

That consciousness extended to a wide range of innovative materials, including  an installation in the courtyard of Rossana Orlandi gallery of the CArrelé tile collection by Nature Squared, which integrated 150,000 eggshells sourced from food waste, with woven textiles from palm fibers 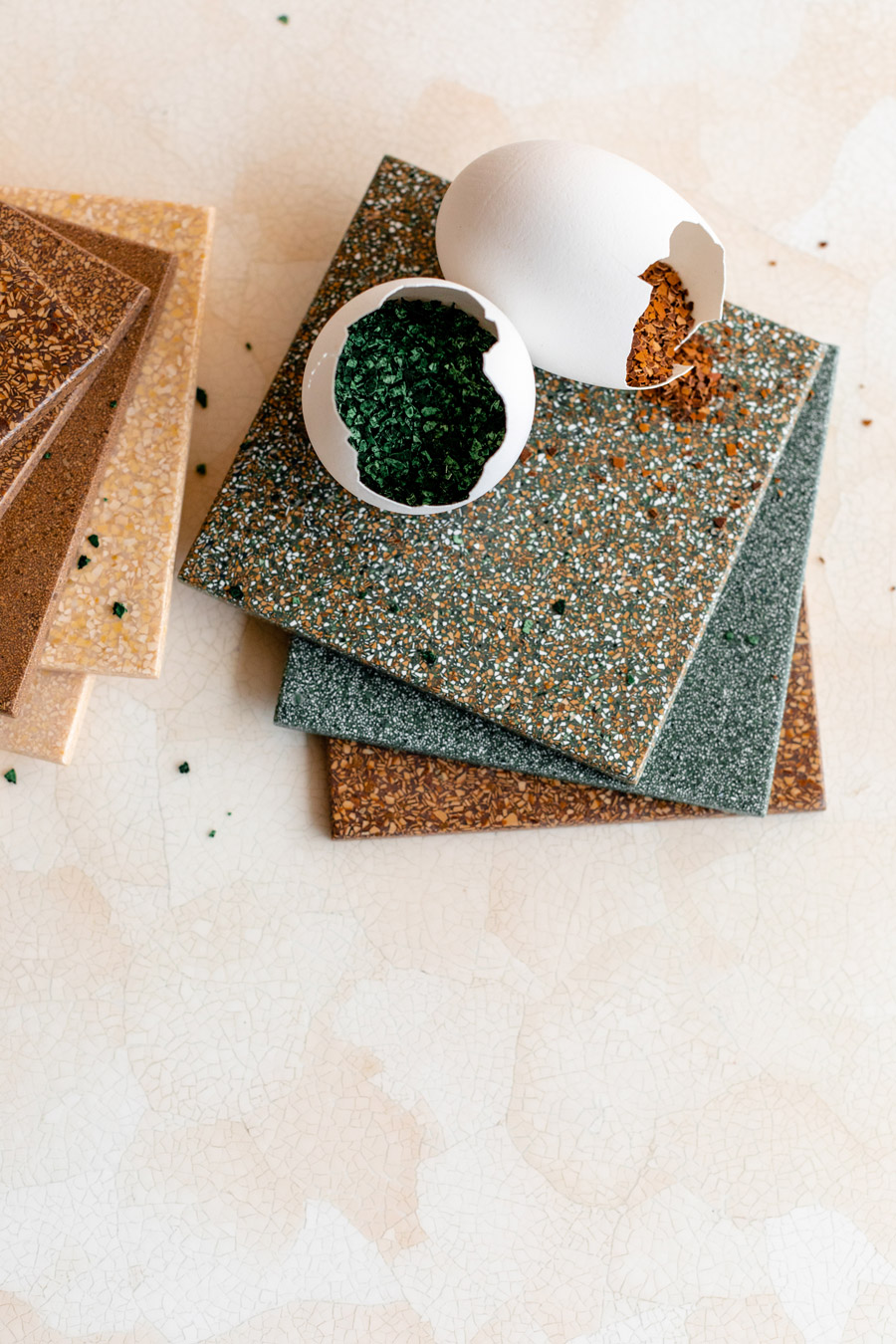 Supersalone’s 423 brands and 50 independent designers (a decrease from some 2,400 exhibitors in 2019, with almost no representation of the Asian market) were served by temporary structures, or "walls", made of 100 percent recycled wood, including some exhibition spaces designed by Stefano Boeri, the curator for supersalone 2021 –  and were assembled without glue for easy disassembly. “It was time to send a message,” states Maria Porro, Salone del Mobile’s newly elected president and the first woman in the role.

"We developed a customizable, flexible and reusable display system conceived with Lukas Wegwerth, an expert on issues related to circularity," Boeri told RECORD. "The best word to describe this system is 'wall' because it is an element that develops in length and height, qualified in linear and non-square meters."

An airplane installation by Ron Gilad tapping into travel nostalgia was the most buzz-worthy exhibit at the fair. It presented neat rows of the leather-upholstered Round D.154.5 armchair, designed by Gio Ponti in 1954 and reissued by Molteni&C in collaboration with the Gio Ponti Archives, next to round “airplane windows”—actually screens displaying whimsical animations, such as fluffy white clouds appearing to drift past the Molteni&C collections.

Regarding those missed at this year’s fair, an email from Studio Libeskind, Daniel Libeskind’s office, indicated the architect, who has often exhibited at Salone, was currently dedicating his time to the 9/11 anniversary and “not participating this year, at least in an official capacity.”

The casual predictions for Milan Furniture Fair 2022, planned for next April, were varied—some bleak, some glass half full. With “Freedom,” a 23-foot-high glowing seabird peeking out of the Università degli Studi di Milano, Ma Yansong, founder of MAD Architects, addressed this uncertainty. Illuminated at night via LED strips, the gigantic robotic bird he designed took a hesitant step forward as if to take flight, yet its metal-framed body remained half sheltered and half exposed under the courtyard’s arches, firmly grounded in place.

Berlin-based Mairi Beautyman has been writing about design since 2001.