In the fall of 2017, Hurricane Maria touched down in Puerto Rico, decimating the island’s housing stock and infrastructure in addition to destroying an estimated 80% of the island's agriculture. The storm’s toll included the El Portal Visitor’s Center, at the gateway of the 29,000—acre El Yunque—the only tropical rainforest in the U.S Department of Agriculture’s Forest Service. Home to over 200 species of trees and plants, as well as a number of petroglyphs (or rock carvings) made by the indigenous Taíno people, El Yunque lies on the slopes of the Sierra de Luqillo mountains on the northeastern coast of Puerto Rico. Known for its rich biodiversity and as a habitat for the endangered Puerto Rican Parrot, the rainforest’s trees and plant life have been slowly recovering from Maria’s ravages. Reconstruction on its shuttered visitor’s center began in the summer of 2019 and was completed this past December. The $18.1 million restoration and redesign by the architecture firm Marvel, along with Interlink Construction, reopened this week. 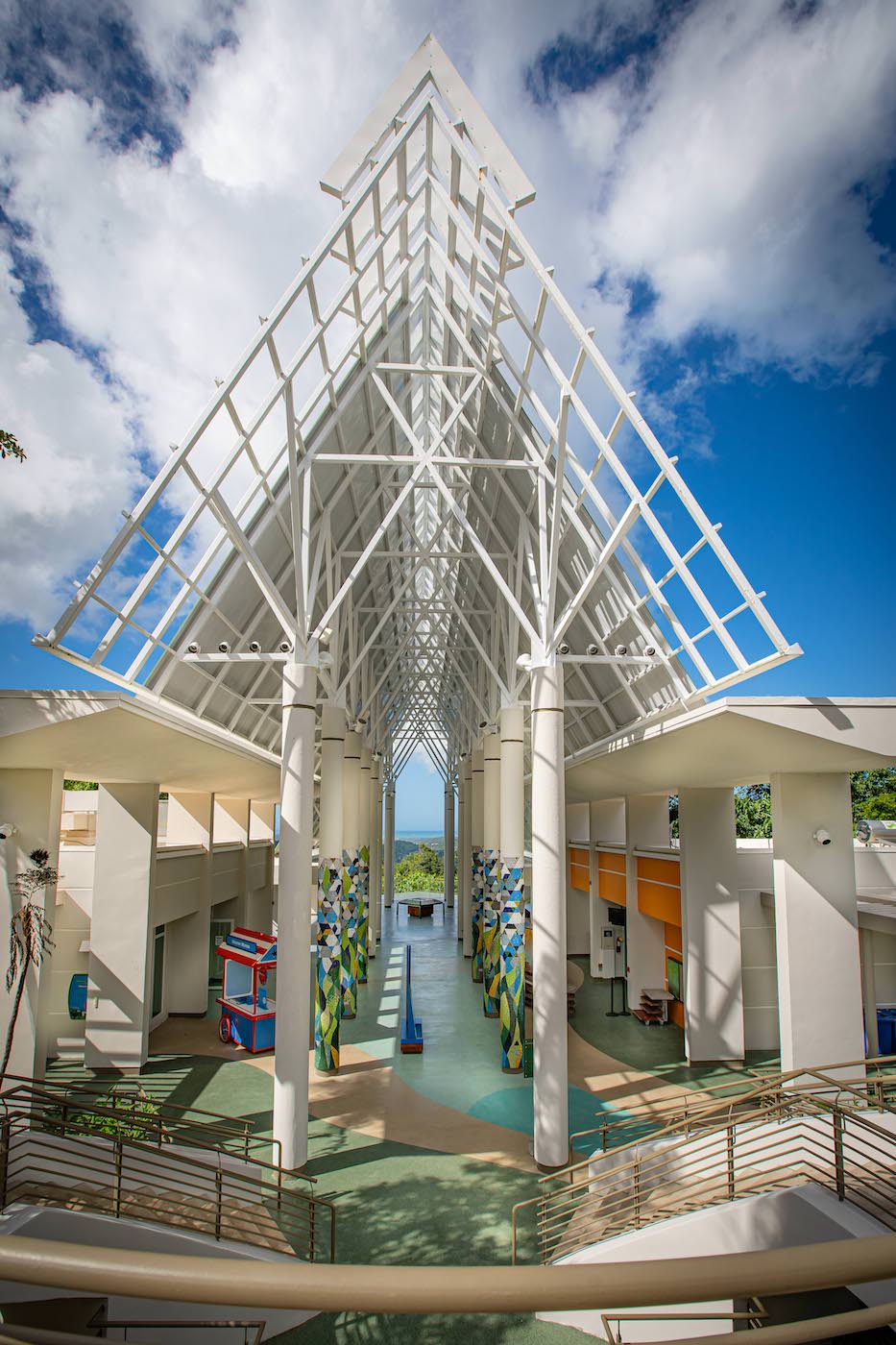 The USDA Forest Service awarded Marvel and Interlink with the project’s design-build contract following a competitive process. With offices in New York City and San Juan, Marvel’s portfolio features a wide range of work that includes civic, institutional and commercial projects alongside affordable housing and landscape. The firm’s principal, Jonathan Marvel, who was born and raised in Puerto Rico, was one of the founders of Resilient Power Puerto Rico, a nonprofit started in 2017 that aims to limit dependence on the island’s vulnerable electrical grid by installing permanent solar arrays.

“Our challenge for this project was to envision a refreshed design, that would respect and harmonize with the beautiful natural surroundings of El Yunque, integrate environmental sustainability factors, and build upon the previous structure,” Marvel said in a statement, “El Portal is an integral part of one of Puerto Rico’s biggest tourist attractions and… an iconic destination.” The firm’s stated goals for the restoration include “playing a role in assuring [the center’s] longevity and ability to remain accessible to both residents and visitors, all while preserving this fragile natural ecosystem in perpetuity.” 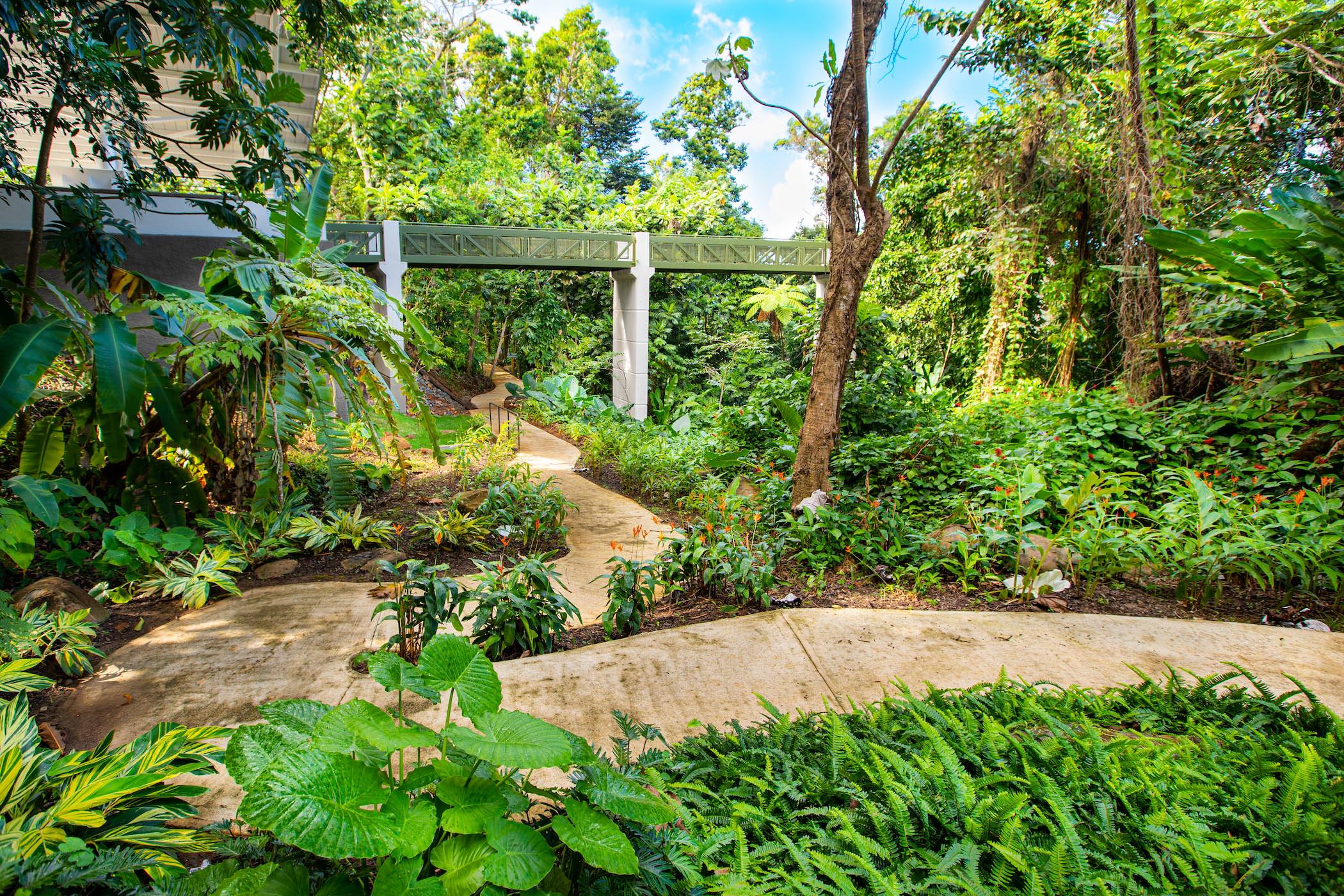 El Portal lies at the entrance to the rainforest, protruding from the dense canopy still recovering from the impact of the storm. Marvel worked closely with the USDA Forest Service to re-imagine and enhance the government facility as a dynamic public center with visitor services and educational resources about the forest. The renovation features a new entry plaza with gardens and a cafe. The main hall, upper courtyard, and a water feature–all elements of the original design–were preserved but adapted by Marvel and Interlink to meld with the new overall design vision. 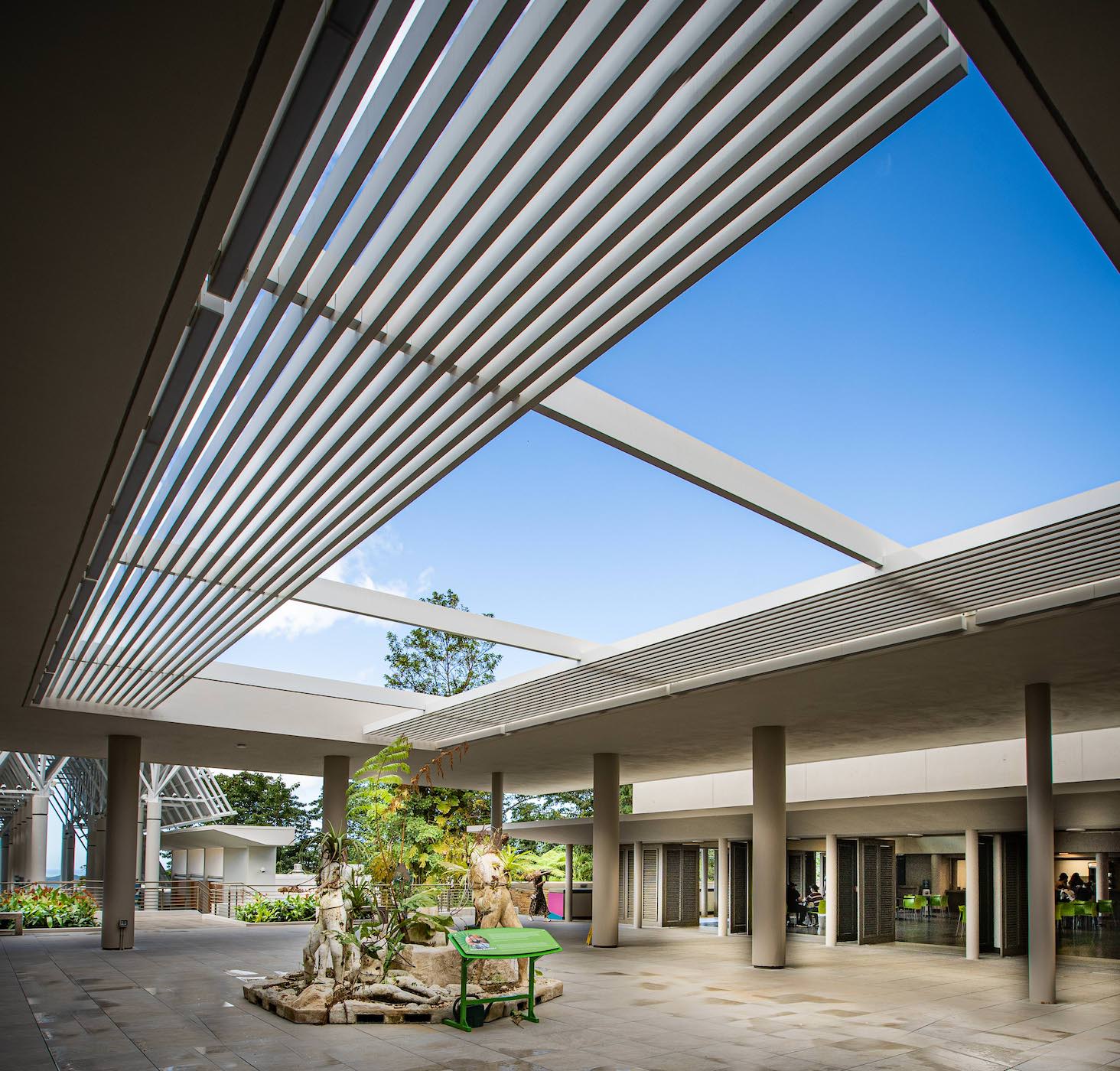 The devastation of Hurricane Maria, which claimed nearly 3,000 lives and cost over $90 billion in damages, exposed Puerto Rico’s vulnerabilities in a future of more frequent extreme weather. As the island has rebuilt over the past five years, climate scientists and ecologists have been studying El Yunque’s recovery to predict how similar ecosystems might change in response to increasingly intense storms. They anticipate that tropical rainforests may store less carbon as more weather-resistant trees, such as palms, take the place of hardwood trees more likely to be destroyed by hurricanes. Marvel and his team’s work to restore and fortify El Portal is a microcosm of the effort needed to sustain the island in both ecological and human terms.

Inside the Metaverse: Architects See Opportunity in a Virtual World