This website requires certain cookies to work and uses other cookies to help you have the best experience. By visiting this website, certain cookies have already been set, which you may delete and block. By closing this message or continuing to use our site, you agree to the use of cookies. Visit our updated privacy and cookie policy to learn more.
Home » A Flawed MoMA Exhibition Erases the Social Context of South Asian Modernism
Architecture NewsReviews

Review: “The Project of Independence: Architectures of Decolonization in South Asia, 1947 – 1985” at the Museum of Modern Art in New York

On entering the exhibition The Project of Independence: Architectures of Decolonization in South Asia, 1947 – 1985, on view at the Museum of Modern Art (MoMA) in New York through July 2, visitors first encounter a cinematic vignette from Yash Chaudhary’s documentary Chandigarh (1969). Sinewed workers labor without rest in the sweltering heat, passing headloads of cement and sand-concrete up makeshift wooden scaffolding to build what would soon become the sculptural Palace of Assembly, part of the capitol complex and administrative heart of Le Corbusier’s masterplan for Chandigarh. But the true power of these images emerges from the fact that they unwittingly expose the layered and contested meanings of modernity and, by extension, modernism in postcolonial South Asia—meanings that transcend mere architectural form and materiality.

Modernism can be broadly understood as a utopian project of architectural and urban order premised on the overlaying of a diagrammatic plan on terra nullius. Drawing on Le Corbusier’s principles, Lucio Costa and Oscar Niemeyer’s plan for Brasília—the most complete urban manifestation of the tenets of the Congrès Internationaux d'Architecture Moderne (ClAM) in another post-colony—sought to generate new forms of social association through the reorganization of metropolitan life into distinct sectors. Modernist masterplans prioritized the movement of fast traffic along arterial roads, and the International Style in architecture accordingly took inspiration from industrial infrastructure. In Chandigarh, the sculptural curved roof of the Palace of Assembly references the Bhakra Nangal Dam in Himachal Pradesh, India, and the hyperbolic roof of the Legislative Assembly building borrows from the shape of a Croydon Power Station chimney. Both symbolized the meeting between universal ideals and industrialized modernity. 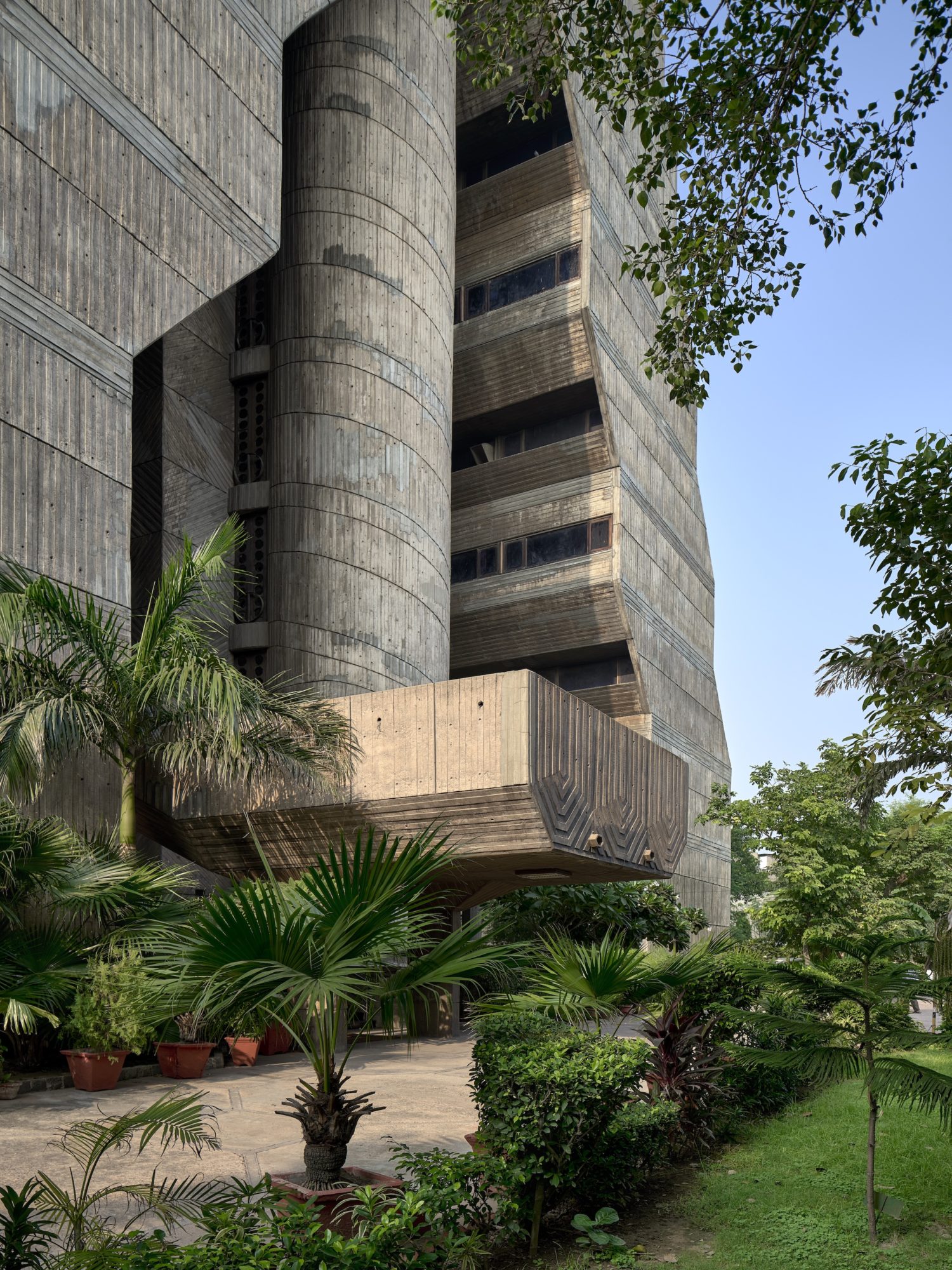 Given this visual link between architectural style and technological prowess, both modernism in architecture and the rational comprehensive model of city planning in South Asia are best understood as extensions of the economic theory of developmentalism. By building new, “modern” cities, postcolonial nations could claim membership in the developed world and challenge what Edward Said refers to as “Western representations of Oriental underdevelopment,” while simultaneously relying on the ahistorical aesthetic of modernism to break from a past replete with sectarian violence and colonial oppression. This latter point was critically important to the project of nationhood, as many postcolonial nations emerged from the unification of historically disparate territories and sought a new, universal architectural style to convey the ideal of national unity.

Foregrounding the emergence of regional reinterpretations of Euro-American modernism, the MoMA exhibition argues that a modern architecture rooted in a specificity of place was central to the process of decolonization and the progressive transformation of postcolonial societies in South Asia. To this end, an array of stunning archival materials, architectural models, and films, alongside newly commissioned photographs by Randhir Singh, are used to capture the establishment of foundational political, economic, and educational institutions built by the region’s first generation of postcolonial architects. From Muzharul Islam’s earthy Chittagong University to Minnette de Silva’s picturesque Pieris House, the show walks us through a veritable trove of architectural masterpieces. 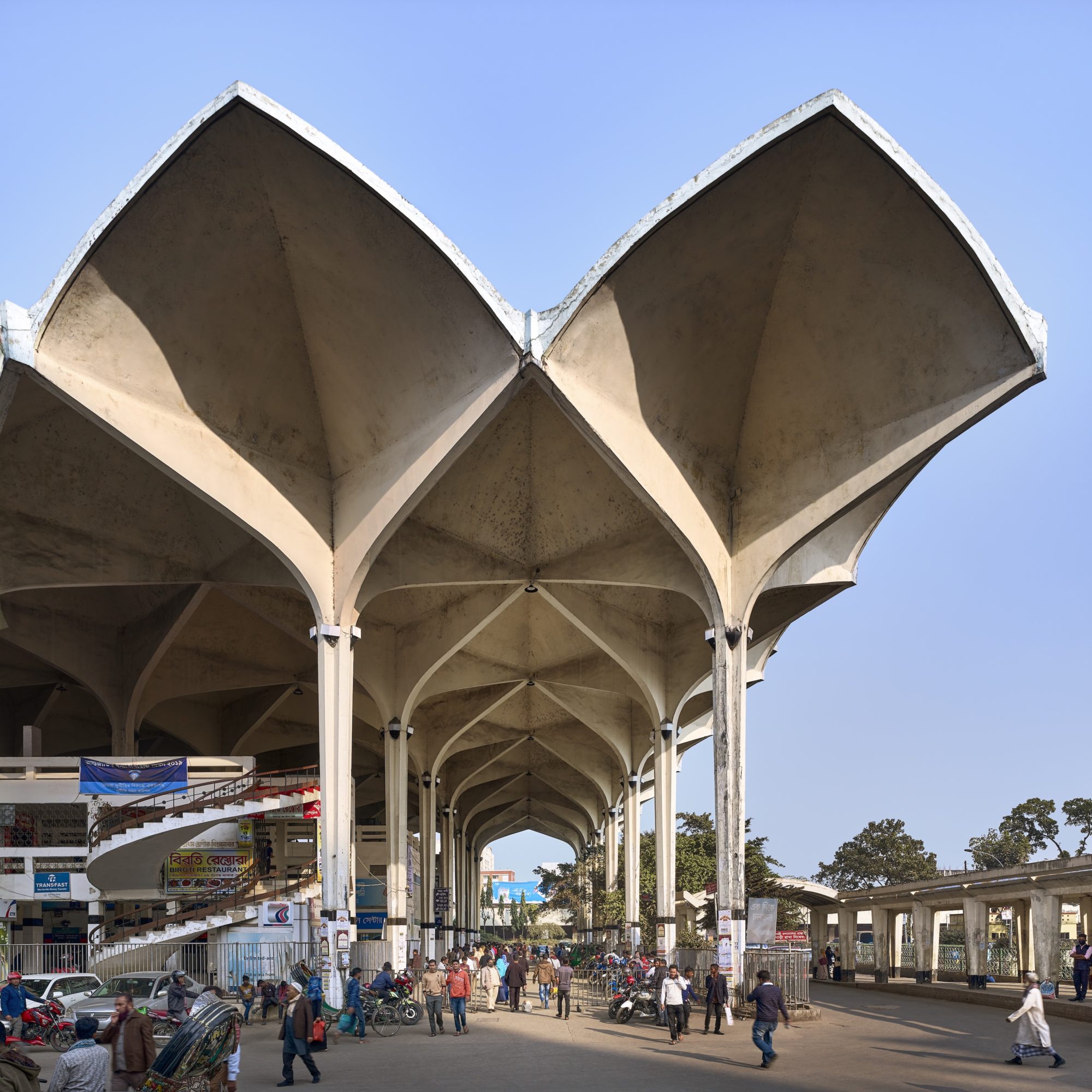 But the relationship between modernism and decolonization that is posited by the exhibition’s curators, Martino Stierli and Anoma Pieris, is tenuous at best and should strike the visitor as problematic for several reasons. First, the show does not adequately grapple with colonial history, which is crucial as decolonization can only be understood in opposition to colonialism. The unquestioned assumption of terra nullius that undergirds much of the modernism on display is itself violent and racially charged. It has caused the dispossession of Indigenous peoples globally and led to the creation of settler colonial states. The show’s narrative does little to challenge or even acknowledge this: viewers with sparse knowledge of South Asia are led to assume that the subcontinent needed the urban renewal-style rebuilding displayed in the exhibition in order to be assimilated into modernity. This is a topic that continues to be debated and cannot be simplistically depicted through a linear conception of progress.

Moreover, development itself does not necessarily entail decolonization, and as in other Global South regions, developmentalism has remained a highly contested issue in South Asia. The government of India’s first post-independence prime minister, Jawaharlal Nehru, sought to reimagine the Indian state and its institutions using béton brut, an attempt that ran parallel to his administrative plans for national development and industrialization. But the real legacy of development projects, mainly executed in the agrarian hinterlands, has been large-scale land acquisition and the dispossession of rural populations—a key point missing from the narrative of the MoMA exhibition. And this history attends modernist city planning as well: notably, while the siting of Chandigarh displaced 17 villages, the masterplan never included affordable housing for the working-class. Predominantly Bahujan laborers—sweepers, cobblers, laundrymen, and even the migrant construction workers building the city—were forced into peri-urban squatter settlements that are still visible today. 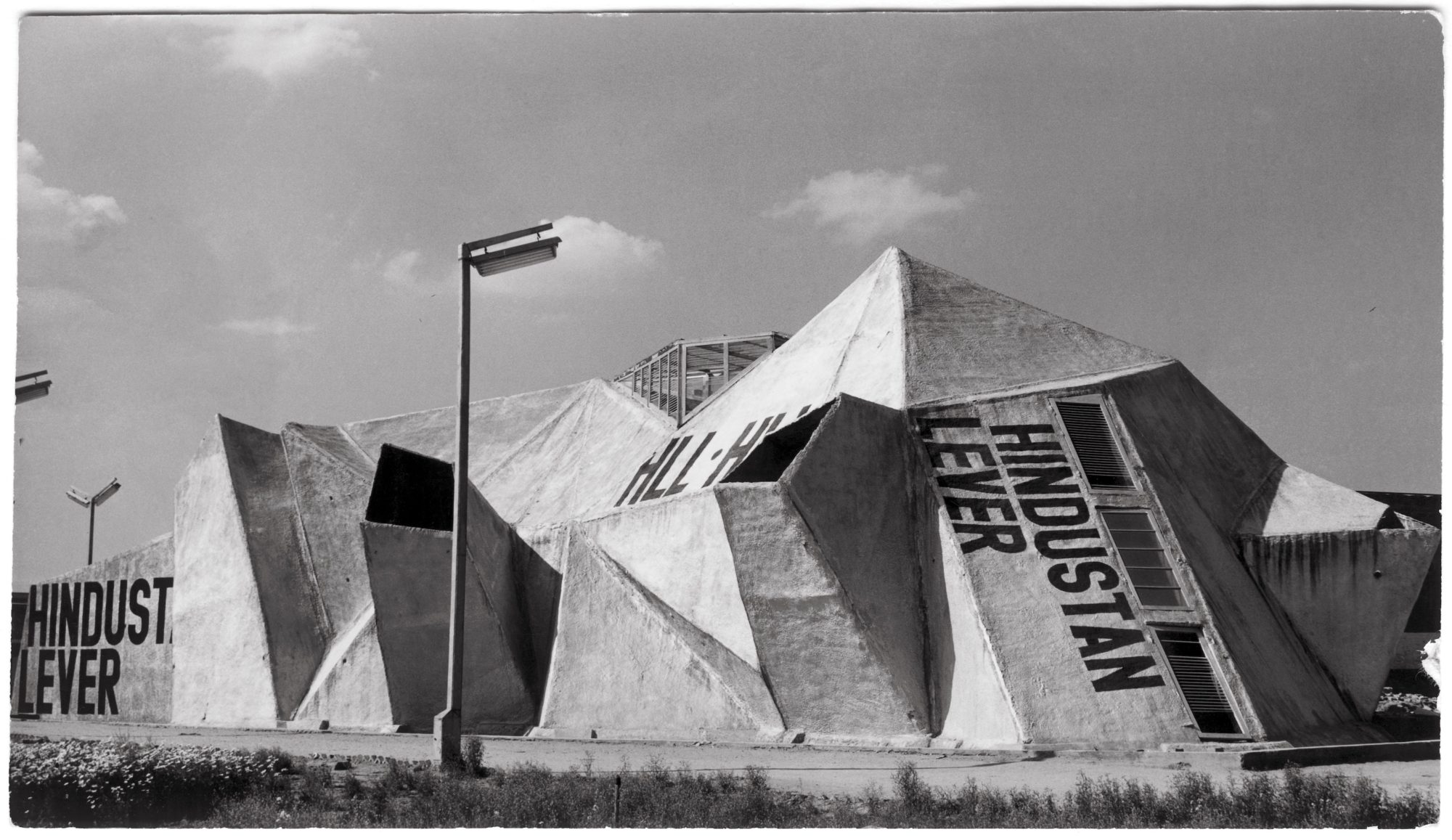 Second, there is little engagement in the exhibition with the legacies of colonial society. While it is true that postcolonial subjects appropriated modernism for a variety of reasons, the exhibit does not speak to the social positions of the first-generation of native architects whose work it celebrates: in fact, most were wealthy, Western-educated, and belonged to an elite strata within colonial society. The Western interpretations of modernity that found favor among these architects held little meaning for the rest of South Asian society. To some, modern architecture might be considered decolonial, but for many others it demonstrates a continuity in imperialist values where the making of meaning is an exercise in cultural hegemony. What else explains the lack of public concern within South Asia about the dilapidated state of many of these buildings today? Or the fact that it was only architects who objected to the hasty demolition, lamented in the exhibition, of Delhi’s Hall of Nations and Halls of Industries at Pragati Maidan?

Nor does the show adequately capture the evolving attitudes toward modernism in the decades after independence—from the early technocratic high modernists giving way to the later critical regionalists, such as Laurie Baker, Geoffrey Bawa, and Joseph Allen Stein. These designers centered placemaking, experience, and environment as key components within their work, and although their projects are displayed in the show, there is little acknowledgement that this shift signaled a deep public dissatisfaction with modernist expansion and signaled a resurgence of particularism. This is important to note, as decolonization is not a singular event or a monolithic vision, but a multifaceted, socially determined, and ever-changing process that is continuously shaped by meanings produced on the ground. And architecture, like other forms of decolonization, is deeply embedded in the social and cultural processes that produce it. Unfortunately, MoMA’s show neatly sidesteps these issues and presents architecture as a practice detached from the realities in which it is mired.

Ranjani Srinivasan is a Ph.D. student in urban planning at Columbia University's Graduate School of Architecture, Planning, and Preservation (GSAPP). A Fulbright recipient, they have previously worked as a designer for architecture firms and as a researcher for international development agencies in South Asia.