With Make it Right houses in disrepair, a community reckons with what went wrong

The implosion of Make It Right (MIR)—Brad Pitt’s post-Katrina housing experiment in the Lower Ninth Ward of New Orleans—is surely one of the most depressing architecture stories of the past decade. Launched, seemingly, with the best of intentions, in a largely African American neighborhood utterly left behind in the post-hurricane reconstruction, the actor famously recruited a roster of high-profile architects, including William McDonogh, David Adjaye, and Pritzker Prize-winners Thom Mayne and Shigeru Ban, along with other prominent national and local firms, to design 150 LEED Platinum homes in the devastated neighborhood.

It began with great fanfare, loads of good press, and a lot of building, but the project began to publicly unravel in 2018 with the demolition of a MIR house and a series of subsequent lawsuits. First, 30 families filed a class action suit against the organizational carcass that is now MIR, demanding repairs to their deteriorating houses. Eleven days later, the organization (a.k.a., Pitt’s lawyers) countersued its longtime executive architect, John C. Williams. Then three years later, in what appears to be some sort of scorched earth strategy, MIR sued its former executive director, Tom Darden, accusing him of “mismanagement.” It was an embarrassing set of finger-pointing that seemed implicitly to concede that something had indeed gone profoundly wrong.

So, what exactly went wrong? When the first lawsuits were filed, the project was already in trouble. Forty-four homes had undergone significant renovation or repair. An additional 17 experienced mold or rot, and six were vacant. Since then, conditions in the neighborhood have continued to worsen. In a recent story in The Conversation, Judith Keller, an urban studies scholar who has been following the development since 2018, reports that of the 98 remaining homes (two were demolished, the six remain empty), ”only a handful are in good or reasonably good shape.” 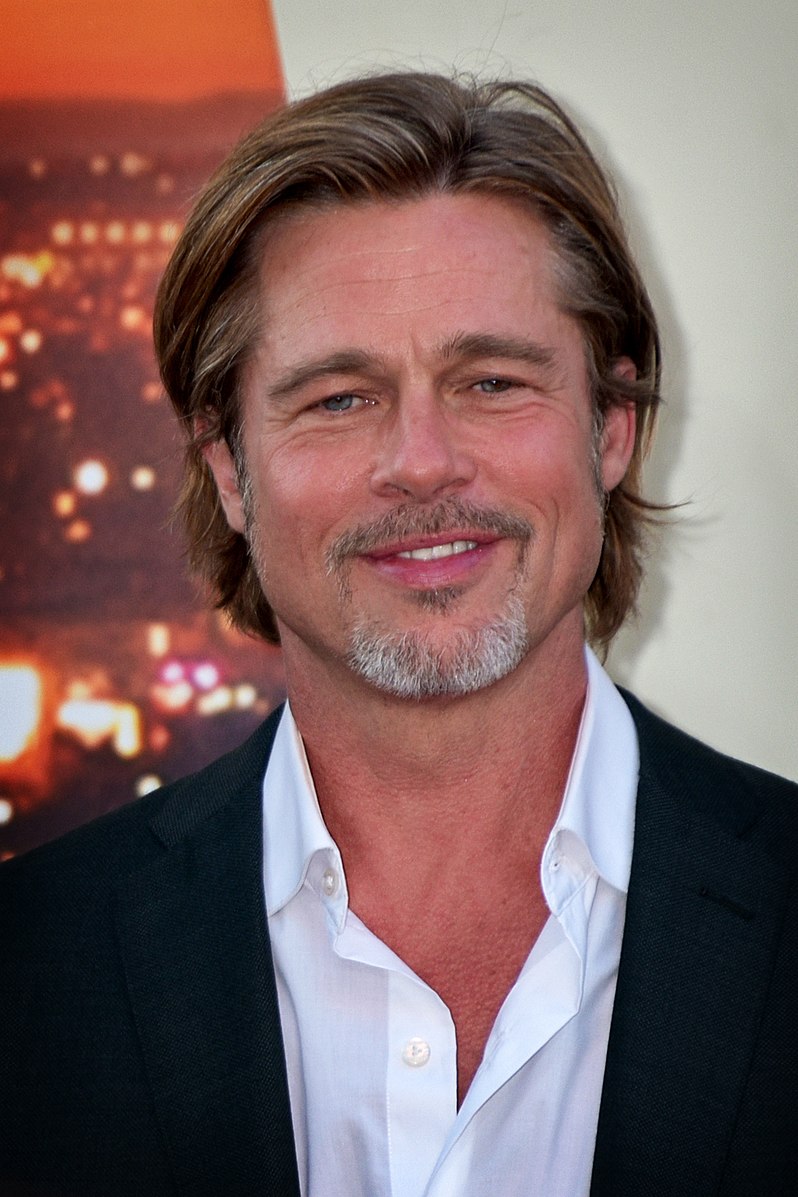 How on earth did we get here? As someone who watched the project grew from a cluster of houses into an actual neighborhood, covered the development, and now, like everyone else, possesses the absolute clarity of 20/20 hindsight, I’ve come to a reluctant conclusion: the original concept—“Brad’s vision” of inviting the world’s great architects to the Lower Ninth—might well have been doomed from the start. And not because it was a bad idea. On the contrary, it was an immensely powerful idea that held huge symbolic weight for the entire city. There’s a reason why people drove around New Orleans with “Brad Pitt for Mayor” bumper stickers and why, even today, some residents of the Lower Ninth preface criticisms of Make It Right with continuing gratitude toward the actor. (This is how I remember it, too.) At the time of the launch, in 2008—and for several years afterward—Pitt’s commitment was genuine.

But his vision was a complicated one, further complicated by the very nature of what he was trying to accomplish. Fourteen firms, each with a different scheme—a couple somewhat daring, even provocative, all of them several feet raised, using newer, untested materials, in a city feverishly rebuilding—what could possibly go wrong? Years later, even Pitt conceded the folly of his initial idea. “We went into it incredibly naive,” he told the New Orleans Times-Picayune in August 2015, on the tenth anniversary of Hurricane Katrina. “Just thinking we can build homes—how hard is that?”

The truth is, Pitt wasn’t trying just to build homes. He wanted to create a community, a collection of architecturally distinguished homes, a sustainable Utopia. Pitt’s intentions were good, but he was engaged in a grand experiment—and those are always fraught with high risk. Originally Pitt wanted to build at least one version of all 14 types, but no residents picked any of the schemes by MVRDV; one of them, an elevated shotgun, split in the middle, looked as if it had been struck by a tree—an uneasy image for returning residents. Just one “Float House” by Morphoses—an elevated, rectilinear shotgun, designed to detach from its “chassis” in the event of flooding—was built. Clearly, these and others like them were ill-suited both to the neighborhood and the moment. Residents gravitated toward more recognizable forms, while MIR tried unsuccessfully to standardize the construction process in an attempt to lower costs. They never fully succeeded.

When reports of trouble at MIR first surfaced, there was a lot of predictable noise in the design press about how these crumbling houses somehow symbolized the failure of contemporary architecture, or even served as an indictment of modernism itself. This is a tempting line of argument for purists and ideologues, but a simplistic one. It’s true that many of the designs ignored context and climate in favor of formal expression. But it’s equally true that the participating architects had little or no oversight of the construction of their homes. Once the project ramped up, they essentially handed over their designs to MIR and its consultants. One firm, Kieran Timberlake, even gave the organization permission to make any modifications necessary to lower the budget. And some designs were more respectful of climate and context—but, sadly, those performed only marginally better. The houses are beset with a long list of serious problems: water intrusion (and attendant mold), faulty HVAC systems, crumbling porches, sloppy construction. According to MIR resident Constance Fowler, there are 32 houses that need immediate inspection by the city to check for the proper ventilation of secondary gas regulators, a potentially serious issue.

“It is fair to say that the homes designed by local architects performed better because some of the local building wisdom came into practice,” Keller says. “In general, the homes that had flat roofs performed poorly. But it’s important to keep in mind that most of the homes are having problems.” This seems to indicate that the failures are more systemic, more connected to their construction than to their design. But, to be fair, we won’t know this definitively until after the legal proceedings. Books will, of course, be written.

In the nearby Ninth Ward, there’s another celebrity-driven housing development, this one less-glitzy and high-design but infinitely more successful. Spearheaded by Harry Connick, Jr. and Branford Marsailis, in collaboration with Habitat for Humanity, Musicians Village is a post-Katrina neighborhood with 72 single-family homes, five elder-friendly duplexes, a pocket park for children, and the Ellis Marsalis Center for Music. The eight-acre site is home to musicians and related service industry workers. The shotgun-themed houses are construction-friendly and modestly built. Needless to say, they’re not LEED Platinum, nor are they anyone’s idea of “cutting-edge” design. Some of these houses have had maintenance issues, too—with about 70 inches of rain a year and an active annual hurricane season, New Orleans is tough on all homes. Nevertheless, Musicians Village today remains a viable, thriving and close-knit community. And that raises an uncomfortable question for Brad Pitt: shouldn’t architectural experiments, however well intentioned, be limited to clients who can afford to walk away if the experiment fails?

Although it’s hard to fathom now, given how much bad blood has been spilled, MIR was for several years a responsive, engaged organization. Darden and Williams were active presences in the Lower Ninth. MIR sought out displaced residents. It helped secure mortgages, built a park and neighborhood garden, hosted events, even created a whitepaper on stormwater management for the city government. So now what’s almost as distressing as the woeful condition of the houses is the organization’s legal silencing of the community. Prior to shutting down, MIR required non-disclosure agreements (NDAs) from construction and demolition companies doing major repairs and removals. For obvious reasons, it’s difficult to get a firm number of how many residents signed NDAs, but many did. “This community has been broken by NDAs, and their inability to even talk about their problems,” says Fowler, an activist and resident since 2014, who lives in a house designed by BNIM. Cruel irony, from an organization that was once a genuine model for public engagement.

But the most pressing issue now is the dire condition of the homes. Some are unhealthy, even dangerous to live in, especially for elderly residents. Who knows where the lawsuits will land, how long they will take, or if they’ll even provide residents with the help they need? Since all of this mess coincides with Pitt’s spectacularly messy divorce—MIR was early on a Jolie-Pitt collaboration—the blanket of NDAs and flurry of blunt countersuits sure look like a checked-out Brad Pitt ordering his lawyers to make it all go away. But can he really walk away? Make It Right isn’t a stalled movie project, stuck in turnaround. It’s a neighborhood of Pitt’s own creation that needs help almost as badly now as it did 14 years ago, when he first showed up. He knows the drill. (We’ve read all about it.)  “When you get sobriety,” Fowler says, “you make amends.” Brad Pitt still has some work to do in New Orleans.